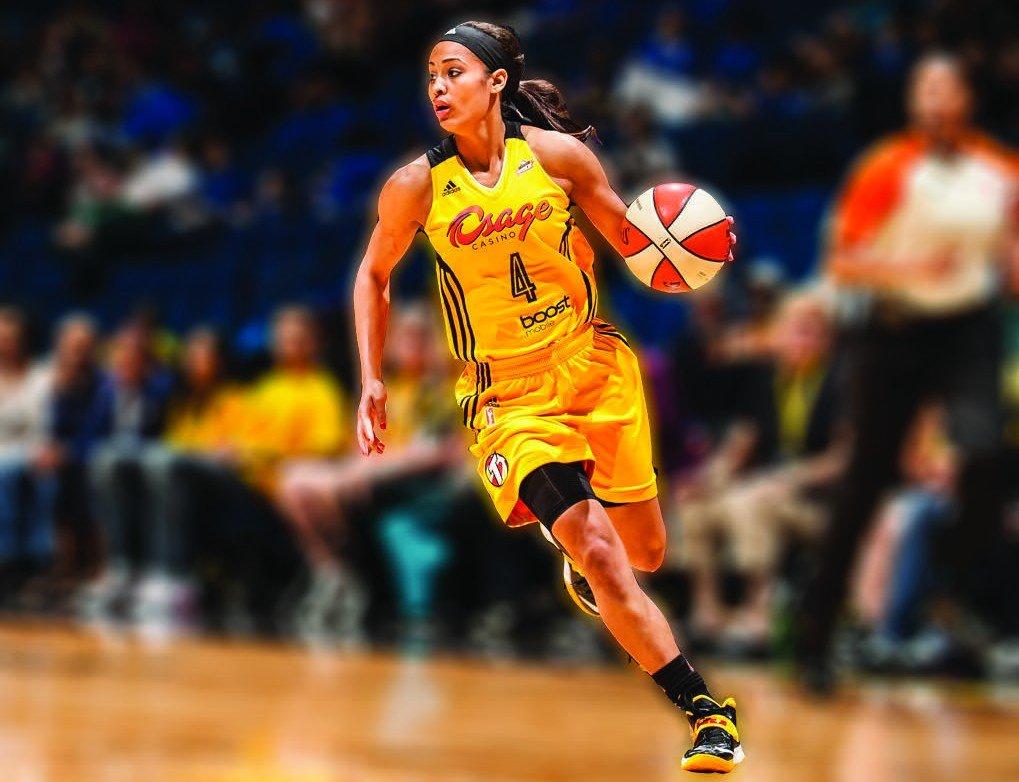 Jacky Moore
Showcase
January 28, 2016
From its creation in 1996, the Women’s National Basketball Association (WNBA) has proven itself to be a failure. Top athletes travel overseas to avoid the WNBA’s obscenely low wage cap, consequently lowering talent on the court. Abysmal viewer turnout and embarrassingly low salary limits have handicapped the league’s reputation beyond repair, which is reason enough for the WNBA to be shut down.

Perhaps the most crippling blow to the WNBA and its future is that, in its 20 years of existence, the league has never caught on with the American public. Nearly all prefer to follow the National Basketball Association (NBA) due to the rapid pace of male basketball players, ignoring the slower-paced WNBA games. The sheer overwhelming athleticism of male players is considered far more entertaining to watch than the limited physical prowess of players in the WNBA.  This has proven to be a major factor in the league’s microscopic viewership.

By 2014, only 11 dunks had been scored in the entire history of the women’s league; in contrast, Golden State Warriors forward Draymond Green made 21 dunks so far in the 2015-16 season. Nearly everyone in the United States knows who Michael Jordan and Kobe Bryant are; however, Sue Bird, Tamika Catchings and Lisa Leslie, considered to be three of the top women’s basketball players in the nation, have yet to become household names.

According to the Sports Business Journal, WNBA games averaged 7,318 viewers during the 2015 season. That same year, NBA games had an average of 17,826 people in attendance.

In a conference regarding women in sports, NBA Commissioner Adam Silver blamed the poor turnout on a lack of media attention.

“There’s virtually no coverage,” Silver said. “We thought ratings and attendance would be higher.”

This absence of viewers severely limits profits, consequently forcing the league to monitor its money. The WNBA’s limits on its spending manifest in the form of wage caps that embarrass both players and the league as a whole. Players in the league can only make a maximum of $111,500 per year; in contrast, Kobe Bryant made over $23 million solely during the Lakers’ 2014-2015 season.

This salary restriction has driven female players to play in other countries, the most notable instance being WNBA poster child Diana Taurasi. Considered to be one of the top women’s basketball players worldwide, Taurasi only made $107,000 in 2014 while playing in the United States.

This year, UMMC Ekaterinburg, Taurasi’s Russian Premier League team, paid her over $100,000 to sit out the 2015 WNBA season to avoid potential injuries and being worn down in the States.

“My agent said it would be financially irresponsible not to do it,” Taurasi said in an interview with the New York Times. “Why shouldn’t I try to make the most money I can?”

It certainly is more profitable for her to play overseas: Taurasi makes $1.5 million playing outside of the United States during the WNBA offseason. Other countries, most notably Turkey, Israel and Russia, are more invested in women’s basketball than America is, and pay their players higher salaries.

The fact that Taurasi has chosen UMMC Ekaterinburg over the U.S. team Phoenix Mercury poses a threat to the American league. Once other top players realize their skills are more valued elsewhere, the already-limited talent in the WNBA could further decrease, should they too choose to play abroad.

“At the end of the day, it’s definitely a business decision,” WNBA player Tamika Catchings said to ESPN.

Catchings makes approximately $105,000 playing for the Indiana Fever. Like many others, she plays overseas in the off-season, her specifically for Turkish team Galatasaray.

If more of the WNBA’s top players choose to play for their foreign teams over their American ones, the level of play in the league will drop.  Even now WNBA games are slower and less explosive than those of the NBA; the loss of talent in the former will further reduce incentive for the already limited number of WNBA fans to continue watching women’s basketball games.

Additionally, certain teams lose money with each passing season. In 2014, the Los Angeles Sparks management surrendered control of its team, citing an inability to regain the $12 million lost by the team from 2007 to 2014. The failing of the Sparks is not an outlier; one-third of all the teams ever to exist in the WNBA have folded.

The WNBA currently has a network contract with ESPN that Swish Appeal estimates being worth at $12 million per year; in contrast, ESPN gives the NBA $930 million annually. The media value of the women’s league is incredibly small, and it is doubtful it will grow. The stigma associated with women’s basketball, demonstrated by the microscopic value placed on its television rights, has ruined the WNBA’s reputation.

The stigma attached to the female sport due to the failings of the WNBA is now inescapable.  Many consider the women’s league to be the inferior sister of the NBA, and this sentiment has morphed into the mindset that women’s basketball as a whole is a joke.  Unprofitable, unpopular, and impossible to repair, the WNBA should be shut down to save its players and women’s basketball’s reputation in the United States from further embarrassment.