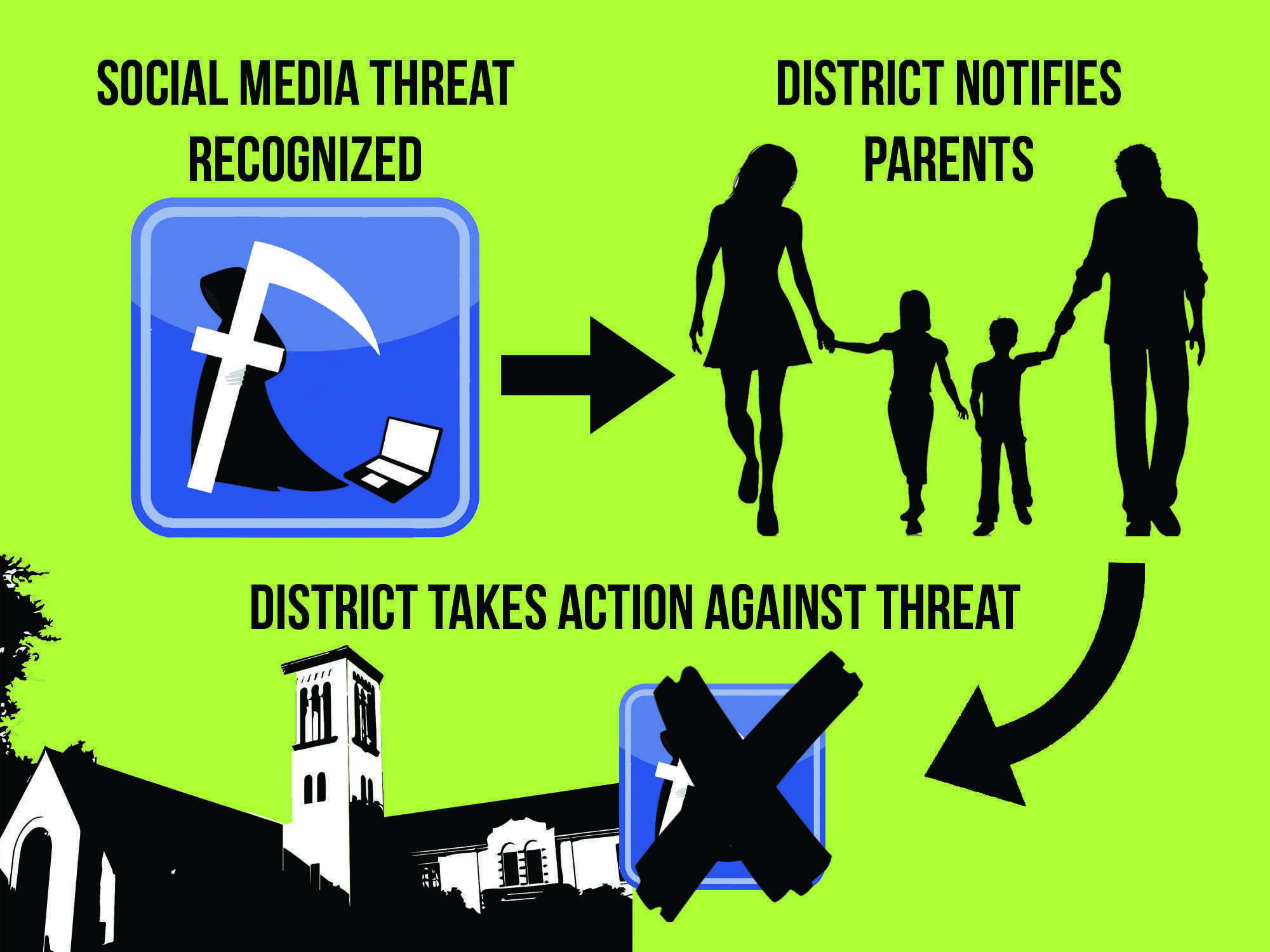 A recently revised Palo Alto Unified School District (PAUSD) Board of Education policy on student records will allow the district to access students’ social media activity provided that there is a student complaint concerning potentially threatening online activity and that the district notifies the parents and students involved.

Board Policy 5125, which recognizes the importance of keeping accurate, comprehensive student records and complies with state law requirements, has been updated to reflect the new state law that requires California school districts to notify students and parents or guardians when accessing a student’s social media activity due to student allegations of either cyberbullying, posts containing potentially suicidal material or any other dangerous online activity.

According to the law, if the district is notified of any social media activity that may pose a threat to any student, PAUSD will need to provide student and parent notification in order to be able to access a student’s social media.

A revision of state education laws and an incident last year prompted the revision of student records policy. The incident involved a student threatening another student with violence over social media. The victim of the cyberbullying contacted the district, which told the police, and both parties then conducted separate investigations.

According PAUSD Superintendent Max McGee, the district’s need to notify students and parents before conducting an investigation is the main element of the revision approved by the board on Tuesday.

“I think [students and parents] will appreciate the notification requirement,” McGee said. “This really concerns when there are problems or complaints; we are not intending to start a monitoring system for students’ social media, [the district is] not trolling social media to see what students are saying.”

“[The district] hopes that students will come to us,” McGee said. “If [a student] reports something on social media, whether it be cyberbullying, [connotations of suicide], or if it poses a threat to another student in any way, I think people would want us to investigate it. My whole message on suicide prevention has been about the importance of being vigilant and looking out for each other.”

If further investigation of an incident of dangerous social media activity is warranted, the district plans to involve the Palo Alto Police Department in order to ensure the safety of the students involved.

With social media becoming increasingly integral to student-to-student communication, the district hopes that the policy will maintain the safety of students both online and offline by detecting signs of potentially threatening activity before it becomes a larger issue.

“Our goal is to respond to any imminent danger a student has to themselves or to others,” McGee said. “If a student self-harms or harms others, it is imperative that [the district] steps in and that students step in and say something. If [the district] knows about it, then we will certainly do whatever we can to help a student or keep him or her safe.”

Junior Thibault Collignon agrees that the district is being responsible by getting involved in student-reported incidents of cyberbullying.

“I think that the district’s intervention, only if reported by a fellow student, is necessary in order to prevent a student from causing harm,” Collignon said. “I would definitely support the idea that social media should be used as an efficient tool to prevent harmful situations within the student body.”