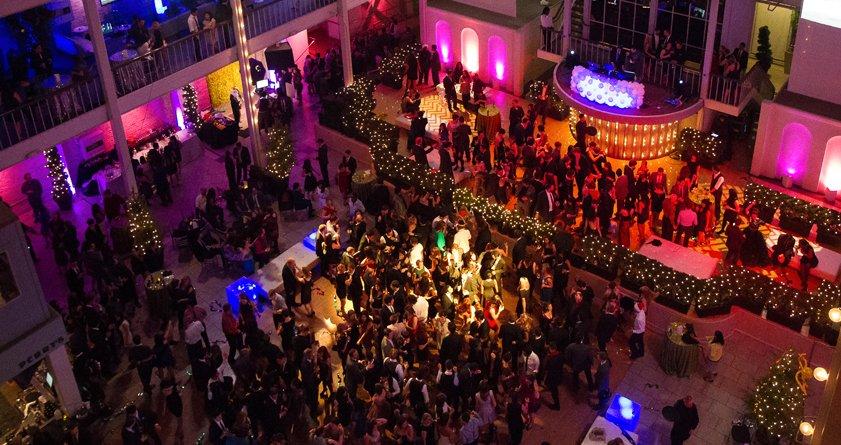 This year’s Prom will be held at the San Francisco Design Center Galleria on April 16.

Prom to be held at Design Galleria in April

At the rally on Jan. 14, it was announced that the annual Prom dance would be held at the Design Galleria in San Francisco in mid April. The Winter Rally featured a staff versus student soccer game, which replaced the traditional basketball game due to the current reconstruction of the big gym. The staff won the game with a score of 3-2, and the rally also featured a performance by the Paly Dance Team.

“Prom is being held at the San Francisco Design Galleria,” Junior Class President Noa Ben-Efraim said. “The ASB officers who are planning Prom are visiting the location soon. It’s a four-story building with a spacious atrium in the middle. We actually have capacity up to 900 people. Last year we actually ran out of tickets.”

Prom dinner has changed each year and this year it will be served as standing hors d’oeuvres. The dance event will take place over four hours from 8 p.m. to 12 a.m. Once again, buses will be provided and mandatory for those attending Prom in order to combat student drinking.

Ben-Efraim was very happy to see the student body out on the football field showing their school spirit during the Winter Rally, especially because of the complications due to the construction of the big gym.

“Having to plan events around construction is a really big theme in ASB this year, and not being able to hold the traditional senior versus staff basketball game was just another hurdle,” Ben-Efraim said. “The soccer game was very visual and so much fun to watch from the bleachers!”

Earlier in the semester, it was announced that Paly will have a joint winter dance with crosstown high school, Henry M. Gunn High School. This is the first of its kind in recent history at Paly and it is open to all grades. The dance will take place during late February with the theme of “Highlight the Night.” The theme was derived from student input, and encourages students to wear neon clothing to the dance.

“I think the joint high school dance is going to be a lot of fun,” Ben-Efraim said. “It’s held at the Mitchell Park Community Center and we’re hoping the attendance will be really high.”

For the upcoming semester, ASB will implement an International Lunch and run the traditional second semester club day for those who wish to join any new clubs.

Further into the semester ASB will bring back the intramural sports tournament from last year.