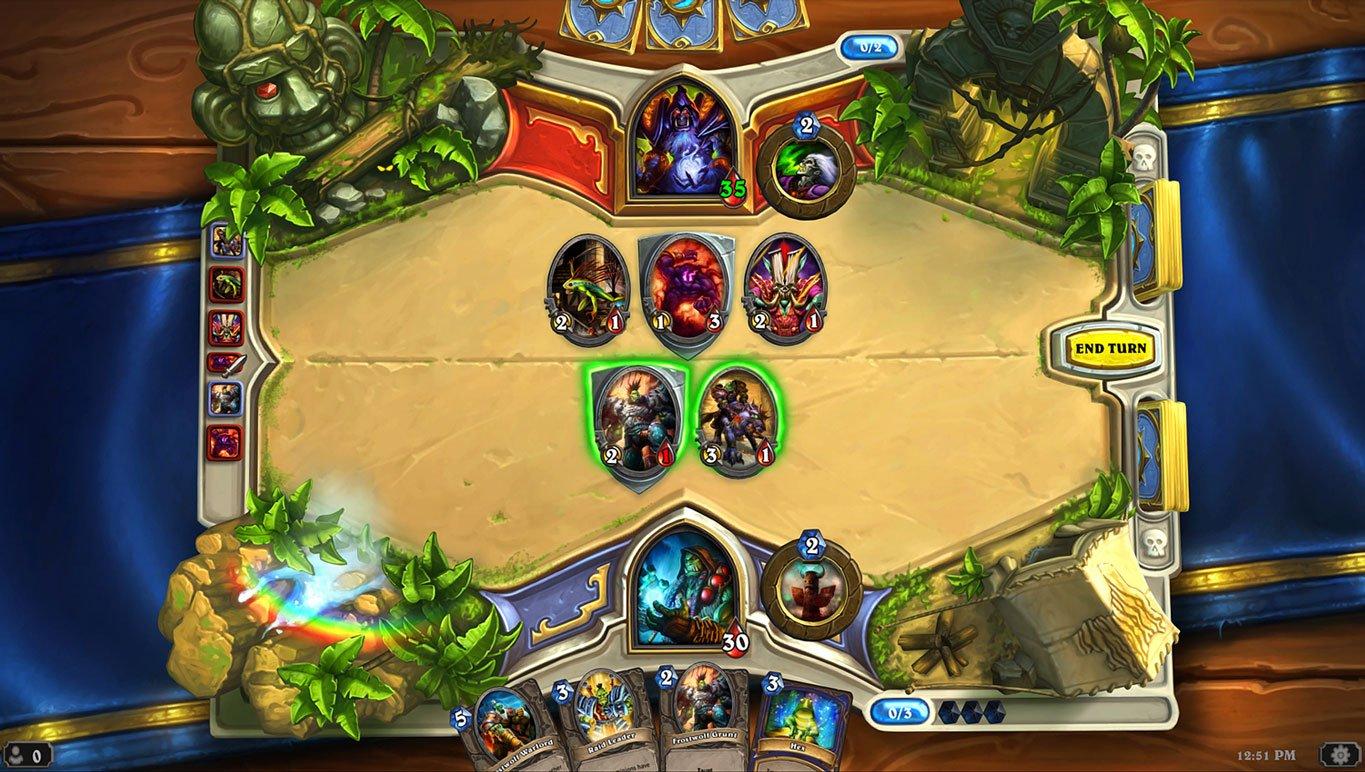 Hearthstone: Heroes of Warcraft is approaching its two-year anniversary, and game developer Blizzard is preparing to implement the biggest changes the popular digital card game has seen thus far. In a conversation with Polygon last week, Blizzard revealed plans to add formats to Hearthstone beginning with the launch of the game’s first expansion of 2016 in the spring.

The idea of formats will be familiar to people who have played traditional card games such as Magic: The Gathering. Essentially, formats are rules that determine which cards from the complete set can be used in any given game. In the case of Hearthstone, there will be two formats introduced in 2016: wild and standard.

Wild format is the traditional mode that players have used up to now, where cards from all expansions and adventures is allowed. The new standard format will only allow cards from the Basic and Classic sets and any expansions or adventures from the the last two calendar years. Both wild and standard will have separate ranked and casual play modes.

“The volume of feedback that we’ve been hearing is, ‘Hey, it’s getting more and more difficult to get my friends to play Hearthstone,’” lead designer Ben Brode told game forum Polygon in an interview. “We really want each new thing that we release to really shake up the meta-game. It’s one of those things that very slowly, over time, it gets harder and harder to do that.”

When standard format is introduced this year, cards from the Curse of Naxxramas and Goblins vs. Gnomes sets will not be allowed in that format. Blackrock Mountain, The Grand Tournament, and League of Explorers cards will be allowed, along with Basic and Classic cards and cards from the currently unnamed new expansion.

Blizzard is calling 2016 “The Year of the Kraken” as “a thematic way to refer to the first year of standard format year.” As card sets are rotated out of standard with each year’s first expansion, Blizzard will give each year a new name. Once a set has been rotated out of standard, it will no longer be purchasable with either real money or in-game currency. Players will be able to craft any non-standard cards they want to use in wild format using the game’s arcane dust crafting system. This includes cards from adventures, which were previously uncraftable.

Adventures will also no longer be purchasable. Blizzard may consider making non-standard adventures purchasable again in the future, but the developer wants to avoid confusing new players with options that aren’t as useful to them.

“Most of Hearthstone isn’t changing,” Brode said. “You can still play Tavern Brawls with all your cards and solo adventures and challenge your friends and play in wild mode. We’re basically just adding a new way to play if you want a meta-game that changes more frequently or don’t have all the cards and want to get into a mode where you don’t feel like you have to go get every card ever made. That’s really what standard is for.”

In addition to the new formats, Blizzard is taking this opportunity to introduce further changes to Hearthstone.  One of the changes is that players will now be able to create and save 18 deck slots, more than the current nine allowed. The Hearthstone team will also use the deck rotation each year as an opportunity to review and tweak cards from the Basic and Classic sets, which will remain part of standard format forever.

“We have a list of cards that we’re looking at,” Brode said. “This will be the biggest balance change that we’ve ever made to Hearthstone.”

Blizzard has not said when the new cards and changes will be added and patched into the game, but Brode mentioned a spring release was a realistic possibility.