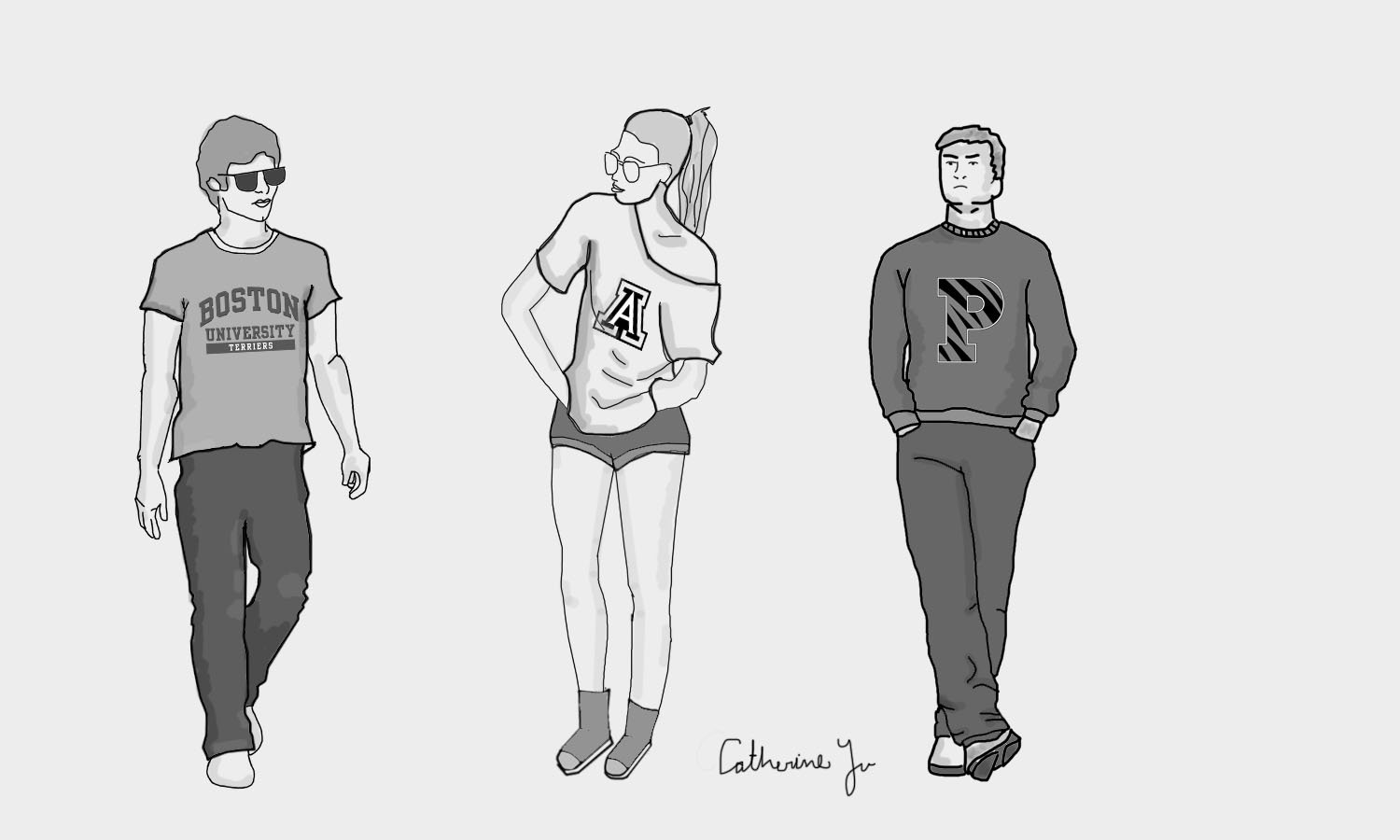 Maggie Rosenthal
Opinion
February 24, 2016
From graduation caps decorated with college logos to The Campanile’s own College Map to wearing college apparel the day following finalized college decisions, advertising one’s plans for the next four years is customary for any graduating senior. But these practices do not occur without complaint. Administrators, parents and stud

ents alike have all attempted to address this “issue,” questioning these traditions and their alleged role in adding to the stress and pressure students face.

Though these concerns are backed with good intentions, they are nothing if not misguided. Instead of focusing on ways to eliminate college from discussion, it is more practical and helpful to strive to reform the larger issue around college and the related stress, stemming from the culture and sentiments of the community.

College is the next step for most graduating seniors, as over 90 percent of the graduating Class of 2015 went directly to college, according to the Palo Alto High School profile. Because of this, ignoring the fact that the majority of seniors will be continuing their education after graduation, or attempting to conceal the exact schools where they will be attending is not an effective way to handle the situation.

To truly address the issue of stress and pressure coming from college admissions, there must be a conscious shift in attitudes towards college and academic achievement as a whole by administrators, teachers, parents and most importantly students.

Many wrongly perceive the issue of stress as coming from the display of college pride, the boasting of getting into a “good school,” and look at these factors as added stressors to those who may have ended up in final circumstances they did not expect. But students displaying their pride in their future endeavors is not and should not be considered the root of the stress related to college applications.

The true problem lies in the assumption that a student knowing what other students’ future plans are would negatively impact his or her own outlook. No student, or anyone for that matter, should view another success as his or her own failure. From the curving method that requires contrasting students to the college admissions process that pits students from the same school against each other, the academic system we have all been through has failed us in one major aspect.

The main motivation in all of this is competition, a comparison of students. No one group is to blame for this, but the mentality of being against one’s peers pervades into all attitudes towards academics, including college decisions after they have been made.

As students, we must shift from comparing ourselves to fellow classmates to supporting one another. Someone choosing to go to a certain college is not a personal attack on another student who wanted to go to that college. It is simply an achievement for the person who has decided upon a college that is a fit for them and should not be viewed as anything more than that.

Anyone instructing students to downplay where they are attending college is acting detrimentally, despite any good intentions that come along with it. Denying students the ability to outwardly show college pride perpetuates the harmful ideas in the community that one set of post-high school plans is somehow better than another.

The mentality of being against one’s peers pervades into all attitudes towards academics.

College is a goal that many students have worked towards for four long years. It is a tremendous accomplishment for all who choose it and is not something to be dismissed. All seniors should feel free to share this achievement without shame. Yes, college is a personal decision, but once that decision has been made, it is something to be celebrated, not hidden.

The community’s actions to reduce stress related to college are meaningful in intent, even if not in actual execution. It is an appreciated gesture and not one to be overlooked. The effort, coming primarily from school administrators, is important, and shows a level of caring for students that is not underestimated.

But these efforts could be more effective and do more if placed in beginning a change in culture, a jumpstart to new attitudes of support rather than competition, instead of ending traditions that simply allow seniors to show their joy and excitement for the future.