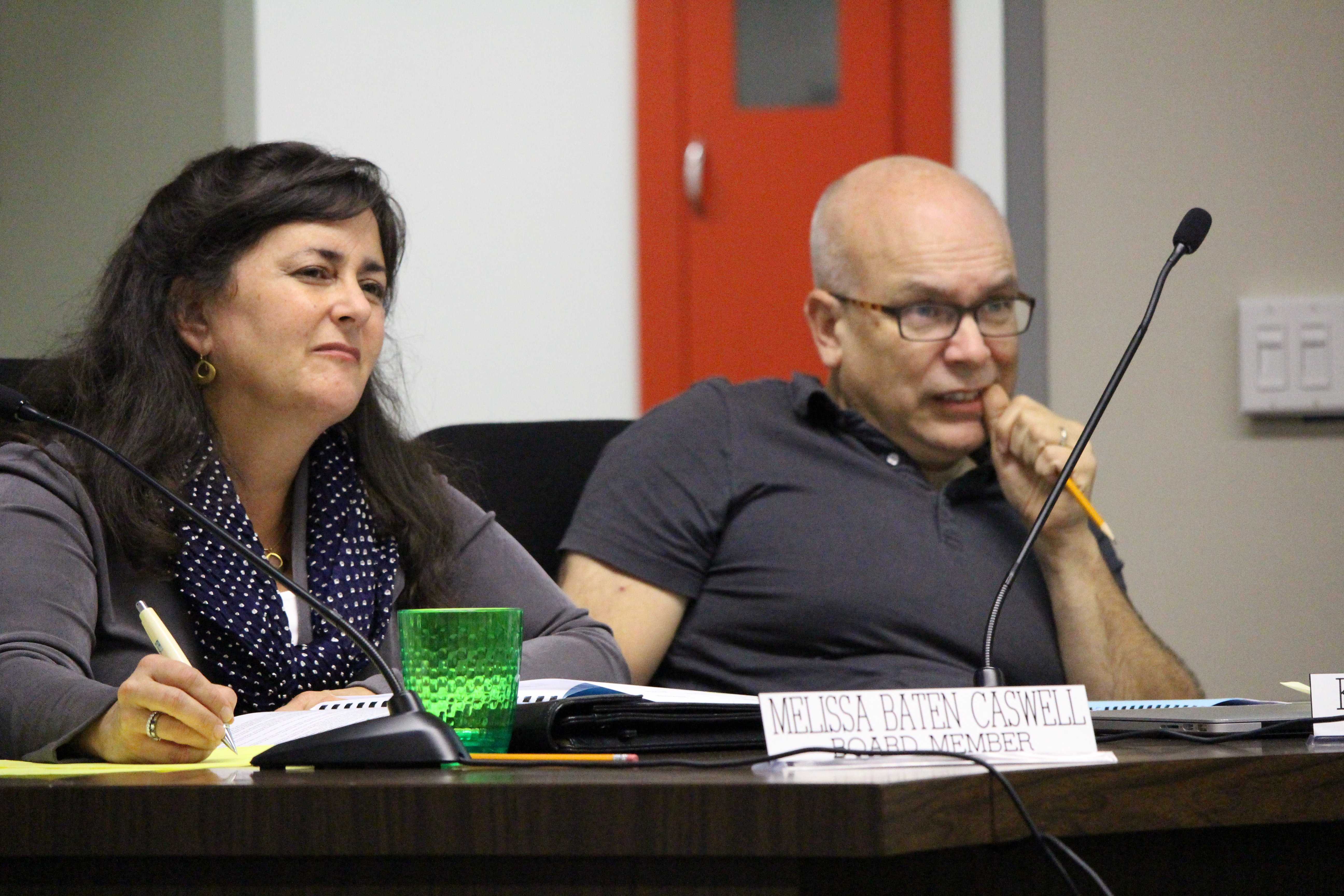 Board to decide distribution of budget

Ethan Teo
News
February 25, 2016
California’s Senate Bill 77 has allocated $490 million in block grants to public schools across the state in accordance with the Educator Effectiveness Program Plan. The Palo Alto Unified School District (PAUSD) Board of Education and the Educational Services team discussed the district’s proposal to adopt the plan, as well as the allocation of PAUSD’s $1.3 million grant from the state of California at the board meeting on Feb. 23.

With funding from the state, teaching staff will have greater access to workshops, summer institutes and other resources. However, the board is concerned over a  lack of clarity in the evaluative process of the plan.

“You have to use multiple metrics because success in professional development is very hard to gauge,” board president Heidi Emberling said. “What works for one student may not work for another. What works in terms of professional development for one teacher might interpreted differently by another teacher. I think we have to find some metrics and ways of measuring outcome towards the goals that we set. ”

After the meeting, the Educational Services team hopes to make a more detailed plan. The board will make a final decision about the plan on March 8.

The board also discussed plans to expand support from the Asian Americans for Community Involvement (AACI), which provides parenting services to Mandarin, Korean and Spanish speaking families. PAUSD’s contract with AACI will be extended for the remainder of the school year for $15,000.

Board member Ken Dauber proposed an additional $50,000 of funding for use regarding mental health and wellness support at the staff’s discretion for the remainder of the 2015-2016 school year. Dauber believes that one of the district’s top most priorities should be the increase of extensive mental health care coverage for PAUSD students.

“It’s clear that some students are having a hard time accessing services that they need,” Dauber said. “For example, some students don’t have good health insurance or their parents are not supportive of them of getting mental health care.”

Dauber’s mental health awareness proposal, as well as the extension of AACI’s contract, was unanimously approved by the board.

The board will discuss the budget on mental health and wellness support for the 2016-17 school year at its next meeting. As of now, the district will likely spend approximately $50,000 on expanded AACI services for the 2016-17 school year and also add one full-time Adolescent Counseling Service (ACS) staff  member to be shared by the two PAUSD high schools. This staff member will specifically deal with issues of drug and alcohol abuse.

“I think that drug and alcohol abuse is clearly an issue in Palo Alto as it is in most other communities,” Dauber said. “There’s a clear need and a clear benefit in providing these services.”

In addition to partnering with ACS to strengthen support for drug and alcohol abuse, the district is likely to invest in rebuilding partnerships with local health providers like the Palo Alto Medical Foundation.

“There used to be stronger partnerships in addressing drug and alcohol abuse between the school district and local health providers,” Dauber said. “Those partnerships are not as strong as they used to be, so I think it’s important to build those back up and it’s also useful to have an ACS staff member focused on that.”