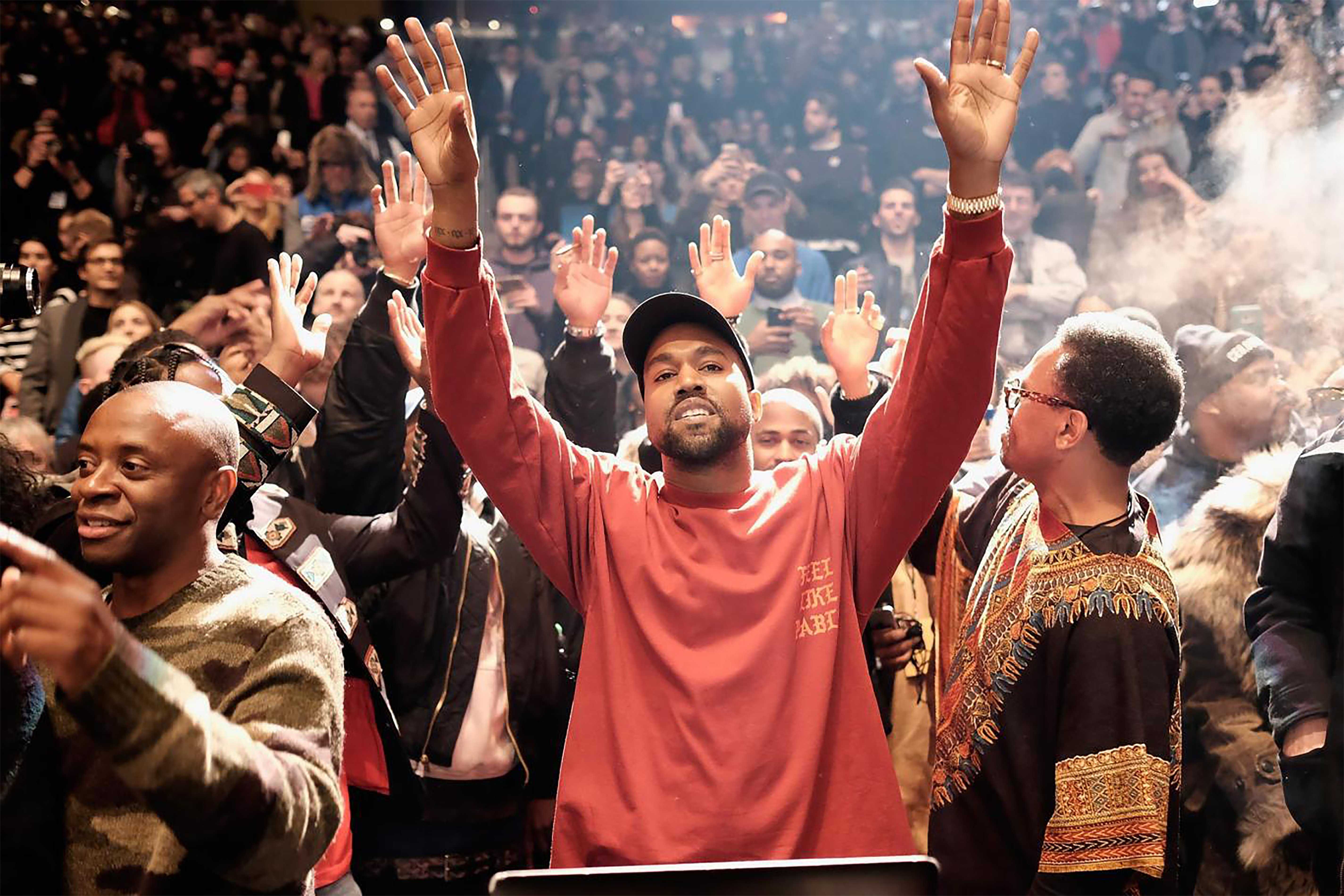 Kanye West has always been at his best when he pushes boundaries and influences hip-hop in a greater way. He sets precedents for stylistic evolutions in the genre to the point where his albums can serve as benchmarks dividing the modern eras of rap. His albums have historically set the stage for the next wave in hip-hop, from the impact of “808s and Heartbreak” ushering in a generation of autotuned melodic writing to “Yeezus” subverting sonic expectations and paving the way for greater experimentation within the genre.

These works have been lauded universally not only for their originality but for their near flawless execution. This is due mostly to Kanye’s perfectionist work ethic and devotion to excellence. But the Kanye we see on his latest record, “The Life of Pablo,” has become less Dürer and more Pollock, mixing spurts of genius with wild unfiltered creative abandon to create a hastily finished work that is equal parts incredible in its ambition and disorientingly ad-hoc in its execution.

“The Life of Pablo” is interpreted as an ambitious conceptual album chronicling Kanye’s struggle to retain his devotion to his family and religion amidst the trappings and temptations of fame.

Lately, Kanye has diversified his creative vision into almost every conceivable field of expression, ranging from film to fashion design, and focused especially on his Yeezy Season line of ready-to-wear clothing In all lanes, however, his previous perfectionism seems to have been left in the dust in favor of raw, unfiltered final products that seem to stem directly from his bizarre psyche. “The Life of Pablo” is exemplary of a new Kanye, one who publicly switches his album name three times in a month, changes track structures and arrangements on a whim the night before release, and generally disregards all standard practices for modern album releases and creative endeavors in general.

“The Life of Pablo” is interpreted as a conceptual album chronicling Kanye’s struggle to retain his devotion to his family and religion (the title referring to Kanye as Pablo, or Paul the Apostle) amidst the trappings and temptations of fame, a theme consistently addressed throughout Kanye’s career, forming the central narrative of his 2010 opus “My Beautiful Dark Twisted Fantasy”.  The sonic duality representing Kanye’s binary internal conflict is blatant, with his signature soaring gospel refrains and dense arrangements juxtaposed against seemingly random samples of Desiigner’s single “Panda” and robotic crooning about bleached assholes.

Despite the conceptual purpose it serves, the album’s incredibly busy and varied composition can be jarring and confusing. Listeners are lucky to get to enjoy more than a few measures of each promising concept before being thrown mercilessly into something dramatically different, never to return. This frantic devotion to the switch up leads to tracks — like “Father Stretch My Hands Pt. 1” and “Pt. 2” —  sounding more like a diverse sonic mood board than a finished idea, leaving fans of any one particular stretch wanting more but scratching their heads at various other sections of the 5-minute suite.

The album also flits between Kanye rapping with some of the most proficiency he has ever shown on songs like “No More Parties in LA” to lazy and misguided boasts against a familiar cast of enemies Kanye has made in his day, ranging from Ray J to Taylor Swift. These lyrics are an effective self-parody of how Kanye is seen by the uneducated, People Magazine-reading crowd, who make up the majority of his detractors. But when they are delivered with such desperate sincerity, they render certain songs unplayable in mixed company and difficult to stomach even in privacy. The shock value aspect serves only to fuel tired twitter meme machines in the interest of quick album promotion and will detract from the long-term legacy or lyrical consistency of the album. On “Pablo,” Kanye simultaneously proves that he can hold his own on a track with Kendrick Lamar and that he should think twice about recording raps at all. This paradox is part of the inherent duality of his concept, but does not absolve him from the fixation on his petty personal drama as a subject in lieu of the less harebrained themes explored on other parts of the record.

The pop hype machine surrounding the album also detracts from its potential. In contrast to “Yeezus” lack of mainstream features and accessible melodies, “Pablo” features guest choruses by artists like Rihanna, Chris Brown and on an early version of the album, Sia. These artists come in seemingly with the intention to try as hard as they can to prove they can sing well in a pop context, leading to unneeded segues into desperate belting on songs such as “Waves” or “Famous,” which otherwise features sinister looping instrumentation that needs nothing less than an interlude of power ballad vocals. The clout Kanye pulls in the music industry as well as his respect for these artists’ works influence their respective placements on the album. However, just because you can feature a pop star it certainly does not mean you should, and the various collaborations only further complicate the already difficult jumble that makes up the tracklist.

It seems as if for the first time in his career, Kanye has released an album not because he has something to say or a new concept to introduce to the greater hip-hop genre, but because the world was clamoring for a new Kanye album and he felt obligated to provide.

But amidst the tangle of top 40 intrusions, lewd sexual exploits, and absurd grandiosity, Kanye’s natural ability as a musician and artist still shines through. “Ultralight Beam” is an excellent opener and collaboration with fellow Chicagoan and spiritual successor Chance the Rapper laying down beautiful vocals and a cleverly referential verse. “Freestyle 4” channels the same raw energy that worked so well on “Yeezus” as a dark interlude before the tongue-in-cheek spoken word “I Love Kanye.” “FML” is a gorgeously written ballad showcasing Kanye’s melodic writing skills at their finest. The ending of the album from “Real Friends” to “No More Parties in LA” contains some of the best Kanye songs in a very long time in terms of technical lyrical writing and production. For all of its confusion and offense, Kanye simply will not let listeners ignore the merit inherent in his music — “Pablo” can never be regarded as a complete failure when it includes such successful moments.

“The Life of Pablo” represents a veritable grab bag of the different concepts that have been reverberating around Kanye’s mind. From its wild release, which has been unparalleled in both its hectic nature and its publicity through Kanye and others’ social media feeds, we can see the melding of many very different concepts into one final product. The lack of cohesion is unfortunately too clear, and it is easy to tell which songs have been formulated for months and which were recorded hours after the label deadline during the album’s delayed release.

It seems as if, for the first time in his career, Kanye has released an album not because he has something to say or a new concept to introduce to the greater hip-hop genre, but because the world was clamoring for a new Kanye album and he felt obligated to provide. This can account for the self-derivative nature of even the album’s best songs, which tend to just sound like a return to the general sound and feel of “The College Dropout” after a decade of debauchery and insanity. By making an album primarily aiming to please his fans, detractors, and himself, Kanye has relinquished the subversion and innovation that have led to his career-spanning streak of quality releases and instead taken the easier route of impressing Twitter feeds and online music publications in the short term. In the long term however, Kanye West as a mogul and public figure will remain as prolific as ever as he shows no signs of stopping his barrage of madness and genius.