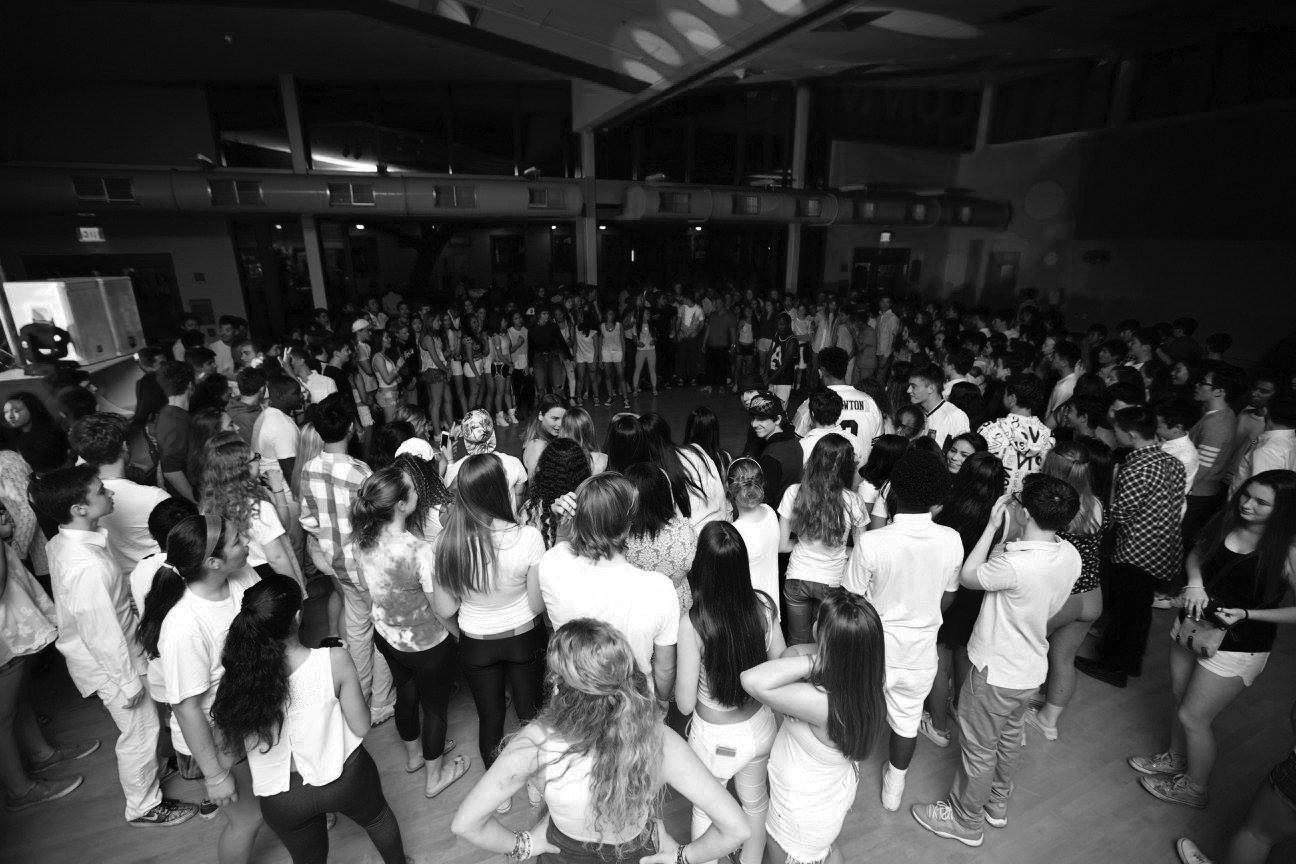 Several students arrived at the Paly-Gunn dance, “Highlight the Night,” which was a huge success with over 600 students attending.

As the fourth quarter starts, Palo Alto High School’s Associated Student Body (ASB) has lined up many events to finish out the school year, including the Paly and Henry M. Gunn High School interschool night rally. The rally will take place  at the Gunn gymnasium on March 24 from 7 to 9 p.m.

Following the success of the Paly-Gunn “Highlight the Night” dance, which was attended by around 600 students, along with the success of  Paly’s night rally that occurred during Spirit Week, ASB thought that it would be beneficial for both schools to organize the first ever joint rally.

“We heard a lot of positive feedback after the Spirit Week night rally, so we wanted to do another event, and the Paly-Gunn dance went great, I think it’s a good kickoff for more interschool events to come,” ASB President William Zhou said. “Students can expect double the spirit and even more hype for these events.”

At the rally, there will be many activities, including Paly versus Gunn competitions and an extremely exciting staff versus student volleyball game.

“I’m excited for the rally,” senior Aidan Van Vleck said. “I think that it’s a good way to promote interschool unity. And also, if there are any Paly vs. Gunn competitions, I’m absolutely positive that Paly will win.”

Coordinating with Gunn’s Student Executive Council (SEC), Zhou is optimistic that this night rally will spur more interschool events in the future.

“Working with Gunn’s SEC has been really fun and exciting,” Zhou said. ”By working together we can to spend more money on our events, reach more people and get more ideas, so it’s a win-win for everyone.”

Furthermore, as ASB elections are currently underway, ASB has planned a debate featuring all of the candidates running for office for the 2016-17 school year. This debate will happen during tutorial on March 22 in the MAC.

Along with the Paly-Gunn rally and ASB elections, ASB is currently planning and organizing Prom on April 16 at the San Francisco Design Galleria.