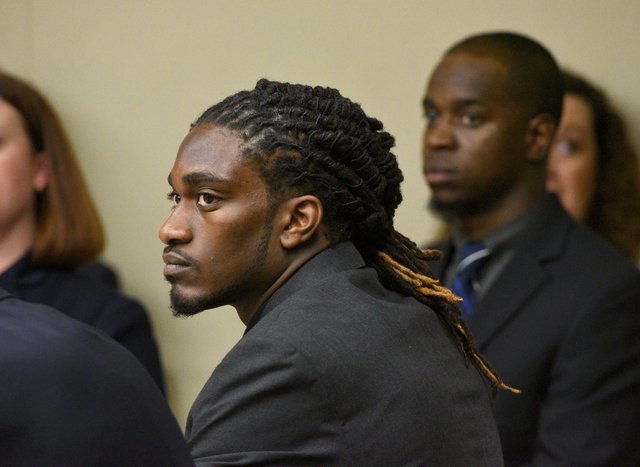 In the midst of a chaotic imbroglio of legal troubles and rape allegations, many consider former University of Tennessee (UT) wide receiver Drae Bowles a hero for helping a woman who claims to have been raped by two of Bowles’ teammates, A.J. Johnson and Michael Williams in November 2014. On the night of the alleged rape, Bowles took the woman to the hospital and later strongly encouraged her to report the incident to the police.Eight unnamed female students from UT, seven of whom claim to be victims of sexual assault, filed a lawsuit against the university on Feb. 9 for violating Title IX laws by acting “deliberately indifferent” in regards to several alleged rapes over the past three years on the school’s campus grounds. Former UT athletes Yemi Makanjuola, Riyahd Jones, Johnson and Williams, alongside current football player identified as a “John Doe,” have been the main targets of this lawsuit.

UT’s incident is just one of many examples proving that athletes are in a unique position to cause change and ignite social movements against injustices.

In light of Bowles’ courageous actions to sacrifice his loyalty to his teammates in order to help the alleged rape victim, UT Football Head Coach Butch Jones has been under fire for telling Bowles that he “betrayed the team.” Furthermore, Jones excused the severity of the issue and complained that the commotion has hindered the team’s ability to recruit highly touted high school players. Bowles transferred to Chattanooga University soon after several football players physically and verbally assaulted him for defending the alleged victim.

Although the lawsuit has not been resolved, it caught national attention and ultimately promoted the cause against sexual harassment. UT has since received thousands of letters and angry messages from various individuals. Under such pressure, universities across the nation will be forced to pay closer attention to cases of sexual assault.

UT’s incident is just one of many examples proving that athletes are in a unique position, capable of causing change and igniting social movements against injustices. With the amount of media attention that athletes attract, they often are held more accountable to their actions than the average individual.

Not long ago, the University of Missouri’s football team boycotted all football-related activities in a movement to increase awareness of the racial tensions on campus that the administration had failed to address previously, particularly against black Americans on campus. These protests sparked a national uproar against racial discrimination across many colleges, including but not limited to Yale University, Lewis and Clark College, Amherst College and Vanderbilt University.

Palo Alto High School Athletic Director Kathi Bowers recognizes that this phenomenon of societal influence is not unique to collegiate athletes — she hopes to hold Paly athletes to the same standard.

“When our athletes are wearing a Paly jersey, they are representing our Paly community,” Bowers said. “As a collective group, they have the responsibility to project our school in a way that we want to be represented out in the greater community.”

While athletes certainly hold a lot of responsibility, the part that coaches and athletic instructors play in molding role models deserves to be recognized. Bowers believes that Paly already holds strong emphasis in ensuring that its coaching staff is not only qualified, but also able to consistently instill positive messages into their players.

“Building leaders in athletes starts with the coaches and them leading by example,” Bowers said. “It’s important to pick coaches who are also good role models so that there is a trickle-down effect. I think all of our coaches definitely hold our athletes to a high standard. I don’t think they tolerate any misbehavior.”

Paly has had success in helping athletes blossom into leaders in the community, but Bowers seeks to take a step further in the next school year.

“I would like to see every sports team participate in some sort of a group community service project and event — whether coaches take the kids and go to a soup kitchen or do ‘Read Across America Day’ with them,” Bowers said. “I’m hoping teams will be out there wearing Paly athletic gear representing our school by being out in the community doing something good and beneficial for everyone.”