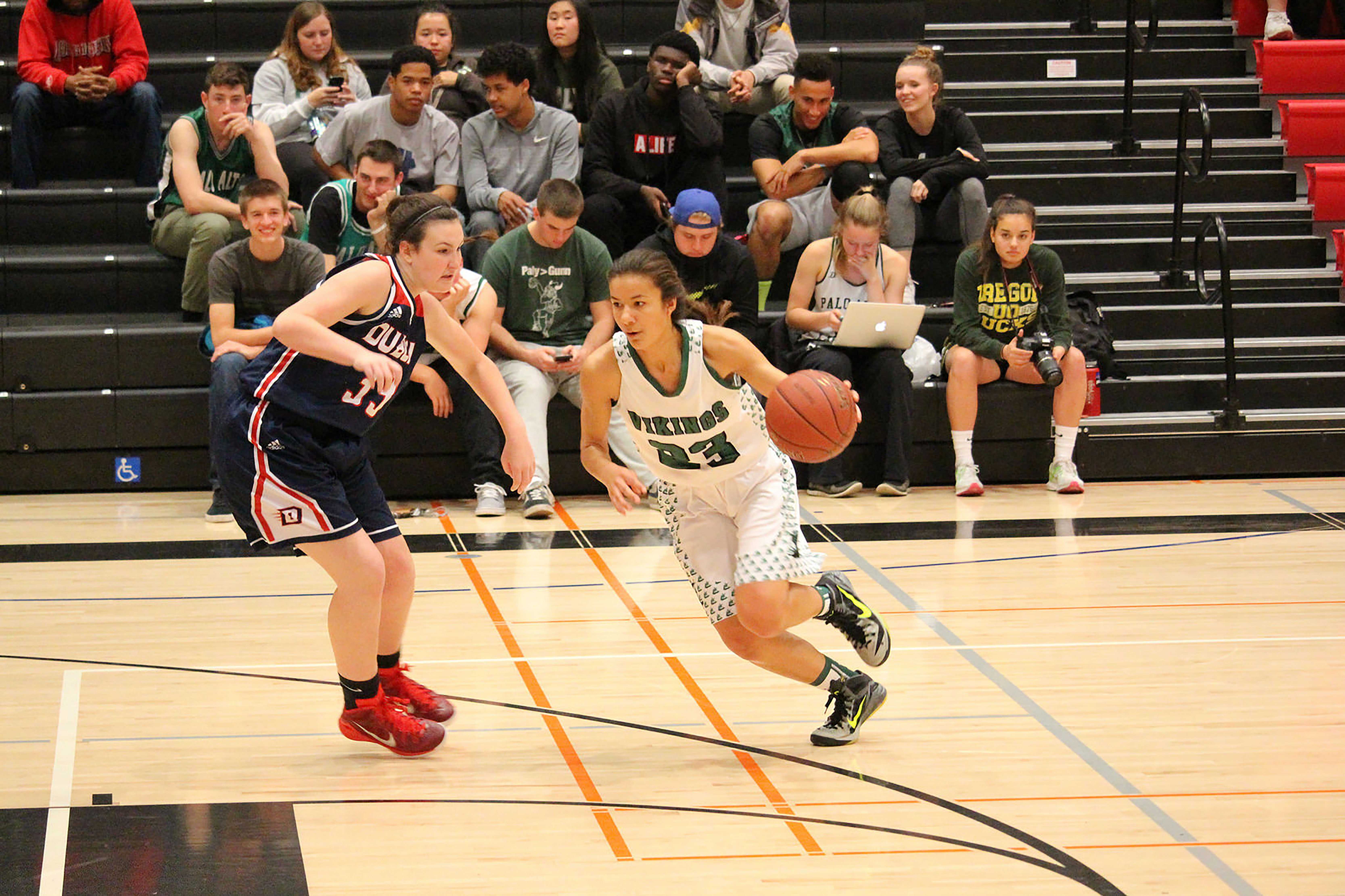 Palo Alto High School girls varsity basketball has clinched the Central Coast Section (CCS) championship with a convincing 59-44 win over North Salinas High School, sending them to the official State Girls Basketball Championship tournament. Unfortunately, the Lady Vikes lost in the first round of the tournament to Dublin High School in a very close match.

Despite a first half lead, Dublin had a comeback victory ending the game 55-49. Even though the Vikings ended the season with a loss, the players and coaches are proud of the team’s success this season.

Coming into the season with aspirations of winning the CCS championship, the girls varsity team was thrilled to come away with a win. The girls that led the team to victory in the championship game were sophomore Carly Leong with 17 points and senior Alexis Harris with 14 points, the Vikings outscored the North Salinas Vikings in three out of the four quarters.

“Winning CCS is something I will never forget,” junior Skylar Burris said. “It was amazing. Especially winning where the Santa Cruz Warriors play, honestly it was surreal.”

While the Vikings successfully beat Cupertino High School and Piedmont High School in the first two rounds of the CCS playoffs, the tournament did not come without difficulties.

“We definitely had to bring our best every game, which is hard to do,” Burris said. “We had to limit our lapses in defense and offense, and know that every mistake is more than likely two points for the other team, so limiting turnovers and gaining as many possessions as possible was key.”

With momentum from their CCS Championship victory, the Vikings got off to a fast start in the first round of the State Girls Basketball Championship.

Entering halftime with a strong lead, the Dublin Gaels answered back with a 22-4 run, ultimately beating the Paly Vikings 55-49.

“It didn’t feel good, because ending the season with a loss is never fun,” Burris said. “However, they were a good team and we played together, which is really what counts in the end.”

Ultimately, the Paly girls basketball team had a very successful season despite its culmination in a loss. While the majority of the team will not continue to play basketball over the summer in an effort to stay in shape, a few will play in the Amateur Athletic Union and be ready to play come next season. In addition, despite the loss of three talented seniors next year, who were key to this years games, Maddy Atwater who averaged 3.7 points per game, Coco Lovely who averaged 7.4 points per game, and Harris who led the team with an average of 10.6 points per game, the eight returning varsity players, combined with several aspiring new players from the freshman and junior varsity teams, will look to make an even stronger team.

“Although we are losing three great players, we will have the majority of our players returning and I wouldn’t expect any less from what happened this year, maybe even better,” Burris said.

Paly girls basketball’s success this season is definitely noteworthy, and as the team continues to develop, Paly sports fans should look forward to the coming seasons of girls varsity basketball.