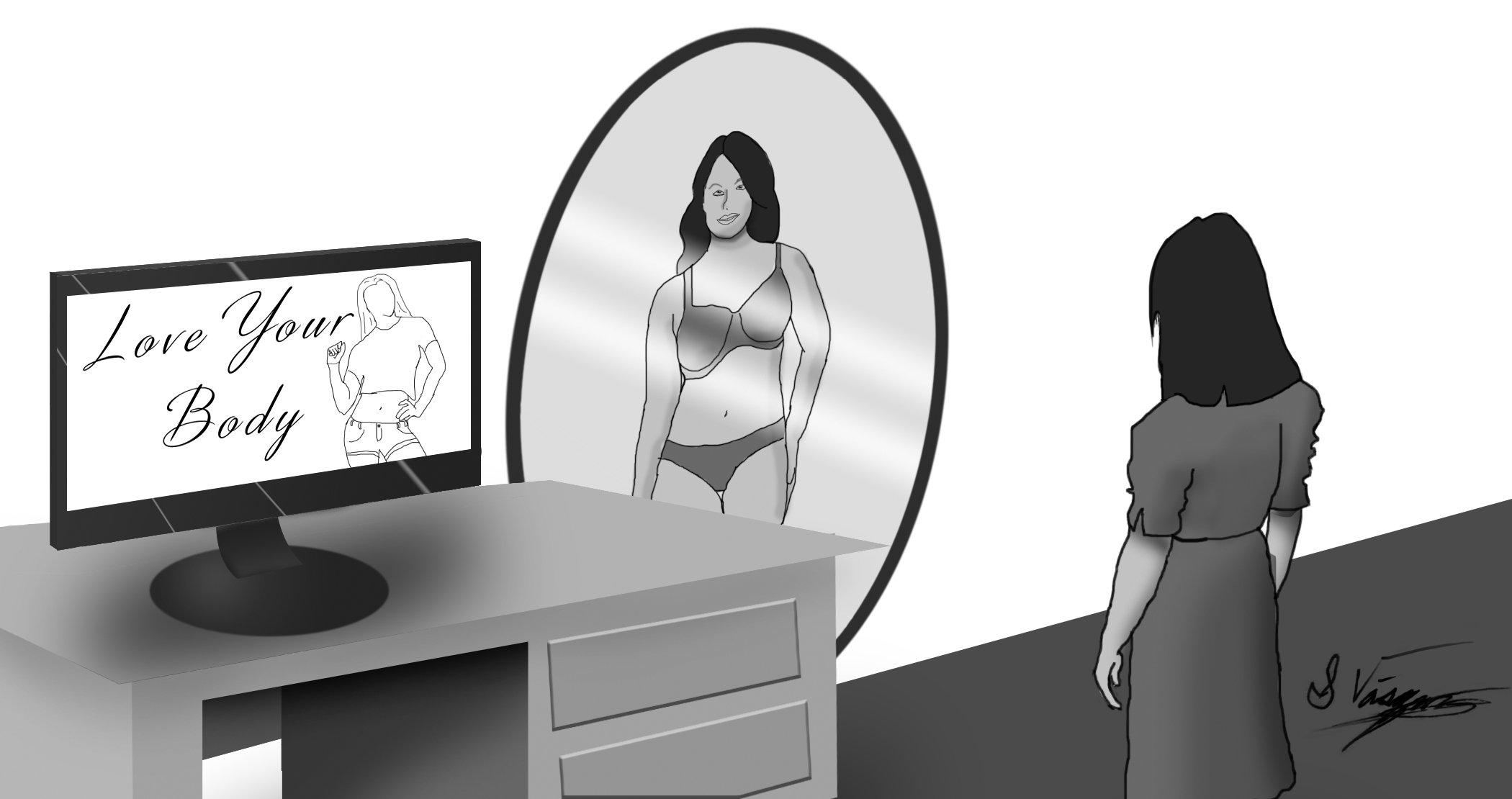 Media should neither celebrate nor condemn women’s bodies

Recently, countless commercial brands and advertisers have received harsh criticism for promoting the “thin ideal” — the presentation of slim female models as the norm. Such advertisements implicitly dictate how women should appear, pressuring women of all ages to strive for a single body type.

In a study conducted by Center for Change, an eating disorder treatment center, exposing randomly selected college women to images featuring fashion models who fit the thin ideal increased body dissatisfaction, negative mood states, eating disorder symptoms and decreased self esteem. Additionally, studies have shown that teenagers spend an average of nine hours daily watching television and movies and checking social media, while 18-year-olds may spend up to 11 hours doing so. Spending such extended periods of time exposed to thin ideal marketing on social media and in television has yielded detrimental effects on women’s self-images, leading some to practice extreme dieting and exercise and others to disordered eating habits.

Rather than constantly debating physical appearance, the media should stop discussing women’s bodies altogether. While campaigns to embrace all body types are a step in the right direction to improve acceptance and confidence, they continue to add to the harmful discussion of women’s bodies: a conversation that must end in order for the female body to not be an object for evaluation.

In order to counter a growing epidemic of destructive behavior, many prominent brands and personalities have worked to foster a movement in mass media encouraging women to embrace their bodies. These brands are attempting to support the self confidence of each woman rather than placing pressure on them to labor towards obtaining bodies similar to those typically presented in the media. Although promoting acceptance of all body types is a progressive step, the media’s constant fixation on the female body, even when embracing it, only further encourages women to focus on their appearance. This abundance of media coverage may easily lead back to the same destructive behavior that such promotions attempted to prevent.

“It’s good to encourage girls to embrace their bodies, but constantly talking about [body image] everywhere just makes them think about their bodies more,” junior Maddie Frick said. “Then that leads to body obsession, and nothing positive is accomplished, which is what was intended.”

According to the National Institute on Media and the Family, 53 percent of 13-year-old American girls are unsatisfied with their bodies, a figure that grows to 78 percent for 17-year-olds. Young girls are particularly susceptible to the influence of the media, and with constant exposure to the discussion of women’s bodies, they are made vulnerable to the pressure on their physique from a disturbingly young age. As they transition from their teenage years into adulthood, they are constantly barraged with commentary on women’s bodies across various platforms. The discussion of women’s bodies in the media is unavoidable, and when girls are exposed to the topic from a young age, they are taught that their bodies should be a point of fixation, an idea that only continues to expand as they grow older and continue to come in contact with body campaigning in the media.

While encouraging women to embrace their bodies is largely beneficial, in order to begin to remedy the damaging effects on self-esteem and confidence caused by the thin ideal, all mass media must eliminate debate over the female body. Though modern media is well intentioned in its preaching to women encouraging self-love and self-acceptance, such measures would be unnecessary to begin with if women’s bodies were not put on a pedestal and evaluated on social networking sites, TV shows, films and magazines.

Attempts to undo the adverse effects of promotion of the thin ideal only further serve to single out women’s bodies as a topic of debate across various media platforms. While these campaigns to embrace all body types are generally received positively, they are still contributing to a culture of discussion surrounding the female body, one that must be eradicated in order for women to truly feel that their bodies are their personal business, and not that of the media’s.