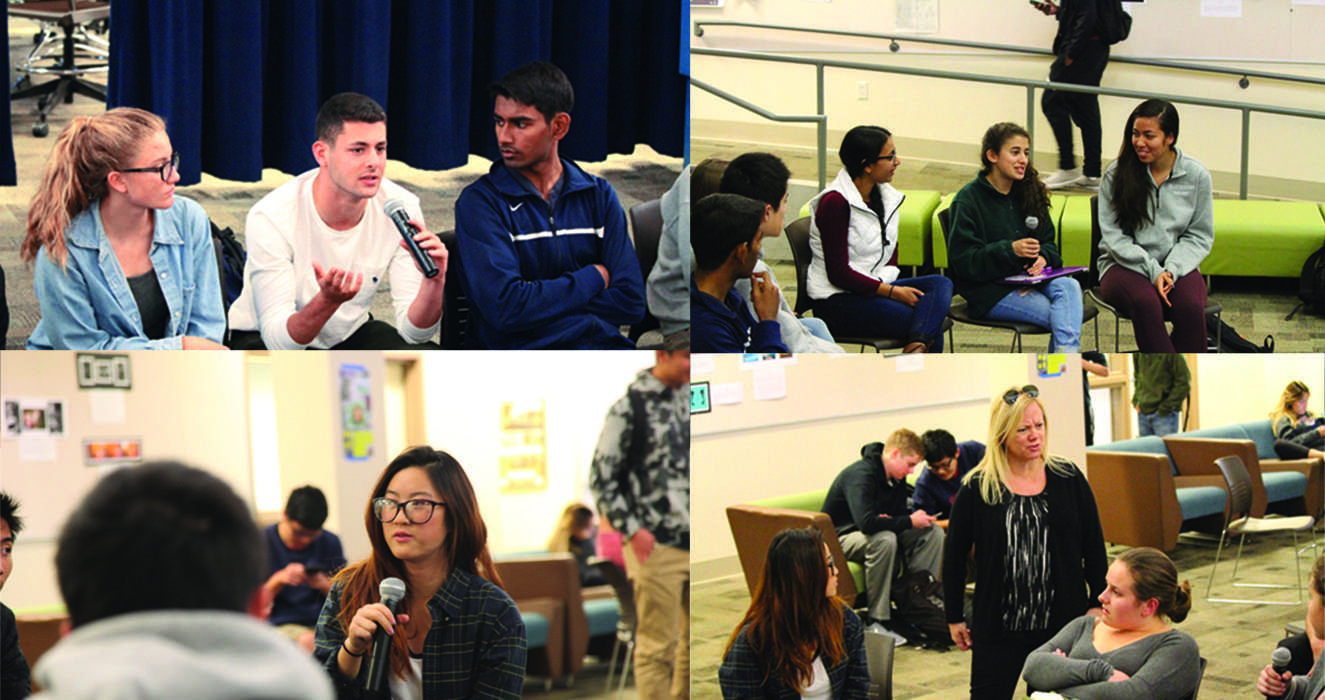 Juniors Anmol Nagar and Brian Tracy are the two candidates for ASB President, whose responsibility includes overseeing all activities that ASB plans.

“The ASB President has many roles, but the main ones include running the student government class, overseeing the planning for all ASB events and acting as a liaison between admin and the student body,” current ASB President William Zhou said. “I think being a genuinely caring person is essential for being a successful ASB President.”

Nagar, who was ASB Vice President for the 2015-2016 school year, believes that she has appropriate leadership experience and strong existing connections to Paly administration, clubs and staff to be successful as ASB President.

“Through holding different [ASB] positions, I have been able to develop connections and bonds with the staff members at Paly, over 80 different clubs, my own class and the overall student body,” Nagar said. “As ASB President, I will bring the experience I have gained over my last six years in student government.”

Tracy, on the other hand, is a newcomer to student government who offers his hard work and passion for leadership to students. He enjoys helping others, and believes his devotion and dedication to the school and its students will make him a successful ASB President.

“I love the idea of leading and working with groups of motivated people to overcome challenges,” Tracy said. “I couldn’t be more excited at the chance to fill the role of ASB President.”

Drawing on her previous year’s experience with ASB, Hurwitz believes that ASB’s importance lies in its ability to represent the student population and hopes to see ASB run even more cohesively than it did this year. Similarly, Wang hopes to ensure that ASB truly reflects the voices of the student body, not just an outgoing few. Lathi drew her motivation to run for Vice President from her past experiences in various service projects, and believes that she can do an equally good job serving the Paly community.

Junior Kevin Chen is running for ASB Secretary uncontested, and is looking to getting more involved in the planning of school events.

There is nobody running for ASB Treasurer and Junior Class Vice President positions this year — a rare occurence. The last time that ASB had unfilled offices come election time was in 2013. To resolve this issue, ASB will postpone elections for the two positions by one week upon which a secondary election will be held.

“The special elections will have the same process as regular elections,” Nagar said. “They’ll have a due date for applications, submit a statement, film a speech and then we will hold voting a week later.”

In addition to traditional campaigning techniques such as designing posters and presenting recorded speeches, candidates will be participating in a live debate on March 22 during tutorial to increase awareness of their goals and to engage students in the voting process.

“The debate will be [an opportunity] for the executive officers to help students get to know more about what each of the candidates are all about and give students an opportunity to ask questions and get involved,” Lane said.

Each debate will feature two candidates. After giving a brief opening statement, both candidates will be asked to respond to a question regarding their policy on certain topics. The moderator for the discussion has yet to be decided but likely candidates include Student Activities Director Matt Hall, Zhou or members from various Paly publications.

Moderating the debate will be The Campanile’s own Alice Zhao and Peter Maroulis. After the debate on March 22, an online link will be released so students can vote for next year’s ASB officers.

ASB members serve as the bridge between students and the administration, and take on part of the burden for organization of the school and the happiness of the students. Therefore, candidates feel that it is important that the student body contribute their voice and vote for the person they believe can best communicate their needs.

“ASB has been one of the most influential and best experiences I’ve had in high school,” Zhou said. “I would encourage everyone to consider running for ASB in the future.”