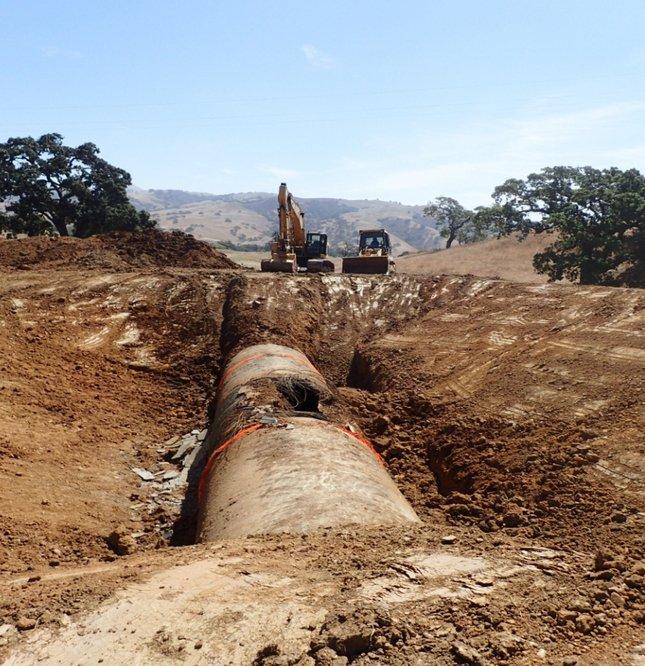 The repair of a ruptured water pipeline serving Santa Clara County has been labeled as a $20 million project, the tip of the iceberg in what could be a major financial and safety concern for county residents.

On Aug. 1, 2015, the 31-mile-long pipeline, which provides 40 percent of the drinking water for nearly 2 million Santa Clara County residents, began leaking, sending 15 million gallons of water flooding into the greenery surrounding Highway 152 in San Benito County. Though water going to the leak was promptly stemmed within the hour, local officials raised concerns over the general welfare of the pipeline, which is only 30 years old. Considering recent state-led efforts to expand water infrastructure through the Delta Tunnels, the ruptured pipeline is an ill omen.

“It’s absurd that the Santa Clara Valley Water District would even consider moving forward with raising millions of dollars from ratepayers to advance the Delta Tunnels project when they cannot maintain their own existing water infrastructure,” Barbara Barrigan-Parrilla, Executive Director of Restore the Delta, said in a press release.

Further investigation by the Water District turned up two other problematic sections of the pipeline, which were fixed at the cost of $1.2 million. However, the cost of maintenance falls directly on local taxpayers, despite the federal government having installed the pipeline.

“We as Americans have to invest,” Greg DiLoreto, former president of the American Society of Civil Engineers, said of the increased taxpayer burden in a press release. “If you compare your water bill to what you pay for cable TV or a cellphone and think about how important water is to your life, it begs the question: Are you willing to invest more?”

Current theories behind the pipeline’s premature degradation center mostly on cracks in the pipeline’s cement mortar, which allowed for water to infiltrate, rust and subsequently damage crucial structural wires in the metal.

“It’s not like there was a unique situation,” Barbara Keegan, chairwoman of the Santa Clara Valley Water District Board, said in an interview with San Jose Mercury News. “The fact that it cracked and the wires corroded, how extensive is this?”

Aside from the possibility of increased taxes, county residents also face the serious danger of having contaminated water.

Flint’s months-long difficulty has been marked by one stable sentiment: anger directed at Capitol Hill. Despite the fact that American water pipelines are for the most part owned by the federal government, it has no responsibility in ensuring desirable water for American citizens.

Since August’s unexpected malfunction, the Water District has been dutifully inspecting the pipeline and was expected to release a comprehensive report before March 6; however, investigative delays have pushed the release date forward to May 6.

For now, county drinking water is perfectly safe, though the county may have to foot a heavy bill in the future in order to maintain clean drinking water.