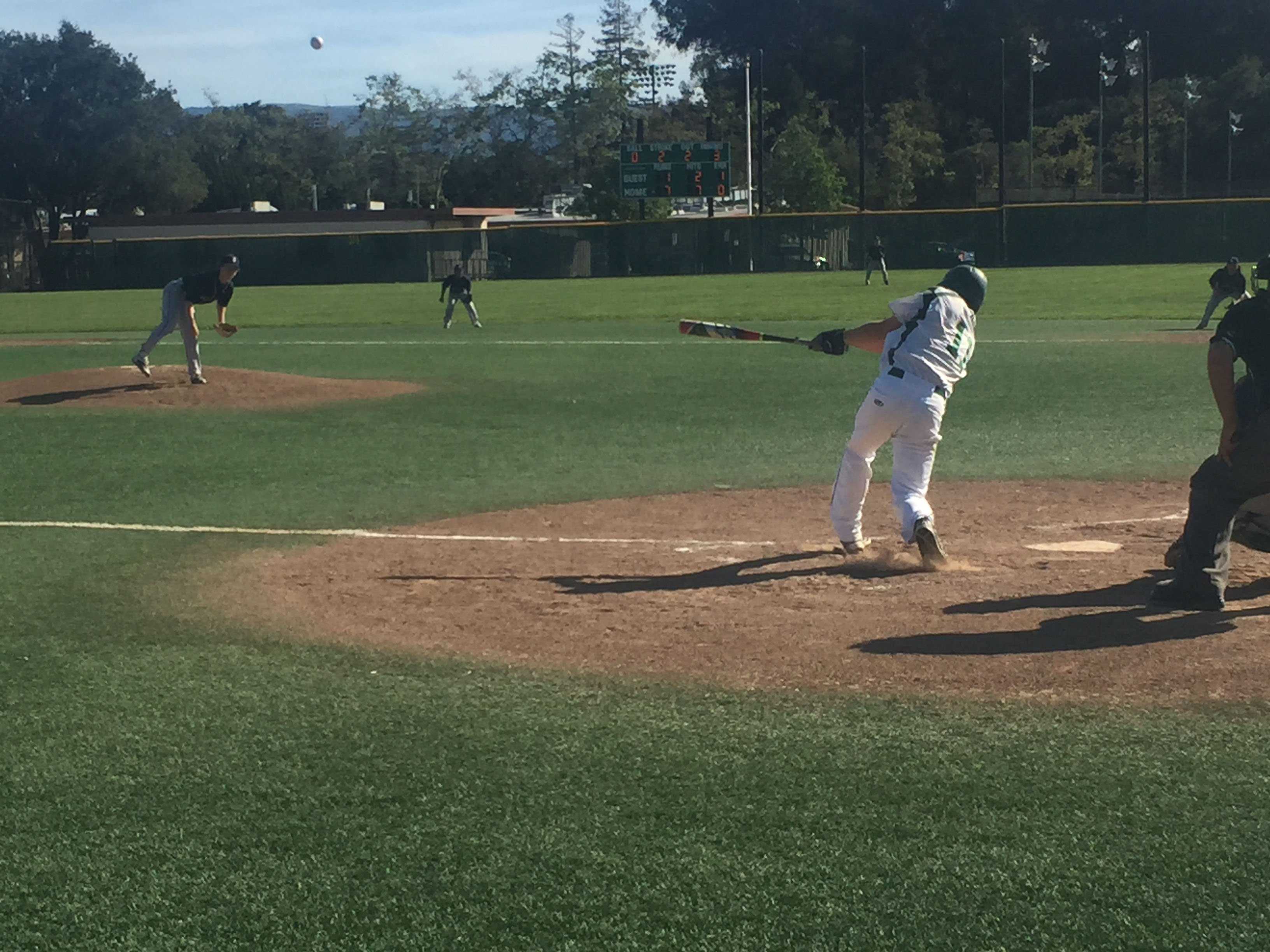 Joanna Falla
Sports
April 27, 2016
After beating Saratoga High School 10-1, the baseball team continues to add more wins to its league record, cementing its first place rank going into the Santa Clara Valley Athletic League tournament. The team made no errors while playing Saratoga in addition to playing great offense, with every player getting a hit. Sophomore pitcher Jake Varner knows that every win counts, but realizes that it is important not to get caught up in the numbers.

“It’s just another game,” Varner said. “We’re still just as equally prepared for it as we are for any other game.”

Just two days after, on April 23, the boys maintained their extreme lead by beating Henry M. Gunn High School 10-2 in a non-league game.

The team’s league record is 10-2, and its two losses were against Los Altos High School and Los Gatos High School, the team’s biggest competition. Senior captain Owen Plambeck believes that the team was not playing at its full potential the day before Prom, contributing to the loss against Los Gatos.

“Los Gatos for sure is our biggest rival, and unfortunately the second time we played them we came out a little flat and not at our full energy and paid for it with dumb mental mistakes,” Plambeck said. “We didn’t deserve to win that game.”

The other loss that the team suffered was against Los Altos, with a score of 1-0, on March 30. However, just two days later the boys rallied and crushed Los Altos in a 13-4 victory. Senior captain Alec Olmstead believes that the team went in with a high expectation of the other team, but created an aggressive lead in the very beginning of the game and maintained it through each inning.

“We started to be a lot more aggressive at the plate ‘hunting fastballs’ early in the count which helped put a lot more runs up,” Olmstead said. “We know they are good and we came in with the same mentality.”

Because of the team’s current standings, it is guaranteed a spot in the Central Coast Section (CCS) championships. The current champion is Saint Francis High School, who the boys will play in a non-league game on April 30. Saint Francis is Paly’s biggest competitor that it will face at the CCS championship.

“We’re expecting to have the closest game with Saint Francis for sure because they are our coach’s old school and they have been ranked nationally almost every year,” Olmstead said. “They are the defending CCS champs and they are also loaded with good players.”