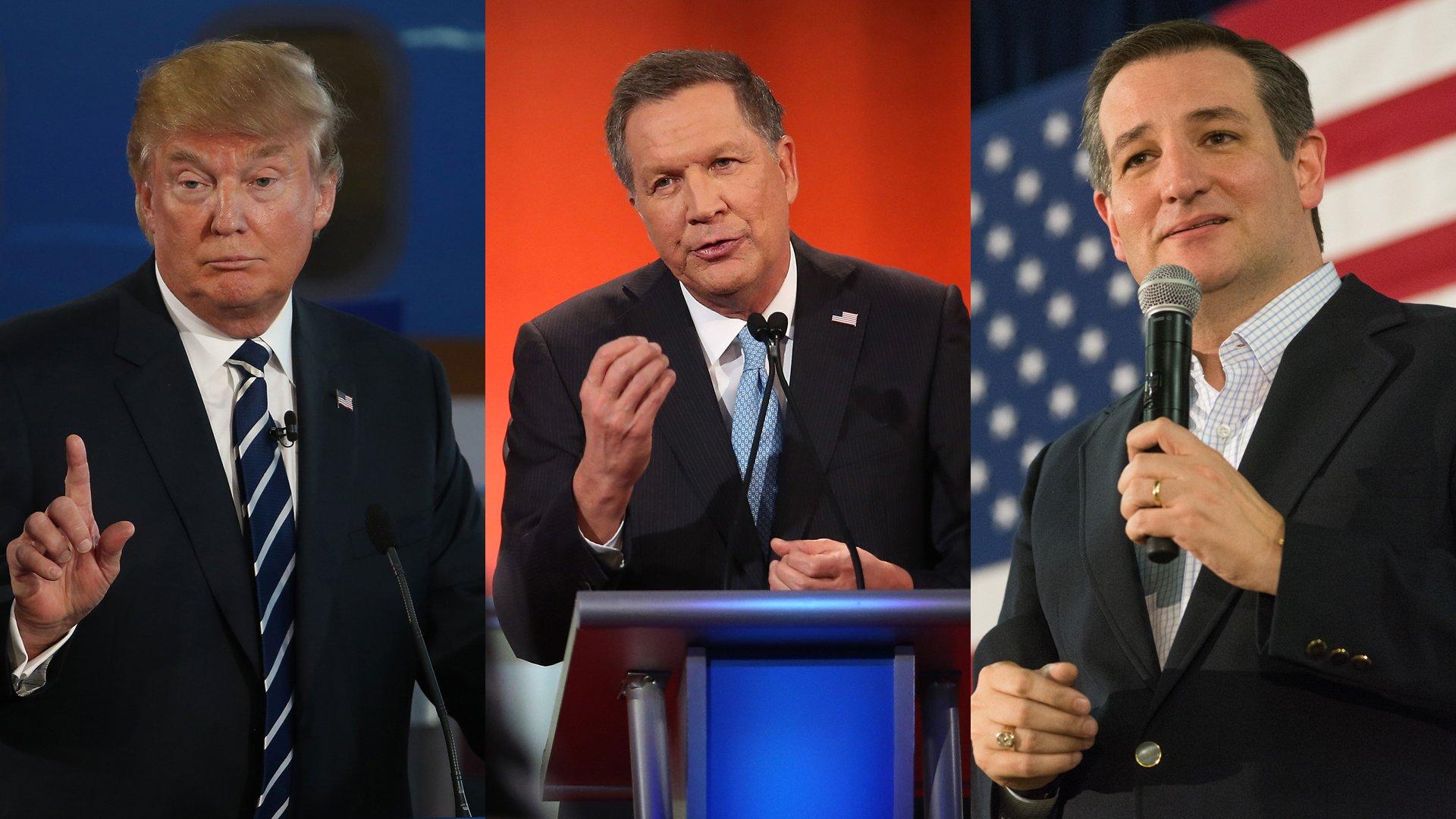 Jacky Moore and Annalise Wang
Lifestyle
April 27, 2016
Continuing throughout the weekend, the Bay Area is the nation’s political epicenter, with the remaining three candidates for the Republican presidential nomination vying for California’s prized delegates at the state’s annual GOP convention in Burlingame. A handful of Palo Alto High School students are determined to be part of the action.

This is one of the few years that the results of California’s June primary have been both so unpredictable and yet significant to the determination of the party’s nominee.

Controversial businessman and television personality Donald Trump, currently the leading GOP contender, will deliver the state convention’s keynote speech today. He will be followed by Ohio Gov. John Kasich, who is ranked third in delegates. Sen. Ted Cruz of Texas, second in the race, will speak at a lunch banquet Saturday, preceding former presidential candidate and businesswoman Carly Fiorina.

“Let me tell you, there’s a new revolution brewing,” Cruz said earlier this month. “California is going to decide the Republican nomination.”

The high stakes associated with this assembly, combined with contentious debates between candidates and bouts of politically-charged violence erupting across the nation, are likely to cause sparks to fly at the Hyatt Regency San Francisco Airport, the convention’s locale. Over 2,000 people were expected to attend an anti-Trump rally late this morning, possibly including several Paly students.

Paly’s students reflect the spectrum of political beliefs, but on campus, as elsewhere in the nation, it is Trump and his provocative statements that capture the spotlight.

Trump’s antics have been generally ill-received in Silicon Valley. Northern California is known to lean left, which contributes greatly to the fact that the Republican real estate mogul and his inflammatory, anti-Democratic platform is not welcome in the area.

“He’s a funny guy, but his political views are really, really messed up,” senior Tonga Latu said. “I don’t like him and I know a lot of other people don’t like him too.”

This prevailing anti-Trump sentiment has silenced a portion of the Bay Area’s conservative residents who disagree with the region’s apparent dislike of the hopeful nominee.

Others feel their voices have been gagged by Trump’s poor reputation in very liberal areas.

“[Trump] wouldn’t be as bad as everyone [thinks], but I don’t want to defend him,” an anonymous student said. “It’s easy to keep my mouth shut since I know I’d get a bad rap if I spoke out since everyone [in the Bay Area] is so liberal. It’s good to have people on both sides [of the political spectrum].”

A Fox News poll indicates the business tycoon has the support of roughly 49 percent of likely California Republican primary voters, followed by Cruz with 22 percent and Kasich with 20 percent. However, there may be conflict stemming from Trump’s platform, not only from the voters who view him as arrogant and racist, but also from the Republican Party.

“There might be some tension in the air due to the conflict between the GOP establishment versus Trump and his supporters, since their beliefs don’t align,” junior Michel Siaba said.

California holds a total of 172 Republican delegates — three for each of the state’s 53 congressional districts in addition to 10 at-large delegates and three appointed officials. Each district is winner-take-all, meaning that if a certain candidate wins a majority of a district’s votes, he or she will receive all three of its delegates.

Currently, Trump holds 845 total delegates nationwide to Cruz’s 559 and Kasich’s 148, which means that California will either bolster Trump’s chance of receiving the nomination, which requires a minimum of 1,237 delegates, or diminish his chances of representing the GOP against the Democratic presidential nominee.

Criticisms of Kasich as too moderate, Cruz as an aggressive radical and Trump as a bigot with excessively absurd, polarizing ideas have only been amplified in the Bay Area due to the fact that the three candidates do not have strong bases in the region.

Paly students possess their own opinions of each of the three hopeful GOP nominees, some of which have not been influenced by an anti-Republican bias commonplace in the notoriously Democratic Bay Area.

“I respect Kasich; he’s the only candidate I like in any way, shape or form,” senior Will Dougall said. “When he addressed gay marriage, he said something along the lines of, ‘The decision has been made, and I can live with that. Onto the next issue.’ Being able to move on and to pick rational fights is something I really respect.”

“I’m just glad I can’t vote, because I wouldn’t vote for any of [the candidates],” junior Jon Young said.

During his April 13 announcement of his decision to speak at the GOP state convention, Trump claimed that “California, like much of the rest of the nation, has struggled to regain its full economic success. A Trump administration is going to be a pro-jobs, pro-economy and pro-entrepreneur administration. I look forward to being with the great people of California and sharing my vision to make America great again.”

Shortly after Trump announced he would attend the convention, anti-Trump Californians worked to organize a protest against the prospective nominee. Its goal is to give Trump “a real Bay Area welcome,” according to its Facebook page, by peacefully protesting outside of the convention prior to the candidate’s opening speech. The protest was conceived by Alycia Moore, a local supporter of Democratic presidential candidate Vermont Sen. Bernie Sanders.

“Speakers will be making speeches outside, and we’re hoping our voices will be heard,” Moore said.

A week prior to the opening of the convention, Moore asked potential attendees if they would like to broaden the protest to attack not only Trump, but the rest of the Republican Party as well. Over 50 percent of the more than 200 people who voted in Moore’s poll were in full support of the proposal to demonstrate against the GOP.

With this kind of anti-Republican sentiment, Siaba suggests that few “young entrepreneurs are going to fall in love with the candidates all of a sudden. Then again,” he said. “I didn’t think Trump would get this far. America keewps surprising us.”