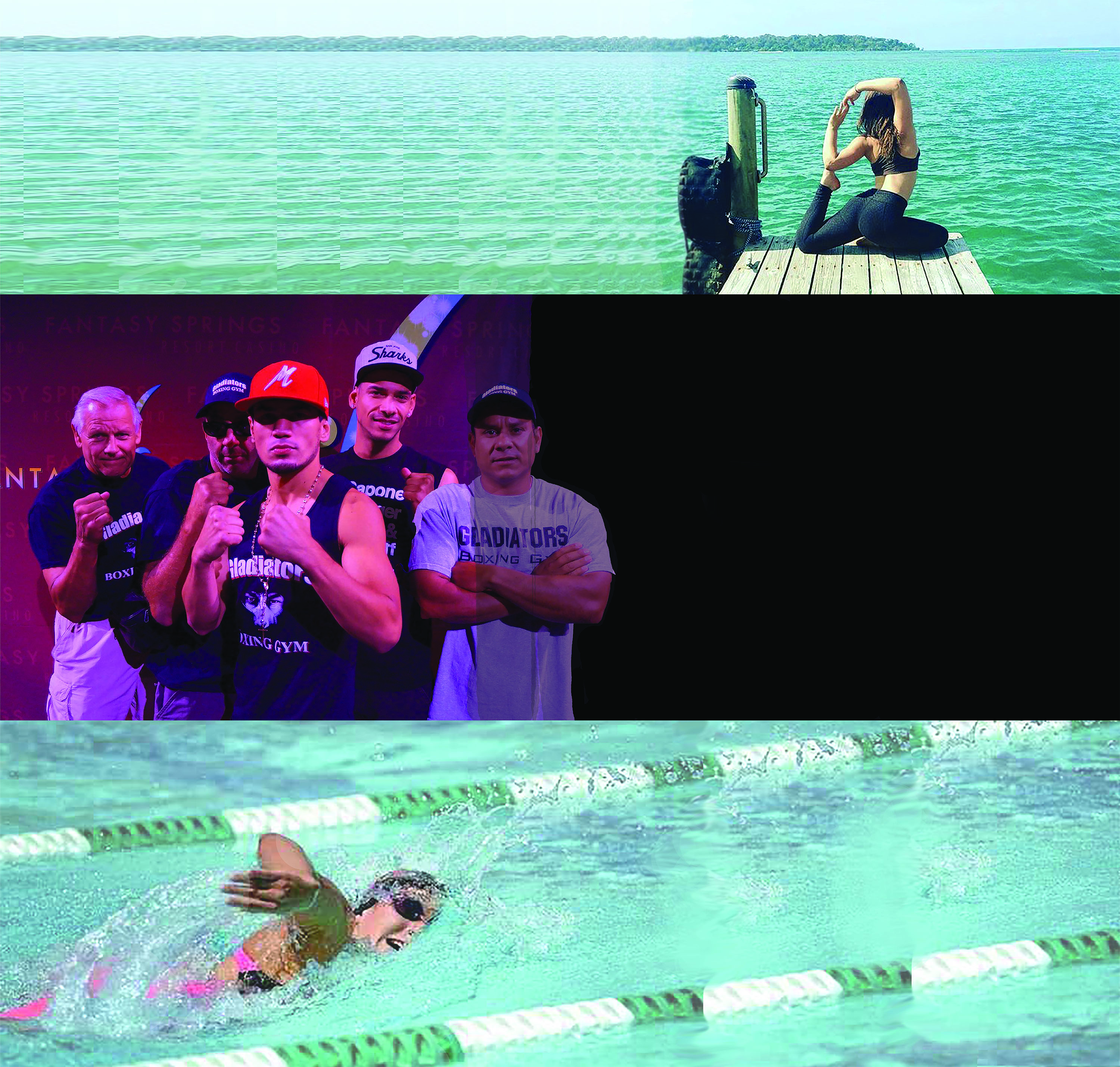 Although 21.5 million kids between the ages of 6 and 17 play in organized athletic activities, few of them parlay that fun into their life’s work — or even into a summer job. The ones who are lucky enough to go into an occupation related to their sport find that they strengthen their core values, pass down their passions to the next generation, learn valuable life skills and make lifelong connections on the way. A job in a recreational activity is not seen as an obligation, but instead an opportunity to have an athletic activity one is passionate about have a bigger impact on one’s life. Students who go on to earn a living from the sport they love may not always be star athletes on high school teams. Many instead excel in sports and jobs that are not commonly found on athletic fields.

Antonio Renteria is the current owner of Gladiators Boxing Gym in Redwood City, Calif., a place where people of all ages and boxing backgrounds can go to improve their boxing skills or take cardio and conditioning classes. Renteria has been the owner of the boxing gym for approximately eight years, but his relationship with boxing began when he was younger.

“I boxed a little in high school but that was just because I was fat,” Renteria said. “In my early 20s I took it a lot more seriously and competed in the 2004 San Francisco Golden Gloves where I made it to the semifinals but didn’t advance. [The San Francisco Gold Gloves] is one of the most prestigious tournaments in the amateur boxing world.”

Renteria was also inspired by Julio Cesar Chavez, a famous boxer who the whole country could rally around. Chavez’ boxing prowess in a sport dominated by Cubans at the time gave Renteria the drive to push with his hobby into something more serious.

“There was a Mexican fighter named Julio Cesar Chavez who won 90 fights before taking his first loss,” Renteria said. “Every Mexican out there knew about him. My dad used to take me around to all these places to watch this guy fight.”

Even though Renteria never took his boxing career to the professional level, boxing remains an integral part of his daily life after he took over as the owner for Gladiators Boxing Gym. While he still loves to box, Renteria knows that it takes a different skill set to truly be a great boxer.

“I was not brave enough like some of these guys,” Renteria said. “You need to be a different person to take this game to next level.”

When taking over the gym ownership, Renteria went through eight years of training under the former owner. The process was so long because there are many different aspects of boxing and owning a business that Renteria needed to learn by experience.

“Boxing is something you cannot learn from a book,”Renteria said. “You need years of experience for this stuff. The only way I was going to get it was by having a mentor, my coach was that person.”

In 2015, only 3 percent of the professional boxers were able to retire on the money they made from boxing alone, yet almost all of them travel after their careers have ended to teach others how to achieve a similar mentality.

Many different traits are acquired from boxing and others can be learned by owning and teaching in a boxing gym.

“[Boxing has taught me] to be accountable and responsible,” Renteria said. “For the most part I was very discipline in and consistent keeping what I wanted to do in front of me. I try teaching all my students that, specially if they want to compete. Is another world out there and you better be ready.”

The way that most teenagers get into a higher level of athletic recreation is through participating in a sport at school or at a club, while others may go into athletic endeavors outside of school. Henry M. Gunn High School sophomore Alma Andino had been an avid yoga participant since she was young, but it was not until last year that she took the next step in her career as a yogini.

“It was honestly a spur of the moment kind of thing; I wanted to take my practice to the next level and this teacher training had all the appeal,” Andino said. “I decided to become a teacher after the first class I taught, a teen class at Avalon [a yoga studio in Palo Alto].”

The yogini certification process is a 200-hour program over the span of six months, including cadaver dissection, style exploration, anatomy and physiology. The course consists of two aspects: lectures and hands-on training. The training consists of participating in discussions about ancient texts, leading short yoga sessions to teach poses and working on specific areas of the body. Through these multiple facets of learning, Andino was able to acquire more leadership skills and workforce experience.

“Honestly it’s not what I want to pursue as my career, but it’s allowed me to learn at a very young age how the professional world works, the people I have to deal with and the legal stuff,” Andino said. “Teaching has also taught me so much about public speaking and tapping into people’s unconscious minds — what to say to get people to listen.”

Being a yoga instructor is a viable job, as the average salary is over $45,000, but being one of youngest instructors in the nation is more than just earning a professional salary to Andino. By learning about the human body and its physical and spiritual qualities, Andino has flourished as a leader in the yoga studio and in the classroom and gained much more than a salary.

“I didn’t get any kind of credit or pay until a few months ago; I [got certified] because I love leading someone through a yoga practice and inspiring people to push themselves beyond the physical, mental and spiritual limits.” Andino said. “Knowing you made someone’s day meaningful, it’s the most rewarding thing — more rewarding than any number of hours or anything you can put in a transcript.”

Many kids love splashing around in the water, and as they get older, some choose to take this splashing a step further. Some join a team while others take up a related jobs. Palo Alto High School junior Kaitlyn Nakamura works many different job positions at Foothills Swim and Tennis Club, the same club that she has swum at competitively for the past 11 years.

As she masters her swimming skills, she is also able to develop professional etiquette and earn money for her talents.

“I teach kids to swim at a swim club that I basically grew up at, so since I grew up there and had people teach me, I think it’s important to pass that on to kids younger than me so the cycle continues,” Nakamura said. “The kids are really cute, and it’s pretty fun to hang out with everyone else on deck.”

After getting certified as a lifeguard, high school swimmers have many options for employment, and there are many reasons to choose to take their abilities to the next level. Nakamura and her friends who are also lifeguard certified can work as lifeguards, swim coaches, swim teachers, front desk managers or any combination of the four. For swim instructors specifically, the process for certification varies with the company or pool providing swim lessons, but all must have the prerequisite of being a lifeguard.

While some of the jobs seem tedious, the combination of real work experience and bonding with childhood friends is what pushed Nakamura to take swimming more seriously.

“A lot of the people that coach and teach and lifeguard with me grew up with me at [the pool], so it’s really fun to be together and work at the same time on deck,” Nakamura said. “It gives me an opportunity to meet and work with interesting people, and watching the kids grow up year by year is pretty cool too.”