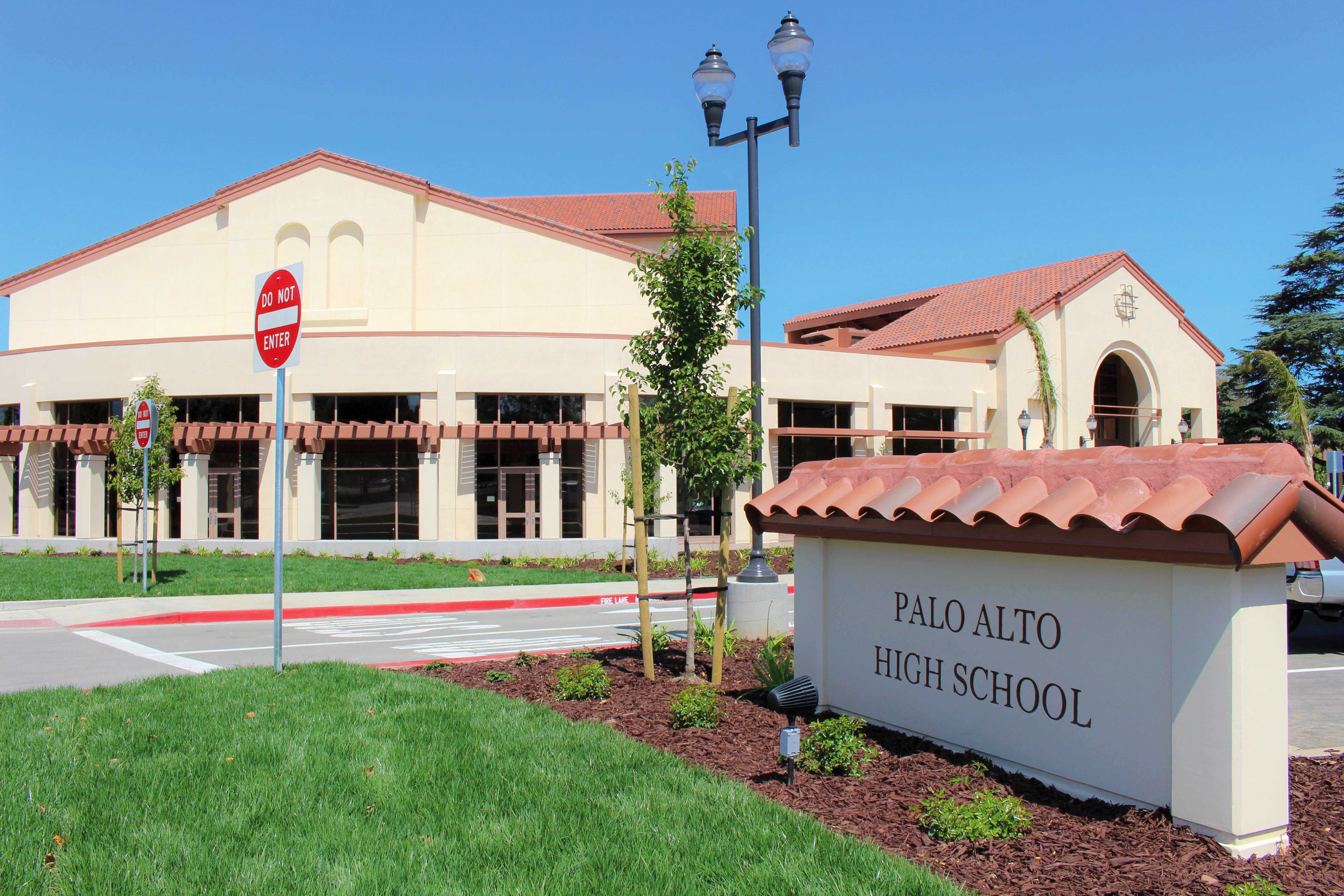 The new, highly-anticipated Performing Arts Center is finally open to students and visitors from the Palo Alto Unified School District after a 2-year long construction period.

The recent opening of Palo Alto High School’s new Performing Arts Center (PAC), which is the dramatic new gateway to the Paly campus, is being met with an overwhelmingly positive response from students and staff alike. The project had been discussed several years earlier, although construction did not begin until 2014.

The PAC will replace the Haymarket Theater as the venue of Paly productions. The Haymarket has been an integral part of Paly history since 1917; accordingly, it will remain standing and will continue to be used for guest speakers, lectures, assemblies and meetings. The PAC will be used for all future choir, theater and band performances.

Although the new venue has many modern components, theater teacher Kathleen Woods will miss the atmosphere of the historic Haymarket Theater.

“I think the thing we may miss most is the ownership students were able to have of the space,” Woods said. “Because the PAC is so new and elegant, there will naturally be more restrictions in regards to use of the space. The Haymarket also has a long and rich sense of history that is wonderful to think about and have been part of.”

The PAC is 25,100 square feet and can seat up to 584 people. It includes many modern features that the Haymarket did not have, including a full fly tower for scenery and backdrops that can be lowered and raised out of view of the audience, an orchestra pit with a hydraulic lift which allows the pit to be covered and used for additional seating or an extended stage and an innovative Meyer’s sound system that optimizes the audience’s aural experience. The project cost roughly $30 million in total.

Although the PAC will technically open in the fall of 2016, there have been small events held inside to test the acoustics of the building and the audience’s experience inside. Junior Jackson Kienitz was impressed with the building when he first went inside.

“What struck me the most about the new theater was the size of the stage,” Kienitz said. “I’ve taken backstage tours of Broadway theaters, and I’m pretty sure that our stage is larger than some of those stages. It almost doesn’t feel like a high school stage. I can only imagine what could be done with that much playing space.”

Junior Yasmin Correa also had a positive experience when she first entered the PAC.

“It’s really beautiful inside and really spacious,” Correa said. “I’ve only gone inside once for band class, and everyone was just in awe of the theater. It’s so much more professional than what we are used to.”

One of the main goals in the construction of the PAC is to increase the quality of Paly’s performing arts programs. Woods feels this goal was definitely accomplished.

“Without question, the new PAC will improve the quality of the experience for the audience,” Woods said. “The quality of Paly’s Theatre Arts and Music programs is notably high already, but having state-of-the-art facilities to work in will create additional learning opportunities, more complex production experiences, as well as professional-level technical opportunities. Meyer Sound’s Constellation sound system, for example, involves electronic acoustical reinforcement, and is state-of-the-art and not often found in a high school facility.”

In addition to choir, theatre and band using the new PAC, Literature of Comedy in Performance, an English elective more commonly referred to as Comedy Lit, will also be taught there. Woods hopes that holding the course in the PAC will draw interest to performing arts programs.

“Because Paly’s Performing Arts programs are high quality and offer many different performing opportunities to students, having a facility that is worthy of students’ passion and talents has the potential to raise the positive visibility of the performing arts on campus and encourage students to become involved,” Woods said. “Comedy Lit…will bring a different group of students into the space than might normally participate in theatre. This gives an additional group of students a taste of how enriching and how much fun performance can be.”

“We are all really excited to start performing in the new theater,” Kienitz said. “We are going to miss Haymarket, but I think that the PAC is really going to have a positive impact on the performing arts and we can’t wait to see what happens.”