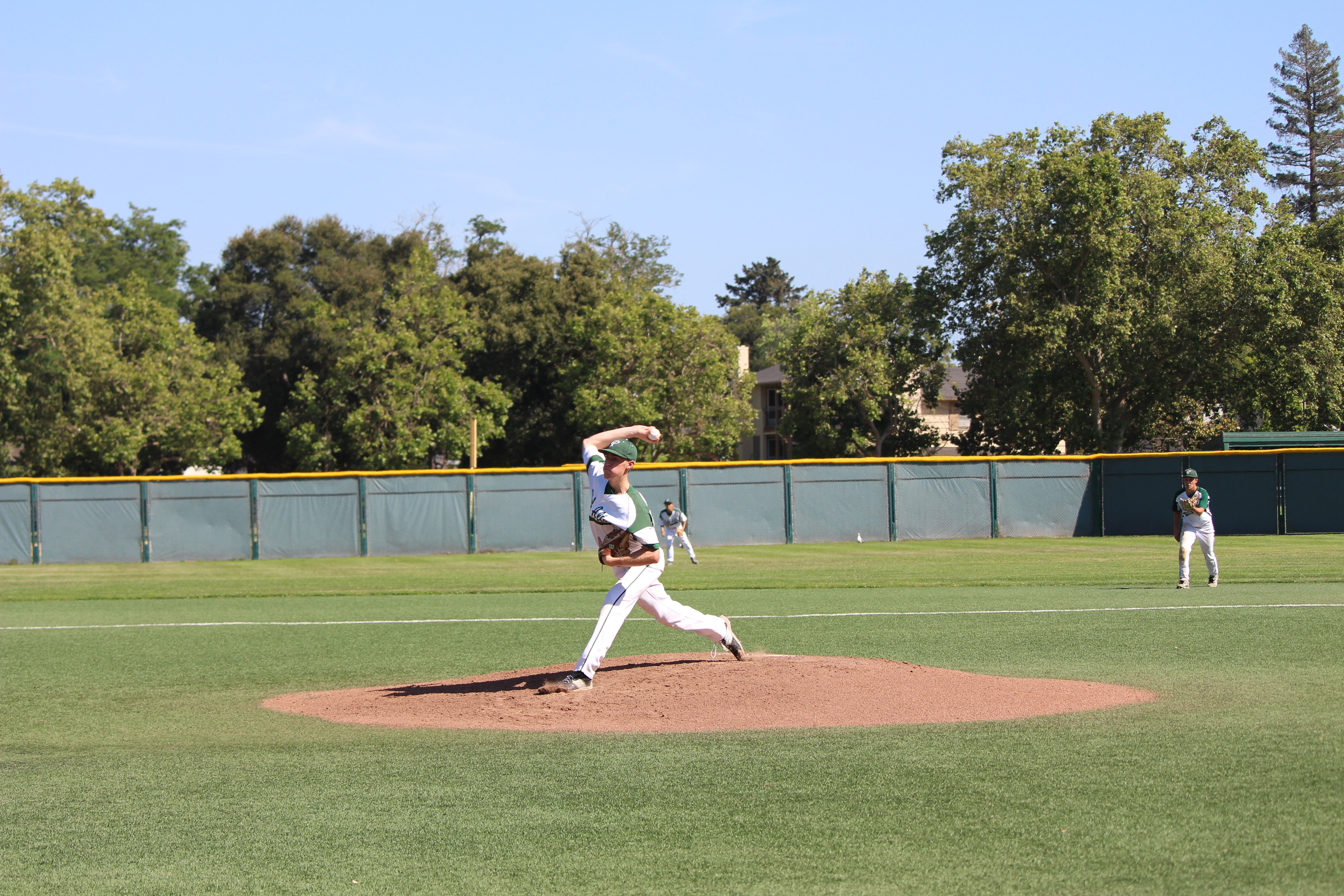 Joanna Falla
Sports
May 19, 2016
After a 3-game series, the Palo Alto High School boys baseball team overcame Los Gatos High School after winning the second game 3-2 on May 16 and 6-0 on May 18, making them the league champions. Because the team is currently first seed, they will play the last seeded team in the Central Coast Section (CCS) championships. The boys needed to win two of their three games against Los Gatos to become the league champions, but the team had hoped to win the first two games to advance to the CCS championships without having to play a third game.

However, the Vikings instead had to bounce back from their 2-1 loss in the first game to win the championship. Sophomore pitcher Jake Varner commented on the even battle between the two schools and the unpredictability of the sport.

“Our starters did really well, our hitting adjusted to their pitchers and we did great,” Varner said. “ [However] Getting runners in scoring position with less than two outs hasn’t been to the level we want [to play] at, but that’s just how baseball is and we still do [that better] than a lot of teams.”

The team has played well throughout the season and earned its spot as one of the top three teams in the league. With an overall record of 23 wins and five losses this season, the boys are confident that they will perform well in CCS. Junior Michael Champagne credits the team’s success to the individual efforts of each player.

“We had some major contributions from our seniors like Owen Plambeck whose [on base and slugging percentage] was 1.738 during the regular season,” Champagne said.

The most difficult teams the boys faced during their regular season were Los Gatos and Los Altos High School. Although these losses were disappointments, they pushed the team to maintain a winning record against Los Gatos,  inspiring the boys to move forward with the rest of the league championship.

“[Losing] just makes us more determined to win [our games],” Varner said. “We just have to win the big moments next time.”