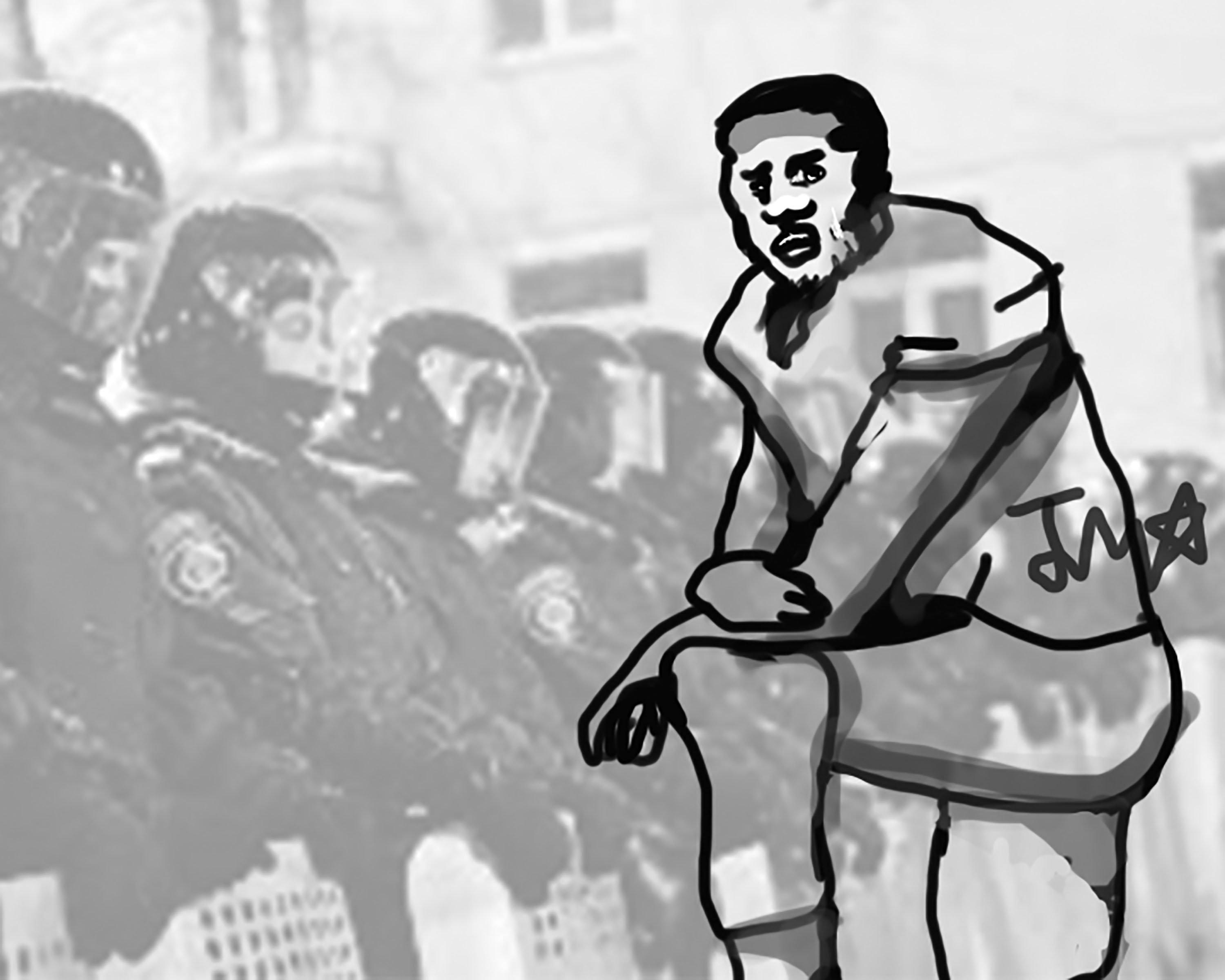 Paarth Sharma
Opinion
September 13, 2016
An angry man throws a red-and-white jersey on the ground, gestures at the camera and begins speaking: “If you don’t love our country, get the f*** out of it. Move to Canada.” Moments later, he lights the jersey on fire. “F*** you, you piece of s***,” another man says. Videos like this have become common, but the flames in these videos have ignited a conversation about the national anthem, what it represents and what can be done about a divided country.

Right now, it does not get any more controversial than Colin Kaepernick, the fifth year quarterback for the San Francisco 49ers. Kaepernick refused to stand for the national anthem at a recent game because he believes that the anthem symbolizes a country that systematically oppresses minorities. His views have spurned many National Football League (NFL) executives who label him as a “traitor” and a player “nobody wants near their team.”

Make no mistake: the NFL wants the public to forget about Colin Kaepernick the same way they blackballed then-Vikings punter Chris Kluwe out of the league for being a staunch gay-rights activist. However, Kaepernick refuses to back down. He told a reporter that even “if they take football away, my endorsements from me, I know that I stood up for what is right.” His detractors claim he is anti-American and hates this country. This could not be any further from the truth.

Kaepernick’s refusal to stand for the anthem is not anti-American. Rather, it is the opposite. This nation is not built on those who blindly stand and recite an empty pledge without stopping to think. It is built on the backs of men like Kaepernick, who are not afraid to stand up and point out the flaws in society. The only way that this nation can improve is if it acknowledges that people are not perfect, and that the issues of police brutality and institutional racism are real.

Those who claim that Kaepernick is anti-American and should leave the country have a warped idea of the values of this country and what it stands for. This is a nation built for people who are not afraid to speak their minds, who do not look the other way when problems arise and who stand up for what they believe in.

This is a country built for individuals like Tommy Smith and John Carlos, who many believe ignited the Civil Rights debate with their iconic “black power” salute at the 1968 Olympics. Smith and Carlos were banned by the International Olympic Committee for their actions and received thousands of angry letters, many of which included death threats in retaliation for doing no more than demanding equal rights. Although initially met with controversy, it became a moment that captured the fight for racial equality that eventually led to the passing of the Civil Rights Act a year later.

Standing up for the national anthem is not what makes someone a patriot. The anthem and the flag are symbols of equality, freedom and justice, and this country is about what these objects symbolize, which, at its core, is the freedom to express oneself in any way one sees fit. This includes the freedom to sit, kneel or stand for the national anthem and the freedom to choose whether or not to salute the flag. This is what the concept of freedom is about — acknowledging the country’s flaws and not being afraid to speak about them so that the country can improve and grow. If it is freedom that the country wants, then it cannot force Kaepernick to stand for the anthem or tell him to leave the country. Forcing Kaepernick to act one way or the other is the real anti-American action, and  it does nothing but prevent the circulation of ideas and positive change.

At the end of the day, the country does not improve itself by ignoring its problems and repeatedly reciting its internal greatness. It does not improve when it bullies and threatens those with whom the public disagrees with.

The anthem is a symbol of freedom, so what good is the anthem if citizens do not even have the freedom to sit or stand as it plays? Anybody can stand and recite an empty pledge. It takes a true American hero to stand up, risk his career and use his First Amendment Rights to speak out against the oppression that he witness daily.