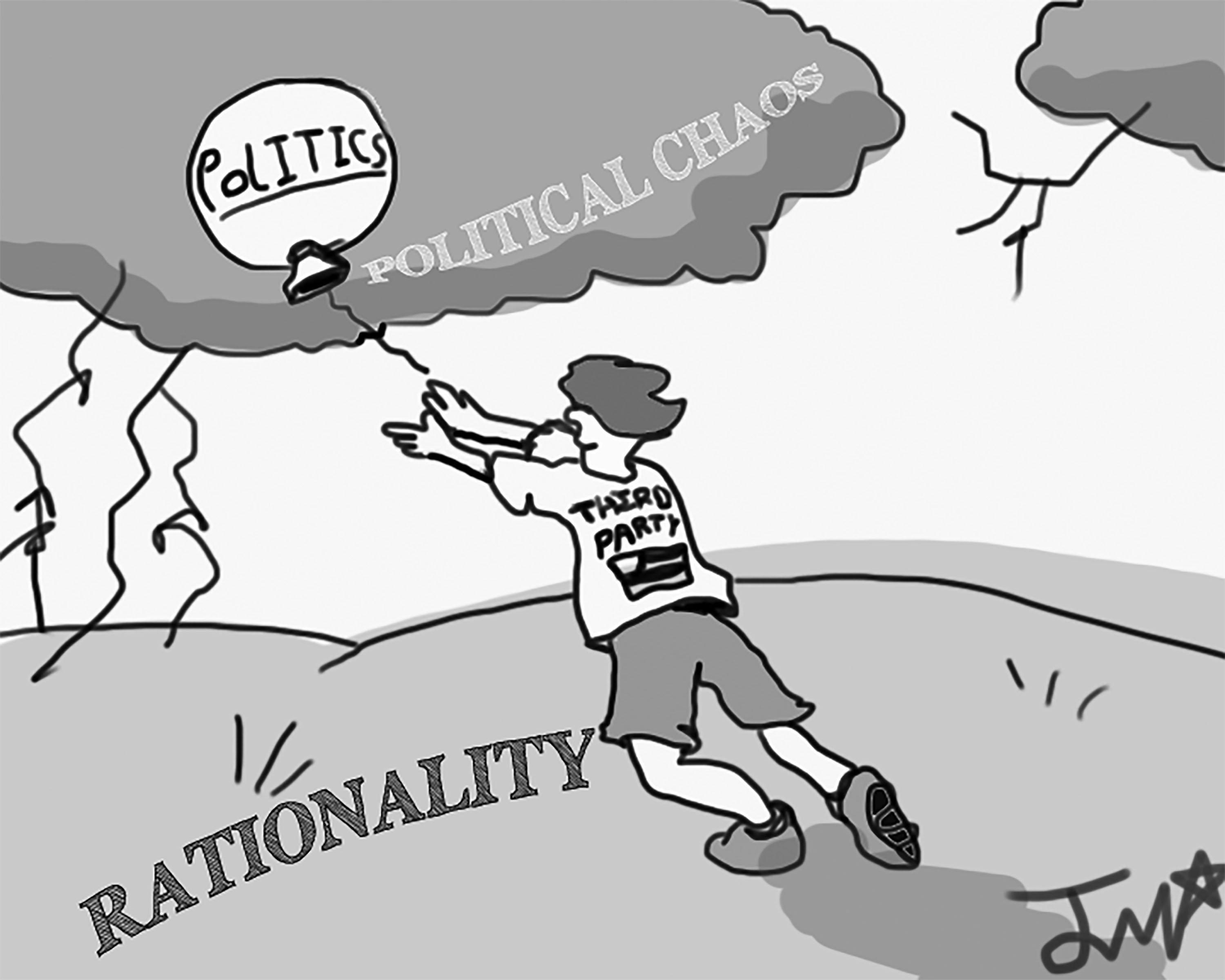 Third party candidates should be included in debates

Joanna Falla
Opinion
September 13, 2016
Jill Stein. Gary Johnson. Darrell Castle. While the media may choose to ignore these politicians, many are running for the presidency. America has rightfully considered itself a democracy, but its people have chosen to pigeonhole themselves into a clearly failing two-party system.

The three aforementioned candidates will each have their name on over 20 state ballots for the 2016 election, but that will likely be the only time the general public sees their names. This upcoming election will be remembered as the battle between presidential candidates Hillary Clinton and Donald Trump, both of whom are generally despised by the American public, but it should also be remembered as the election where third party candidates made a difference.

The Green Party, Constitution Party and Libertarian Party are not well-known in the average American household, but this is not the public’s fault. Because of rules installed by the Commission of Presidential Debates (CPD), multiple candidates are barred from participating in the primary debates. The rules were originally put in place to eliminate weaker candidates, but instead have created a major Catch-22 for any minor party candidate that wants to participate in the presidential debates. For a candidate to be in the debate, the CPD requires that they must poll at 15 percent or higher in five national surveys and that their name must appear on the majority of state ballots. In order for a candidate to make the cut, they need much more publicity than their funding may allow, but the only way to gain more funding is to gain recognition.

Currently, the primary debates are only for elite candidates who can afford to pay for their ticket. Whether they are already a household name from their own successes or failures, or have dozens of super political action committees dedicated to them, the front running Democrat and Republican candidate will always receive enough funding to push themselves into the media as often as they choose. Major party campaign managers will try to convince Americans that a vote for a third party is a vote wasted, but in reality, it has the potential to make a large impact on the presidential elections.

Presidential candidate Gary Johnson of the Libertarian Party has officially been added to the election ballot in all 50 states; a remarkable feat considering the uphill battle he and many other candidates have to face. However, because he is only polling at nine percent, he is not eligible to debate. The truth is that the government does not want to include other parties because of the incredible change each one could potentially bring to the country. Former presidential candidate Bernie Sanders has run most of his political campaigns as an Independent, but ran for president as a Democrat because he saw how the odds are stacked against minor party candidates. Even then, he still dealt with pointless red tape as he lost over three million potential voters in New York’s general election because his supporters registered as Independent, forcing them to only vote for the candidate in the party they had registered for.

While Sanders may have admittedly been too radical for the presidential bid, his incredibly loyal following has proven that once a candidate is taken seriously, he can inspire greatness across all demographics. There should be no such thing as a “throw-away” vote in the presidential election; every vote matters. If the majority believes that third party candidates will not be popular enough to vote for, then these candidates clearly will not receive enough votes. The only way a vote can be prevented from being a throw-away is if the public takes third party candidates seriously and trusts that other people will vote for them as well. With higher publicity, voters will have a better understanding of what third party candidates have to offer and subsequently take them more seriously.

Hillary and Trump have their fair share of die-hard voters, but the majority of the nation is not satisfied with either candidate. Most Republicans are appalled by both candidates but are resigned to Trump because he is the Republican candidate. However, there are conservative-leaning third party candidates that have proven they can be a better representation of Conservative values than Trump. There are influential people from both parties that have repeatedly denounced their respective candidates, so why feel resigned to choose them?

It should be clear that the two-party system is outdated and unfair for new and less affluent candidates trying to make any headway in the presidential election. America is internationally known as the land of opportunity, but the presidential candidacy is clearly only for the elites. Future generations must educate themselves on the importance of third-party candidates now, so they will be able to truly represent themselves in future elections.