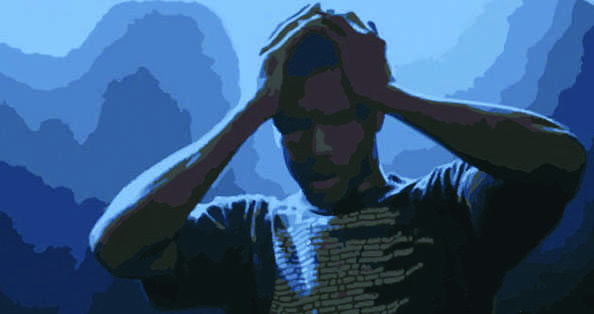 Boys Do Cry: A Look at Frank Ocean’s Newest Wave of Releases

Eli Gwin-Kerr
Lifestyle
September 14, 2016
As if he has not made it clear over the past four years, Frank Ocean reminds the world “I ain’t on your schedule/ I ain’t on no schedule,” in the closing track “Futura Free” on his new album. Titled “Blonde,” his latest release has been the subject of Internet scrutiny and rumors similar to those that followed the release of his standard-raising debut studio album “Channel Orange” in 2012. Accompanied by the visual album a newly-coined term to describe his 18-track music video) “Endless” and the hefty exclusive magazine “Boys Don’t Cry,” Ocean has once again proven himself to be not only a pioneer in sound, but also in the very means by which artists invent themselves.

“Blonde,” with its dreamy expanse of meditative sound and calculated casualness, is a mature follow-up that reveals Ocean to be on just as personal a level with listeners as he was four years ago — but this time with a disconnect. On “Channel Orange,” he was an emotional storyteller, with epics like “Pyramids,” the story of a pimp falling in love with a client, which clocks in at almost 10 minutes, and the quasi-coming-out tale told by “Bad Religion.” In the four years between the two albums, Ocean used his blog just to write messages pertaining to the tragedies in Orlando and racial tension in Ferguson. He was away but never gone.

The socially-aware Ocean is still present on “Blonde” — on the first track, “Nikes,” the most culturally poignant line is rifled off in a distorted, high-pitched voice: “RIP Trayvon, that n*gga look just like me.” This one constant in the deliberate shift away from the variety of themes on “Channel Orange” makes “Blonde” seem like a sustained stream of Frank’s consciousness; especially on the self-reflective tracks “Siegfried” and “Godspeed.” We do not get tracks that give us goosebumps like “Pyramids” did, and there are no radio hits a la “Thinkin Bout You,” but what Ocean does offer this time around is an album swathed with luxurious sound, and each listen reveals another layer of the “new” Frank Ocean.

At first listen, Ocean’s music will not sound familiar, but because of his dexterous and strong voice sung over the elegant melodies, his music sounds beautifully novel.

Labeled an R&B deconstructionist after his first album, Ocean can now be classified as post-R&B. But the thing about “Nostalgia, Ultra,” “Channel Orange,” “Blonde” and every single one of his features in between is that Ocean is among few sonic experimentalists who can actually be experimental without coming off as pretentious. That in and of itself sounds like a pretentious description, but it boils down to this: at first listen, Ocean’s music will not sound familiar, but because of his dexterous and strong vocals over the elegant melodies, his music sounds beautifully novel.

He took this element of his style to new heights on “Blonde,” but first he prefaced it on the visual album that was released a day before. The 46 minute-long “Endless” is a stretch of gauzy and lo-fi music set over a dull black-and-white film of Frank building a spiral staircase to the ceiling of a warehouse. It defies the norm of clarity that has been set by what seems like every album ever, but that just adds to the effect.

If “Blonde” is a peek inside Frank’s mind, “Endless” is a tap into his subconscious, a glimpse of Ocean’s musical process, a chunk of raw material. It’s more than likely that the release of “Endless” was ultimately some Apple Music executive’s idea to hype up “Blonde,” but it still delivers some of Frank’s most entrancing songs. “Comme des Garçons” contains some clever homoerotic imagery and more of the typical Ocean sexual lines: subtle, yet evoking of real sensation. The sunny, rhythmic beats of “Channel Orange” are alive on this track.

“Rushes” is a standout that features a distant background of guitar, back-up singers and a fractured feeling that stretches Frank’s voice thin. Just like many of the other tracks on “Endless,” “Rushes” ends too soon. Whether the purpose of this visual album was a commercial or stylistic choice is irrelevant, because “Endless” is the perfect compliment to “Blonde.” It shows the process of a perfectionist, where his old influences melt away into unrefined vocals and instrumentals while he fleshes out the final product, complete with the clarity of a tracklist.

Across “Blonde,” “Endless” and “Boys Don’t Cry” a few constants in aesthetic can be seen. One of these is the focal point of cars, a symbol that has graced Ocean’s work ever since a 1988 BMW E30 M3 appeared on the cover of his first mixtape. The alternative album cover for “Blonde” depicts Ocean in an Arai racing helmet, standing on a race track. The pages of “Boys Don’t Cry” are filled with photographs of vintage automobiles, mainly BMWs, and car wrecks. Even Kanye West is featured, sitting in his Lamborghini at a McDonald’s drive-through (adjacent is a poem about McDonald’s). “Remember when I had that Lexus / No? / Our friendship don’t go back that far,” Ocean sings on “Futura Free.” Even Tyler the Creator, friend and member of hip-hop collective Odd Future, penned a poem in the mag about being a reckless young driver.

If “Blonde” is a peek inside Frank’s mind, “Endless” is a tap into his subconscious, a glimpse of Ocean’s musical process.

Titled “Tricolor,” the short piece embodies both Tyler and Ocean’s restlessness, a feeling that is abundant in the impressionistic world of Frank Ocean. Perhaps it’s a “deep subconscious straight boy fantasy,” Ocean wonders in one of his essays. With every one of these artistic choices he takes, it’s hard not to speculate on whether that choice was profound or banal.

From his boyish, indie-inspired songs of first love to his sweeping, ethereal dreampop drug ballads, Frank Ocean has always managed to sidestep both expectations and pigeonholing. From “White Ferrari” to “Ivy” to “U-N-I-T-Y,” the most humble of human subjects are touched upon. There is no room for overthinking: each song is as fleeting as the feeling that it evokes, and in a world where artists have become accustomed to pandering to hype and current events, it is refreshing to be revisited by one who is content in exploring all of his own emotion.