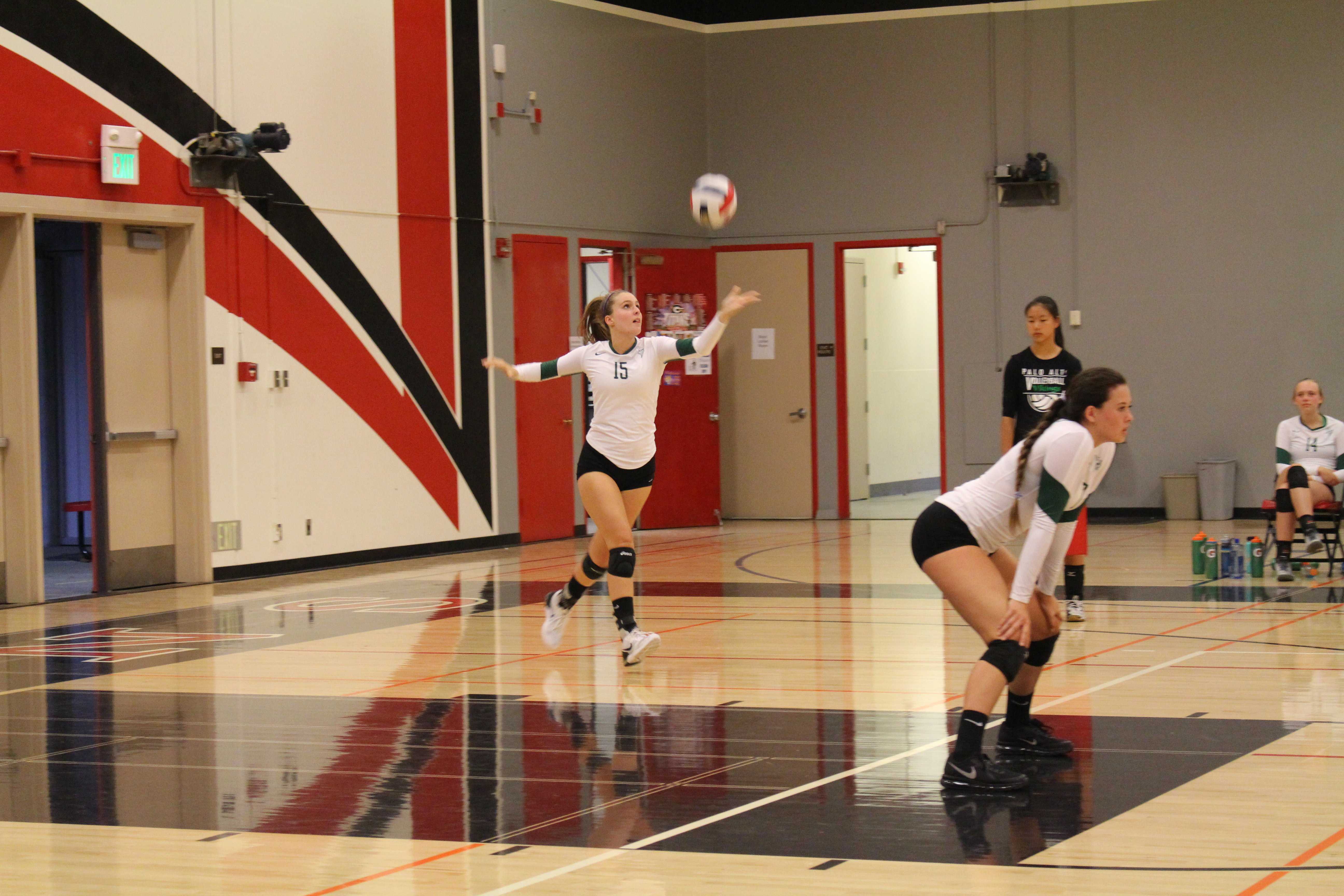 “We have a solid mix of new and old players for the team,” said Katie Passarello, senior team captain and middle blocker. “I think there’s a lot of really cool chemistry this year which is awesome.”

Despite a rocky start with a 3-1 loss to Valley Christian High School at their first league match and a close 3-2 loss to St. Francis High School, the team is optimistic about future games in the season and hopes to improve during their first few matches.

“So far, we have had the opportunity to play some strong teams such as St. Ignatius and Valley Christian, which allowed us to identify areas of weaknesses to improve on,” said Michelle Li, junior and defensive specialist.

Jessica Lee, senior and team captain, believes that while the team needs to improve their consistency and passing for a more effective offense, their powerful serves and team depth with strong hitters and setters offset their shortcomings. Passarello agreed, going on to describe the team’s goals.

“We are hoping to win league this year,” Passarello said. “We’ve got a solid team and we will have our work cut out for us, but it’s definitely an attainable goal. We also want to push ourselves through CCS and reach top two in order to move into Norcals.”

This year, the team is eager to face rivals from past seasons.

“Los Gatos has always been a  good team, and whenever we play them it’s a good match,” Lee said. “Also, [we are looking forward to playing] Mountain View because of Dave Winn. He used to be our old coach and it’s great to play him.”

Overall, the girls are looking forward to the new season and the development of the newcomers who will bring new talent and potential to the team.

“I’m excited about the team this year,” Lee said. “It’s great to have a lot of returning players this year so we can improve our team chemistry. Personally, I’m excited to be a senior and playing my last year at Paly.”

The team will face off against Mountain View High School on Sept. 20 at Henry M. Gunn High School.