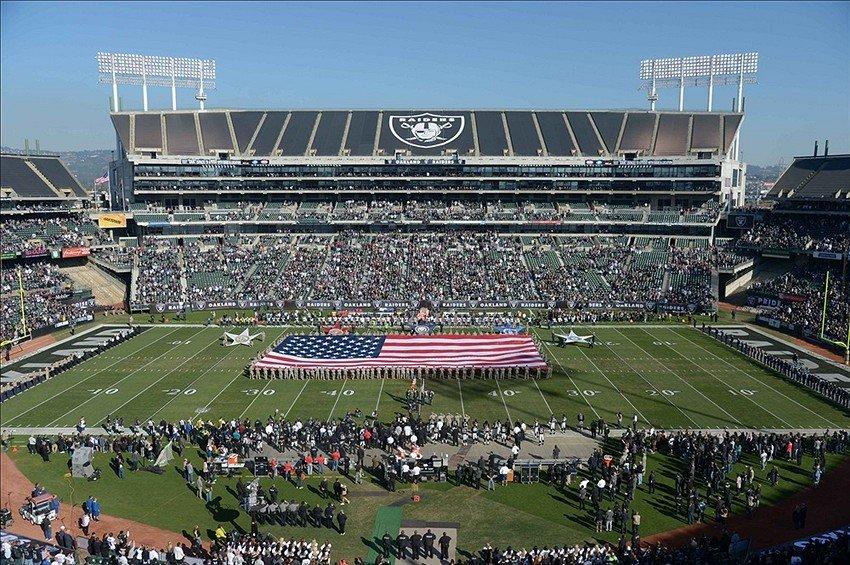 However, the Rams were not the only team that considered relocating to Los Angeles. The Oakland Raiders and San Diego Chargers also considered moving to Double Dubuque and sharing the new stadium in Inglewood with the Rams.

Fortunately for football fans in the Bay Area, the Raiders acknowledged the option, but decided to remain in Oakland.

Since the move to Los Angeles is no longer possible, the Raiders have steered the franchise in a different direction: east, to Las Vegas. Among bad ideas this ranks alongside allowing James Franco to paint a mural on the Student Center.

This move to Las Vegas is a bad idea for a multitude of reasons, the first being the most obvious — threatening distractions. Las Vegas is most commonly known for being the gambling hotspot of America. The last thing that any NFL organization needs is a city with a knack for getting people into sticky situations, as they are already comprised of athletes with a tendency of getting themselves into legal trouble. This combination could be calamitous.

Another problem with the potential move to Las Vegas is the difficulty of filling a stadium with 70,000 or more people eight times a year. While Las Vegas may be a larger city than Kansas City or Nashville, it does not have as large of a population of fans who live there and are interested in supporting an NFL team. One may argue that the residents of Las Vegas will do fine supporting the Las Vegas Thunder National Hockey League (NHL) team, and while this may be true, it is a completely different metric. The NHL and the NFL are separated by far more than just a tiny letter in the middle, they are separated by millions of dollars of expected weekly revenue that must come in, less bankruptcy ruin the team.

The Bay Area is a proliferating region in many different ways. It contains Stanford, Silicon Valley and a variety of teeming sports franchises. Amongst these are the San Jose sharks, who lost in the finals in 2015, the Golden State Warriors, who also lost in the championship series and the San Francisco Giants, who are hoping to win their fourth World Series in the past six years this coming season. However, there has been no recent football team in the Bay Area to pair with the success of the hockey, basketball and baseball teams. In fact, the 49ers are expected to be amongst the worst teams in the NFL this season, under the lead of the unproven head coach Chip Kelly and quarterback Blaine Gabbert. Similarly, the Raiders have not experienced a winning season, since 2003, when NBA legend Michael Jordan retired. With so many better sports organizations in the local area, it is likely that fans will shift away from the NFL if they lose the only team in the area with even a vague glimmer of a promising future.

This move would not be the first time the Raiders turned their back on Oakland. As aforementioned, the Raiders played in Los Angeles until 1994, when they and the Rams both moved to new locations; however, before that  the Raiders were in Oakland from 1960-1982. Two years prior to this move, the Oakland Raiders won their second Super Bowl in franchise history.

They were a dominant force in Oakland, and had been consistently providing their fans with high caliber, winning teams since Al Davis took over head coach in 1963. During this span they played 15 consecutive seasons with a winning record, a streak that they are currently looking to match, but on the other end of the spectrum — 15 consecutive losing seasons.

This move to Los Angeles disparaged the Raiders’ fan base, who had so thoroughly enjoyed watching them play for so many years. After blissfully cheering for a successful organization for a multitude of decades, their team was callously ripped away from them at the hand of Los Angeles.

Another possibility is that this move is merely a bluff by the Raiders in order to sway the NFL to fund a new stadium in Oakland. In the time that there was no team in LA, nearly half of the 32 teams in the NFL have threatened to move to LA in a ploy to earn new funds.

While bluffing to move to LA  is no longer an option for the Raiders, it is possible that they are just trying to earn new funds in order to build a new stadium in Oakland, leaving O.co Coliseum.

All in all, the Oakland Raiders have a myriad of possibilities, but of all these options there is a clear best choice: stay in Oakland. Here in Oakland, they have an established fan base, one with its eyes set on future success, a high market and the ease of mind stemming from the relief that one does not have to deal with the reprehensible difficulties that come with moving a $1.4 billion organization.