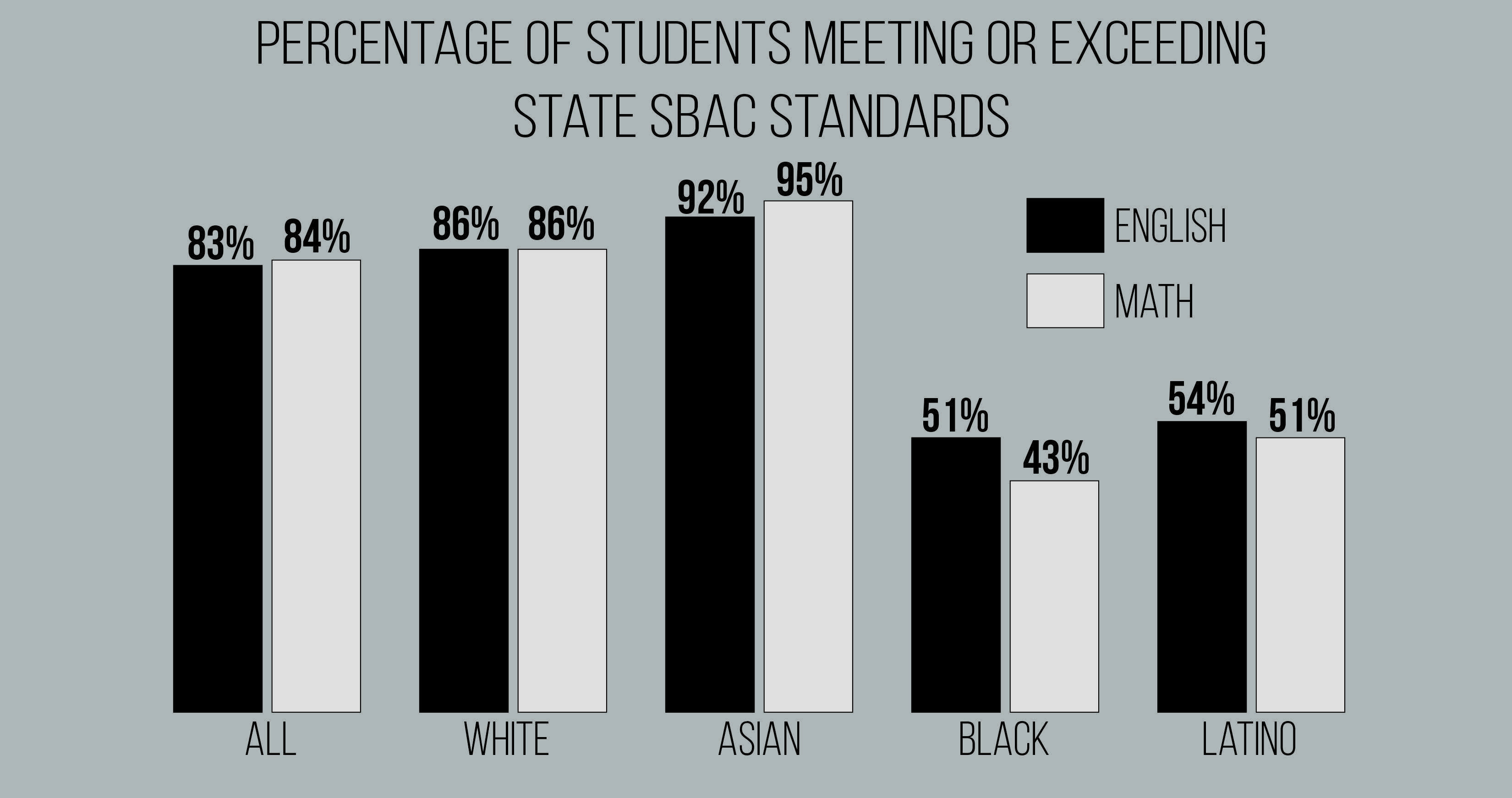 Avi Tachna-Fram
News
October 4, 2016
The results are in — the aggregated data from the Smarter Balance Assessment Consortium (SBAC) for Palo Alto Unified School District’s (PAUSD) elementary schools has been analyzed, evaluated and presented to the PAUSD Board of Education.

The data, presented to the Board by the district office staff, shows overall high performances in the district as a well as a large, but slightly decreased from previous years, achievement gap between white and Asian students and black and Latino students.

These results are significantly higher than the average for California and Santa Clara County.

Superintendent Max McGee pointed out the high achievement in the district and highlighted areas of growth.

“Overall aggregate results are excellent and we are seeing year over year growth, but we also know we have plenty of room to improve especially in meeting the needs of historically underrepresented students,” McGee said. “We have seen the needle start to move, but we can’t stop now. We have to keep sustained programming in order to support these students.”

Despite overall high performances, significant discrepancies persist between the performance of white and Asian students and black and Latino students, as well as between economically advantaged and disadvantaged students.

For both English and math, approximately 50 percent of black and Latino students are meeting or exceeding state standards.

“I think we have to pay particular attention to this subgroup because they are a pure example of where we have to rely on our own resources and not external resources in order to educate children.’’

According to the PAUSD Director of Research and Assessment, Chris Kolar, who presented the information to the Board, the achievement gap among different races has remained fairly stable over the last year with little progress made to close the gap, but with no widening of the gap.

Similarly, the gap between students of different socioeconomic backgrounds has remained an issue within PAUSD.

“I think we have to pay particular attention to this subgroup because they are a pure example of where we have to rely on our own resources and not external resources in order to educate children,” said Ken Dauber, a member of the Board. “If we do poorly then that is on us and if we do well then similarly it indicates that we are doing something right.”

Dauber also pointed out that, when compared with districts such as Berkeley Unified or Santa Monica-Malibu Unified, PAUSD was doing no better than some of these districts despite access to significantly more resources.

“One interesting point is that the districts that we are comparing ourselves to all have lower levels of student funding than we do by at least 20 percent,” Dauber said. “So what we should be seeing, for those students who are less well resourced, is our resources compensating for this, and I don’t think that’s at all what we are seeing in the data.”