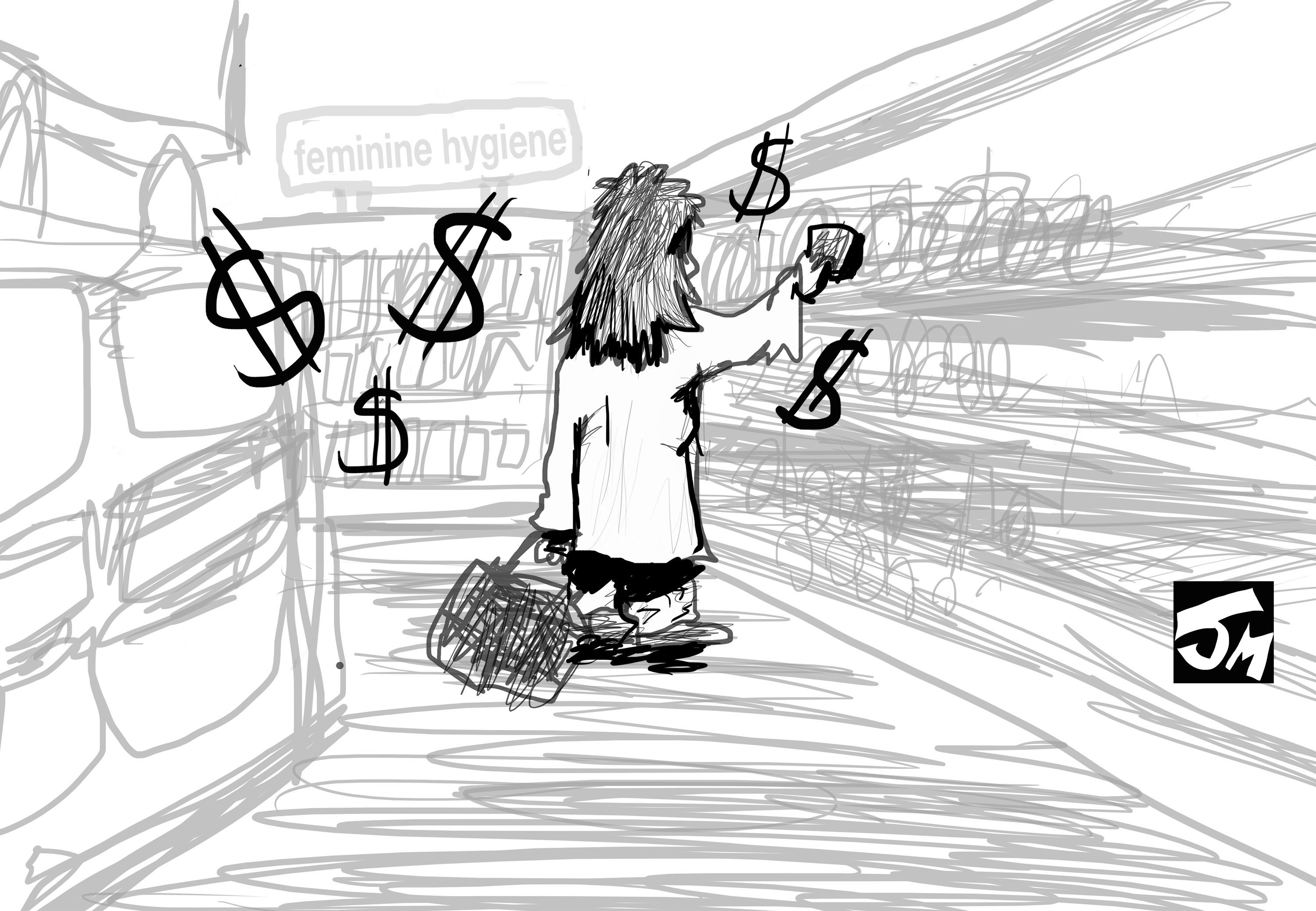 Menstrual products ought to be exempt from taxation

Grace Kitayama
Opinion
October 5, 2016
Candy, plant fertilizer and animal feed are just some of the products exempt from a sales tax in California. These products are tax-free because they are considered “necessities of life,” according to the California Revenue and Taxation Code. While these products may be beneficial, they are not necessities for the average citizen. Arguably more important goods are not included under this code.

Governor Jerry Brown vetoed two bills that would have provided tax exemptions on menstrual products in September. Brown defended his decision, by stating that the bills would cost the state too much money.

“Tax breaks are the same as new spending,” Brown wrote in a veto message. “As such, they must be considered during budget deliberations so that all spending proposals are weighed against each other at the same time. This is even more important when the state’s budget remains precariously balanced.”

It is simply illogical that Brown can justify a tax break on candy and plant fertilizer, then state that California does not have the budget to exempt sanitary products from taxation.

Tampons, sanitary napkins and other feminine hygiene products such as menstrual cups, cloth pads and sea sponges should be given away for free or at least be tax exempt in the United States. They are necessary products for virtually all women and girls during their menstrual cycles.

On average, girls in the U.S. will have their first period at the age of 12, according to obgyn.net. Until she reaches menopause around the age of 51, a woman will use approximately 10,000 sanitary products in her life. Women in most states must pay a tax on what is already an expensive product — a box of 36 tampons can range anywhere from $7 to $11 — even though these products are basic hygienic necessities.

Historically, society has taught women to be ashamed of their menstrual cycles. Today, women are still shamed for having their period. In August, presidential candidate Donald Trump called CNN to complain about debate anchor, Megyn Kelly. He told CNN that “there was blood coming out of her eyes, blood coming out of her… wherever.” Men mock and belittle women on their periods by associating being on one’s period with being overly emotional.

Furthermore, a woman’s period is often looked at as dirty, messy and disgusting rather than the sign of health and fertility that it is. As a result, sanitary products are completely ignored from tax exemptions by the state of California despite being items that all women need.

If society has taught women to be ashamed of their menstrual cycle, then society should be responsible for helping women manage their period. Lawmakers should not make it more difficult for women to get the hygiene products they need.

Some may argue that the tax on sanitary products is in place because such products are only used by women, not by all citizens of California. Though it is true that these products may not be utilized by all people, the sheer number who use them make up for this. According to Suburban Stats, an organization that seeks to provide demographic information for every city, state and county in the U.S., more than half of Californians — approximately 18,736,830 people — are female, many of whom are at the age of menstruation. This is significantly more people than the population of Californians who purchase animal feed or plant fertilizer.

Though some may argue that these two products are not related, it is important to acknowledge that both have a similar stigma surrounding them. Condoms, however, can be obtained for free at organizations such as Planned Parenthood while free sanitary products are rarely, if ever, offered at such facilities.

It is simply illogical for feminine sanitary products to be taxed. Women have been getting their periods since humans fully evolved into the species that they are today, and it is humiliating that society still does not treat something as natural as menstruating equal to any other tax-exempt necessity of life.

Though the community and the state that we live in are  significantly more liberal than other parts of the United States, there are still outdated patriarchal undertones in place that hinder gender equality, and as a result, social progress in America.