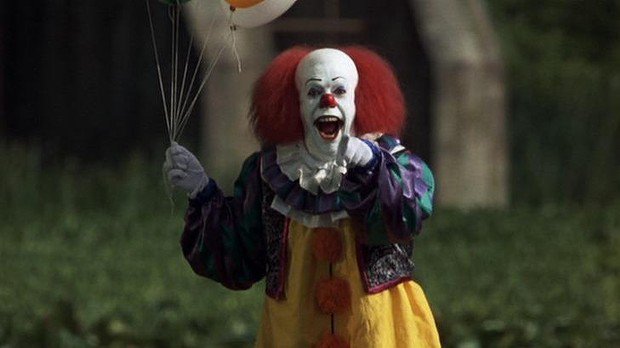 Grace Kitayama
Lifestyle
October 25, 2016
A marketing campaign, a prank, a social media fad and a meme all rolled into one terrifying phenomenon: creepy clowns. Though no one is absolutely sure of what caused the emergence of these terrifying clowns across the nation, one thing is for certain; we should all fear for our lives.

The first clown emerged in early August. A Green Bay, Wisconsin resident was roaming the streets of the town dressed up as a clown to promote a short, local horror film entitled “Gags.” A few weeks later on Aug. 30, a group of schoolchildren in South Carolina reported to police that a group of clowns had attempted to lure them into the woods with money. Since then, a string of unnerving clown images, videos and news stories have been popping up across the country. Since these initial stories have been publicized, videos featuring all sorts of unsettling clowns are surfacing on popular social media platforms like Twitter and Snapchat. The issue has escalated into an international epidemic. People have been seeing these clowns around the world, and accusations have been made against them — the clowns are allegedly threatening violence toward American citizens.

In Sweden, a man wearing a clown mask stabbed a teenager in the shoulder. Just last Thursday, two teenagers were attacked in Northern Germany. These physical acts of violence have sparked even higher concern among local citizens and thus has made the trending videos of said clowns all the more menacing as well as frightening.

It is not only innocent citizens who are being threatened; the clowns themselves are receiving physical injury as well. The stories seem to be getting more and more bizarre the more these incidents continue to occur. An American student studying in Cambodia decided to don a clown mask as a prank and was killed after being accidentally chased onto a landmine.

Even more terrifying, the clowns seem to be hitting closer to home than many imagined. According to KRON 4 News, the Federal Bureau of Investigation has been investigating the Oakland Unified School District for clown-related disturbances.

Since clowns have reportedly been seen near Palo Alto, students at Palo Alto High School are fearful for their safety. Junior Lucia Dong reveals her feelings about the many clown sightings as Halloween aproaches.

“I know all clowns are creepy but I think it’s funny how clowns can be interpreted in two ways: either joyful and funny, and the other side is that they are creepy,” Dong said. “Now that they are coming out in real life and to think that they are scaring children is just very strange.”

The fear associated with clown sightings has become so severe that several measures have been taken in order to ensure the safety of American citizens, especially with Halloween just around the corner.

Target has responded to the recent clown sightings by pulling all clown masks from its shelves and from its online stock to quell some of the public’s hysteria. Despite these actions, other retailers’ clown mask sales have increased by up to 239 percent, according to ABC Action News.

Furthermore, police nationwide have been making efforts to prevent future clown-related disturbances. In Zilwaukee, Michigan, the local police department asked the town’s citizens to refrain from dressing as clowns for Halloween. According to the Zilwaukee Police Department’s Facebook page, the Saginaw County Prosecutor announced that the police department will be pressing charges against anyone who dresses like a clown with the intention of frightening or harming others.

The hype surrounding clowns has been gradually dying down and there have been no reports of the clowns in recent weeks. However, with Halloween only a few days away, it is important to be aware of possible threats before venturing out on Halloween night. This year, think twice about going out in that rainbow afro.