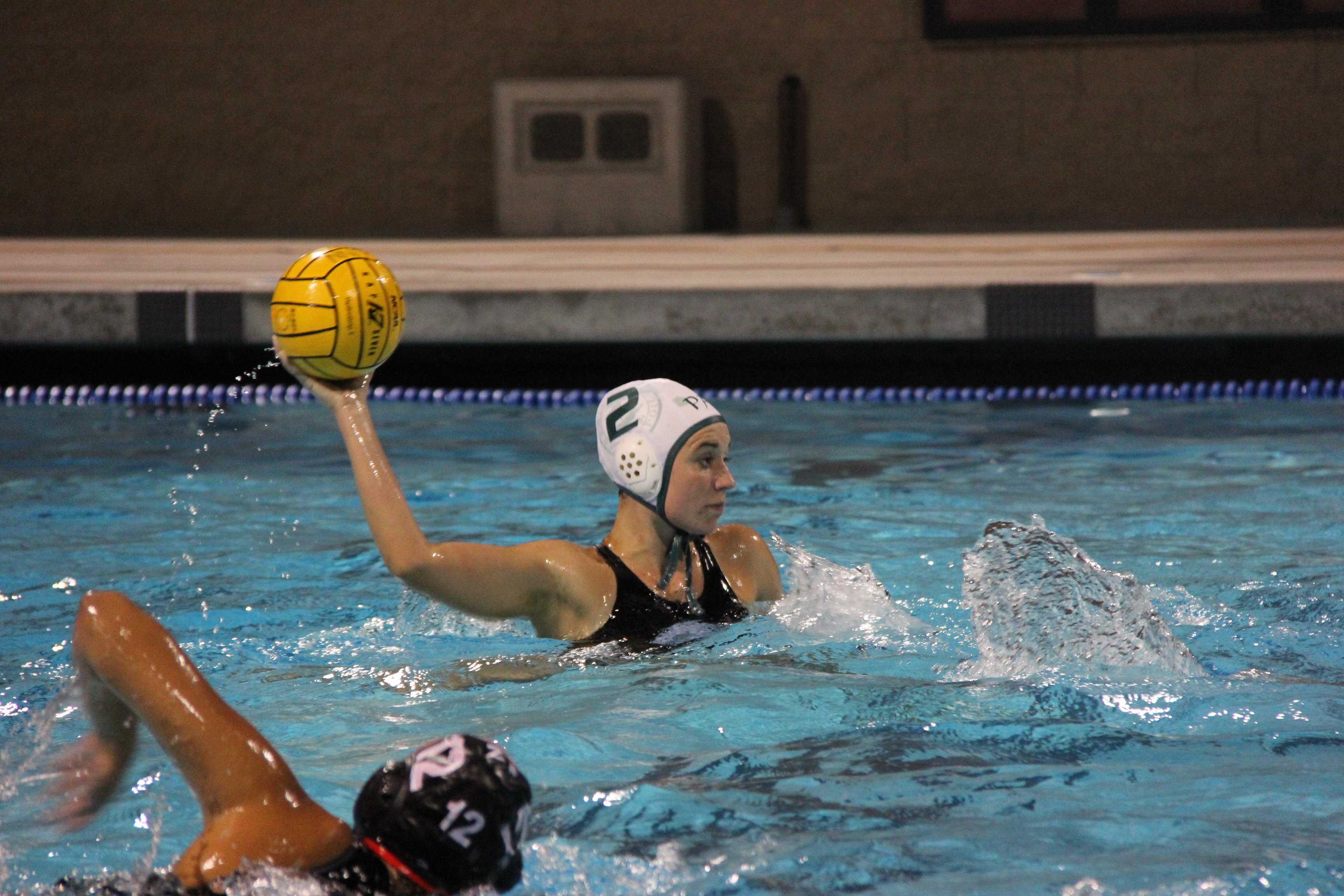 There come moments when the greatest teams of all time falter and miss a step. For the Palo Alto High School’s girls water polo team, this season has been an uncharacteristically wild one, — the Lady Vikes sit in fifth place in their division with just one league game left in the season.

Worn down both physically and mentally as the end to their hellacious season inches nearer and nearer, the team headed north on Oct. 6 to take their last stand against the Los Altos High School Eagles.

The Vikings exchanged blows with the Eagles early on — both teams racked up six goals in the first quarter alone. Paly did not stop there, moving the ball in a way that reminded onlookers of the 2016 Golden State Warriors, with four different players scoring goals for the Lady Vikes over the course of the game.

Despite this incredible offensive performance, the team squandered a 3-1 lead and could not finish the game efficiently — much like the Warriors — eventually losing to the Eagles by a heartbreaking final score of 7-4.

More motivated than ever, the Lady Vikes stormed south in search of an unlucky opponent on whom to bestow their wrath. On Tuesday, Oct. 11, the Lady Vikes bandwagon touched down in Cupertino, Calif., hungry for its next victim: the Cupertino High School Pioneers.

I think that we have come together really nicely as a team, learning each other’s strengths and weaknesses.

The Lady Vikes, energized by the Pioneer’s 0-9 record, quickly turned what was expected to be a water polo game into something that more closely resembled a Himalayan landslide, only if boulders were replaced by the prodigious abilities of senior goalkeeper Joanna Falla, who limited the scrappy Pioneers to just five goals while picking up her league-leading 148th save of the season.

Junior Sabrina Hall contributed an additional five goals in the hair-raising assault on Cupertino, which ended with Palo Alto winning by a final score of 16-5.

After making the Pioneers turn into the Donner Party, the team headed back home to prepare for the Western States Tournament that begins on Oct. 15 in the hostile territory of Modesto, Calif.

The two day tournament saw the Lady Vikes facing off against Saint Mary’s High School, del Oro High School, and many other opponents. The Vikings did well in the tournament, controlling any team that fell into their sacrificial bracket.

If this tournament was an omen of any sort, the team will wipe the floor with any and all opponents at the Santa Clara Valley Athletic League (SCVALs). The team carried their momentum into the tournament, going 3-2 and finishing a solid 24th out of 64 teams.

The Vikings, drowning in the sweet embrace of victory, look to the SCVALs, hoping to strike early and often against their opponents.

“We can continue to come out strong and keep our opponent at five goals or under,” said junior Alyssa Ibuyan. “We have come together really nicely as a team, learning each other’s strengths and weaknesses.”

The girls’ season has undoubtedly been one full of ups and downs. It has been a season steeped in adversity and climax. A season that everyone at Paly will surely miss.

While the team lost many games, they undoubtedly won the hearts of Palo Alto High School — something no amount of championships can replace.