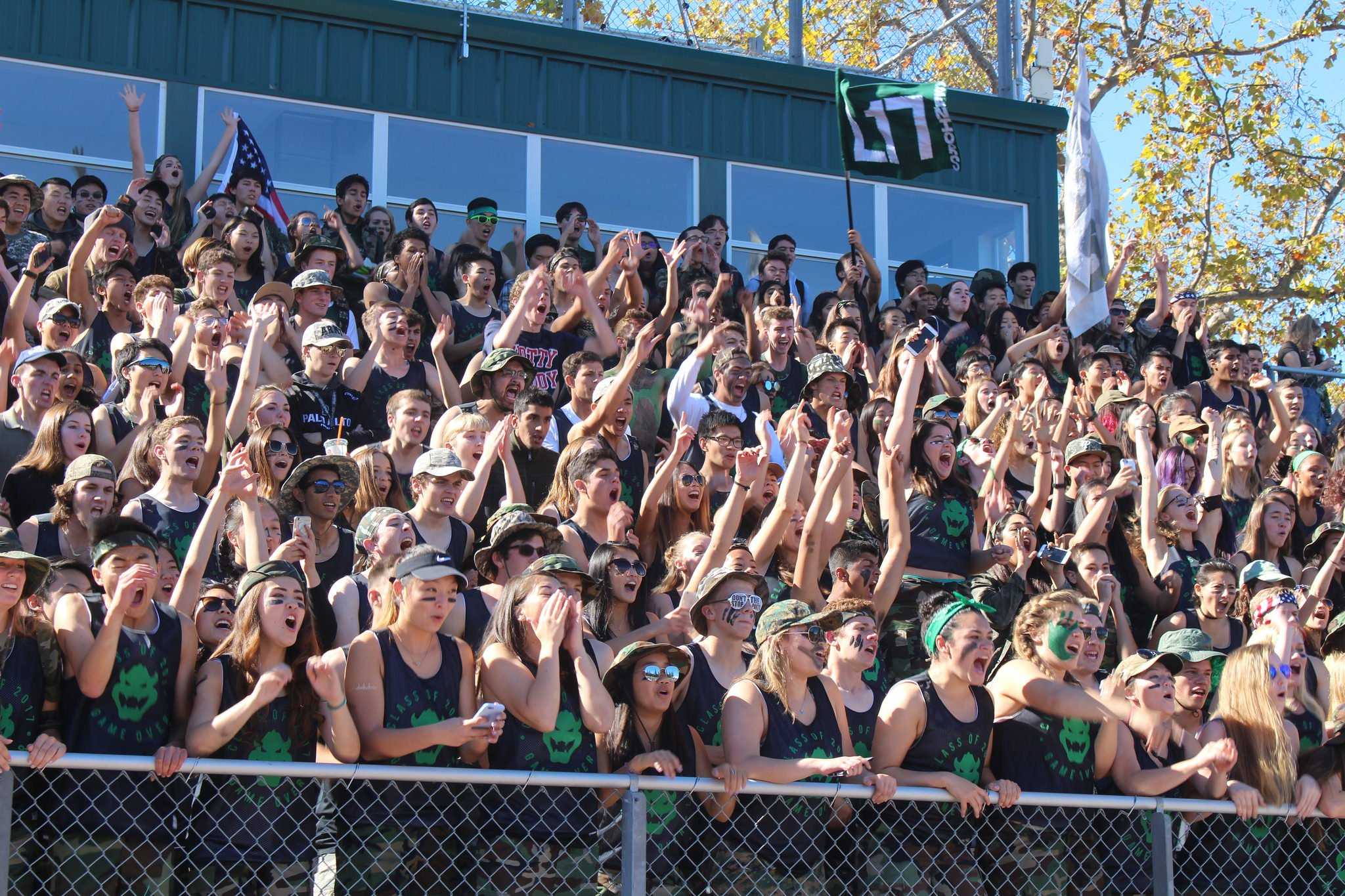 Mackenzie Glassford
News
October 26, 2016
Palo Alto High School’s annual Spirit Week ended last Friday after five days fraught with competition. The week culminated in a senior victory. They were followed by the juniors in second, sophomores in third and the freshmen in fourth.

The Class of 2017 emerged victorious on the first day and managed to maintain their lead for the entirety of the week. The seniors took first in cheers for all but one rally and first in a total of four different rally activities, including banana bump, the relay race, tug o war and the hula hoop chain. They also clinched first place in class dance performance at the Friday after school rally, and despite a second place float, the seniors won the week. However, as with every Spirit Week, tensions ran high between the classes. During the Monday lunch rally, two juniors ran across the field holding a banner reading “It’s Sh17,” their take on the senior chant, “It’s L17.” This resulted in a 50 point penalty for poor sportsmanship against the junior class. Senior Stella Carpenter believes more points should have been docked.

“Not only was their banner bad sportsmanship, it featured profanity and was completely inappropriate for school,” Carpenter said.  “Personally, I would have taken away 100 points.”

While the seniors held on to a comfortable first, the Class of 2018 had to battle throughout the week to maintain their lead over the sophomores. After taking third on the first day, the juniors jumped back into second on Tuesday, and although they stayed ahead the rest of the week, the sophomores kept scores close, with the final points for second and third place depending on the class floats.

The juniors placed third for dance, but first for float, which resulted in a  second place victory.

“I thought it was a really good experience as always,” Fogarty said. “It was fun on Friday to watch all the grades come together for the final rally, even after a week of competition. Overall, it was just a really funweek.”