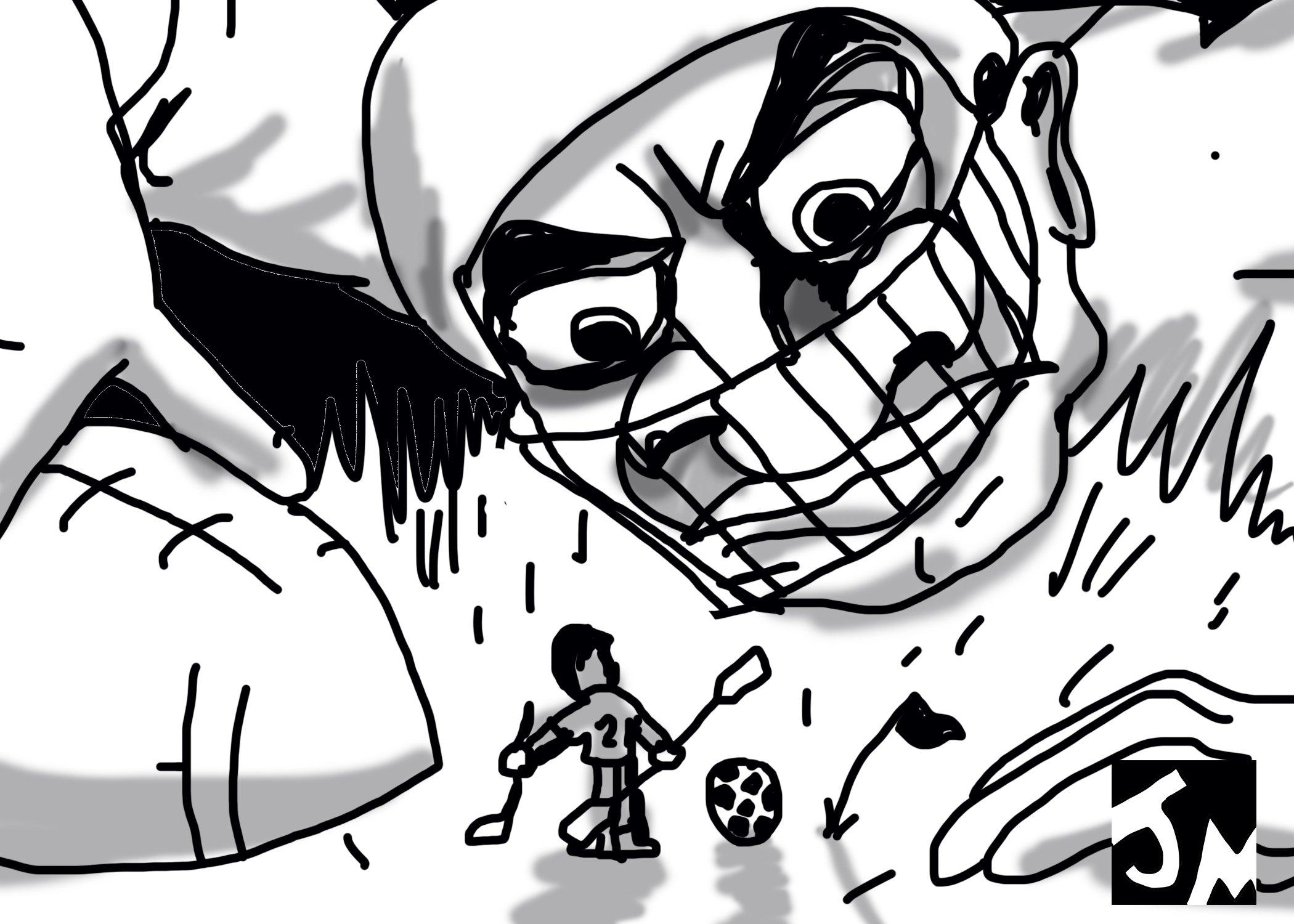 Sports funding should be allocated equally among teams

Nicholas Melvin
Opinion
October 26, 2016
Pervading the campus of one of the most highly regarded high schools in California is an injustice so deeply-rooted and unbearably calamitous that it is taxing to even think of it. This abomination is the unequal distribution of funding for high school sports.

Several years ago, the Palo Alto Unified School District (PAUSD) made a decision that would alter the future of high school athletics for the next few decades.

The district cut athletics out of its budget, leaving the sports department to fend for itself. The department was lost. It was scared. It was confused. But never, not even for a second, was it defeated. It learned on the fly, it adapted, it reprimanded, it adjusted; and low and behold, it succeeded.

It forged out of thin air a system for appropriating the funds necessary to run a high school sports department. They were thrown to rock bottom when the district cut them off, but they were not alone. They had before them an even greater resource than they ever had in the district: the help of the entire sports community. And from this, it boosted itselffrom the depths of financial despair to form what is now the Paly Athletics Department.

By saying that one high schooler’s sport is more important than another’s, they are effectively telling one athlete, a kid nonetheless, that they are less important.

Paly’s Athletics Department is a marvel in and of itself. But like any other establishment, it has its flaws. Its flaws are not corruption or oppression of free speech, but an unequal and unjust distribution of funding for the athletics department.

When it comes to lighting fixtures, there is a very clear divide between the sports. Football, basketball, track and Paly’s other sports teams the privilege of extensive flexibility of practice times through the use of lights to illuminate the playing field. This allows for players to practicewithout being impeded by the setting of the sun. That is, all sports except for two: baseball and softball.

Equality in the athletic department entails all sports teams having equal access to facilities. And in this case, it is pretty clear that there are teams that have less than others. Without the installation of additional lighting, the baseball and softball teams are at a major disadvantage to their competitors. They are left with less time to practice than every other spring sport. This seriously disadvantages the basketball team in terms of splitting up into Varsity and Junior Varsities, as they have less field time and opportunity to sharpen what are already finely-tuned skills.

This is a malpractice that must be addressed, as it hinders and stalls the progress of two important sports. This leaves them in a position in which they are less likely to succeed and doomed to be faced with adversity. The opportunities and privileges of sports at Paly should be standardized; everyone should have an equal chance to improve their talents and hone their abilities.

Another prime example of this inequity is in transportation to meets or competitions. When it comes to who gets buses, there seems to be no rhyme or reason behind the distribution of cars.The track, soccer and badminton teams always get bus rides to and from their matches, but beyond that, the distribution is random.

Basketball, baseball and countless other sports are left without complimentary transportation, forcing them to scrounge up a group of parents, grandparents and other assorted fans and family members to provide the players with their necessities. This is illogical, unjust and unfair.

Rather than providing all teams with transportation, the school chooses the sports that they find to be most important, then provides them with whatever they need. But who are they to choose one sport over another? Who are they to decide which extracurriculars are the most important? They unjustly wield an unfair power over student life.

On the other side of things, there is one team that seems to have no trouble with acquiring an amount of funding to suit their propiatal needs: the football team. The football team has lights on their field, buses to every game, bountiful equipment behind the snack shack (which is another football-only funded operation) and even their own private locker room. On top of that, they have a total of 15 coaches. This means they have enough to give each of the other seven fall sports two coaches, and still have one left over to coach their own athletes.

When looked at by a purely economic standpoint, this favoritism does make sense. Football pulls in the most revenue of any sport, as the majority of sports allow free access during games. Logically speaking, the only real option that the sports boosters staff has is to try to make the football team as good as their money can buy, and use the extra revenue brought in by a good team to buy things for other sports.

This logic is problematic. In dedicating extra money to football, the sports boosters are doing something that nobody in the world has to do. By saying that one high schooler’s sport is more important than another high schooler’s sport, they are effectively telling one athlete, a kid nonetheless, that they are less important.

They are putting their own necessity for funds ahead of the well-being and development of the hundreds of student athletes who prefer their brains without major trauma, and they are hurting the overall sports experience of many other Paly athletes. This is veyr much unfair and unprecedented, and needs to be ended. Paly sports need to be made great again, and the only way to do that is to even the playing field.