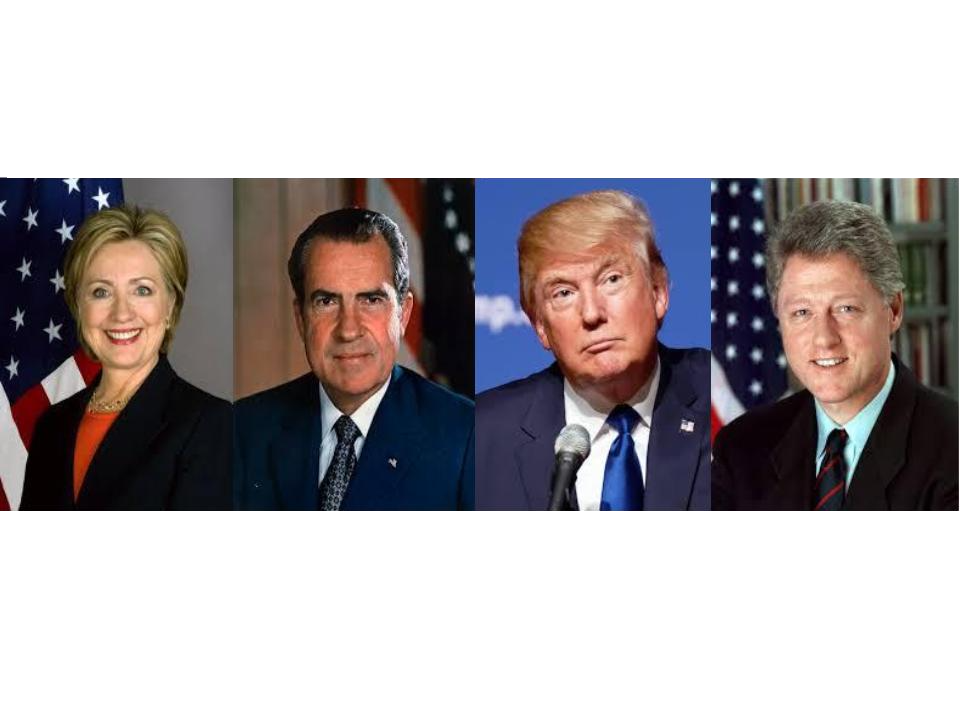 How politicians master the art of apologies

Eli Gwin-Kerr
Lifestyle
October 31, 2016
Our lives are set on a stage for all to see, whether we like it or not. Some are set on a bigger stage than others, but in the age of handheld cameras and microphones everyone is subject to some form of constant surveillance. Subsequently, affairs that might otherwise go unnoticed are becoming unearthed and made public, for better or worse. The idea of a scandal is something illegal or immoral that has been uncovered, or broken, after being carefully covered up by its perpetrators, and the way that those who are responsible for the events apologize becomes the way that they are seen in the public eye.

The life of a public figure is always at risk of scandal, especially for those in politics — a disgrace for one person often presents an advancement opportunity for another. To a politician, reputation is almost more important than policy, as seen in the increasingly common smear tactics that drive many a nominee’s campaign. After John C. Frémont was accused of being a Catholic in the 1856 presidential election, the hope of uncovering one’s opponent’s improprieties has pushed politics to the mud-slinging and accusation-hurling flurries. Many examples were present in the second presidential debate of the 2016 election.

The American public is — or should be — used to the routine of a political scandal. From Nixon’s Watergate to the Clinton-Lewinsky scandal to those of a less presidential scale like Anthony Weiner and the Clinton emails, almost every politician has issued an apology at a press conference, aired on live television. These apologies are composed of a few key components: an acknowledgement of the event and its effects, a statement of regret for the event, the assuming of its responsibility for it and finally the solution. In Nixon’s case, the solution was resignation. Bill Clinton let it go to a grand jury but expressed an apology nonetheless. Lower level political scandals still run rampant among Congress members and senators. These typically concern forms of corruption or dubious allocations of taxpayer money, but are followed up with a confession and admittance of regret. But public apologies aren’t just for those affected by the scandal — apologies are chances for those who are guilty to reclaim a last shred of dignity.

Take the most polarizing scandals in recent US politics: the breach of Hillary Clinton’s private email server and the recordings of Donald Trump confessing to a history of sexual misconduct. The two presidential candidates have a tendency for conflicts of conduct, and both have used the other’s slip-ups as the bases of many finger-pointing tweets and debate remarks, despite the fact that both have been handled much differently.

In September of 2015, shortly after Clinton came under media attention for the email scandal, she took to ABC News to express her feelings on the matter.

“I’m sorry about that,” Clinton said. “I take responsibility.”

Fear for national security was a large topic after that particular incident, and one that Trump frequently uses against her. However, Trump’s handling of that bombshell of a recording spoke more to his character than Hillary’s email incident did to hers. In a move unprecedented (in terms of those seeking the White House), Trump bypassed both the statement of regret and the acceptance of responsibility.

“I’ve said some foolish things but there is a big difference between the words and actions of other people,” Trump said in a pre-recorded video. “Bill Clinton has actually abused women and Hillary has bullied, attacked, shamed and intimidated his victims.”

If this latest set of scandals and their according apologies is any indicator, the politics of saying sorry may be heading in a direction that dismisses this etiquette as irrelevant “political correctness.” At least one presumptive politician is. And if this is indeed the case, then there is something to be said for the apologetic process that was once heralded as the dignified and mature way to act. The culture of politics creates a  by-product that is scandalous but the attitude surrounding reputation should change to ensure a functioning political process.