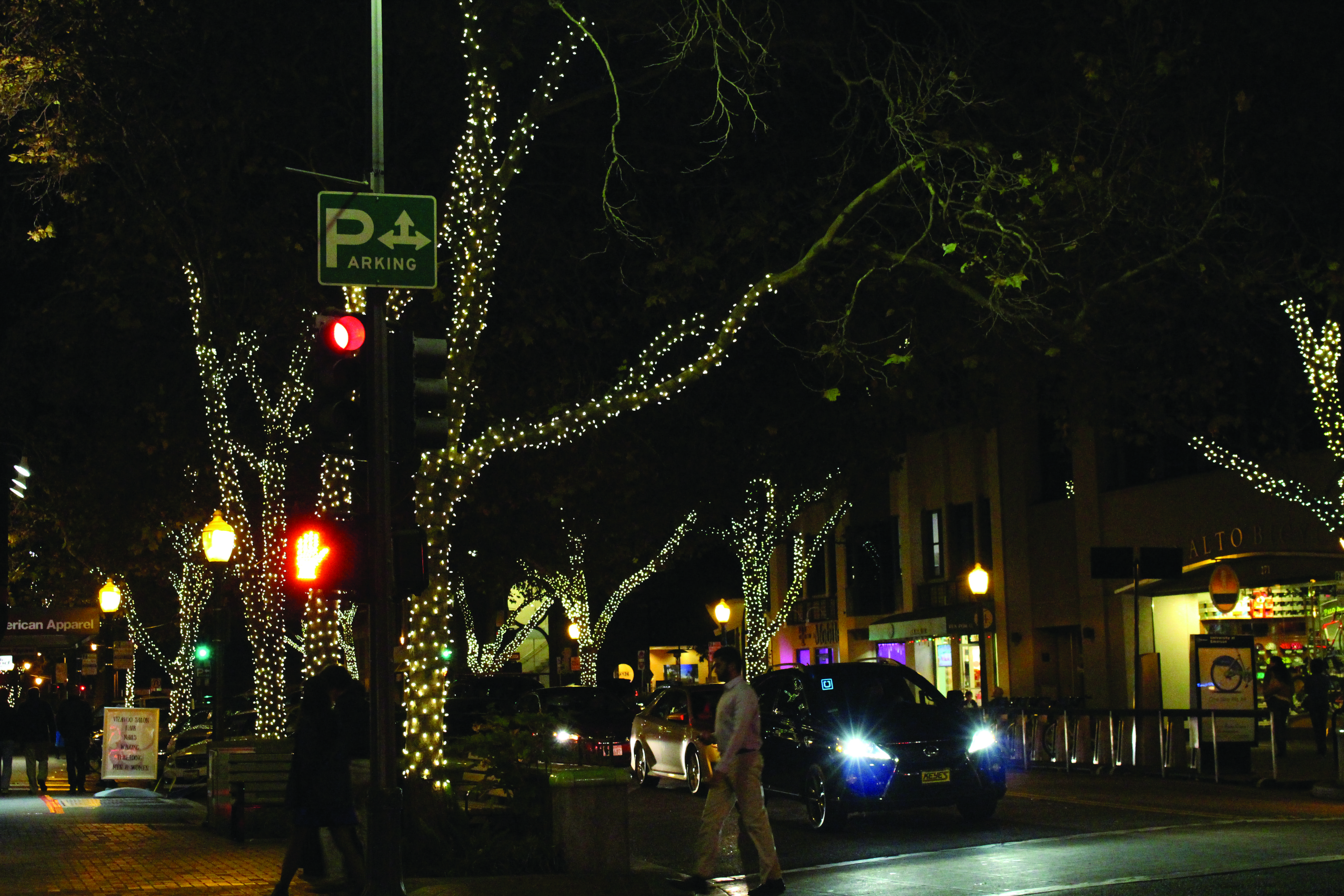 Grace Kitayama
Lifestyle
November 15, 2016
Strolling through the magical, twinkling streets of downtown Palo Alto at night and ordering a pearl milk tea or grabbing a slice of pizza, high school students might find themselves running into several familiar faces from the other side of the counter.

The presence of students in food-service jobs, such as Creamistry, Lemonade, T-4, Chantal Guillon and Pizza My Heart has become increasingly common in the past few  years, with “Help Wanted” signs in windows of almost every shop downtown.

Local businesses are more desperate than ever before to hire new employees. Though this abundance of opportunities for jobs may be good news for Paly students looking to make a little extra cash, countless businesses are struggling just to stay afloat in the increasingly expensive downtown Palo Alto.

I submitted a paper application in-store, no resumé, and a few weeks later I was called in for an in-person interview.

Mark Rovner, Consultant of Communications at Sea Change Strategies, perhaps best encapsulated this pattern when he spoke to the National Public Radio (NPR) in 2005. Rovner observed a phenomenon he dubbed the “bad barista index” or “BBI.” If the service staff at any food establishment — in Rovner’s case, a coffee shop — was below his standards, this signified that the economy was doing well because all of the ‘good’ baristas have theoretically been hired by a better, higher paying, company.

“When the [BBI] goes up, that has to mean that the economy is doing pretty well,” Rovner said in a commentary for NPR. “And folks, I’m here to tell you from San Francisco to [Silver Spring, Maryland] , the BBI is way, way up.”

Rovner’s astute observation does beg one question, however: where did all of the good baristas go? For the answer, one needs to look no further than the local tech giants in or near Palo Alto that have been outbidding the local restaurants for food service staff recently due to their countless resources.

Companies such as Facebook, Apple, Google and even Palantir offer better salaries and benefits to all of their employees that smaller local businesses simply cannot afford to compete with.

As a solution, local businesses in Palo Alto are turning to high school students who are willing to work part-time and usually do not require the extra benefits that the majority of technology companies offer, such as higher wages.

Students looking for part-time jobs are in luck, as the process of finding and acquiring employment has never been easier in Palo Alto. Many students who work downtown have described their interview process as very casual and painless.

“I found out about the job opportunity through a friend,” said Maddie Hare, Paly  junior and Creamistry employee. “My interview was informal, [and the] application process was easy.”

Application processes have become more lenient at local businesses in order to attract more workers. This method also allows for less experienced workers; thus, more students have been working at jobs that used to only be occupied by non-high school students.

Josefin Kenrick, a Paly alumna, worked at Pizza My Heart in its downtown location from January 2013 until May 2014 when she attended Paly. According to Kenrick, a resumé was required at her interview, whereas Paly students who work at Pizza My Heart currently were not required to present a resumé in order to get the job.

“I submitted a paper application in-store, no resumé, and a few weeks later I was called in for an in-person interview,” said Paly junior and Pizza My Heart employee Katie Look “They called me that night to tell me I got the job.”

Although it may be easier for Paly students to be hired for jobs, once they start work, many students face a longer work schedule than students have in recent years, largely due to understaffing.

For example, Look is expected to work approximately 30 hours a week, while Kenrick, who worked at Pizza My Heart only two years ago, maintained a schedule of only 20 hours a week. Businesses simply cannot find enough workers, and as a result, ask their employees to work much longer shifts.

“I felt it was unreasonable for me to be asked to work over 30 hours in a week,” Look said. “A lot of [the issue with long hours] has to do with the fact that we’re currently understaffed.”

The makeup of the staff has also changed at many businesses downtown. Many of the employees are Paly students, many are college students or students from other nearby high schools. Previously, employees were more likely not to be Palo Alto residents. However, because of Palo Alto’s high prices, the majority of minimum wage workers can no longer afford to live in Palo Alto on their own.

“My favorite part of the job was hanging out with my co-workers because they were very different from my friends at Paly and that helped me disconnect a bit from when Paly was too toxic of an environment due to all of the stress and social pressure,” Kenrick said. “My coworkers were different because [they were] older with different backgrounds, ethnicities, socioeconomic status[es], goals and career paths.”

Students who work downtown, however, may not have the same work experiences that Kenrick had while working while in high school a couple of years ago.

Even though the excess of job openings may seem like a good thing for high school students at first glance, some students might be not be able to work with the increasing hours.

Not only do students with jobs face the possibility of being overworked, employers lack an adequate amount of employees to run their respective businesses effectively, which can cause even more problems for employers and employees.

Yet despite the change in how students attain their jobs and their long hours, many still think the experience, as well as the ability to gain some financial independence is well worth the change in the service work environments downtown.

Junior Angelina Wang has been working at Chantal Guillon for over three months and is fond of her job in addition the people that she works with. She is thankful for the job opportunity that she may have not gotten otherwise.

“I really enjoy talking with my coworkers; it feels more like we’re hanging out and customers are interrupting, rather than straight-up work,” Wang said. “My manager is also super sweet and fun to talk to, because she’s a college student, and can relate to a lot of what we’re going through or are interested in.”

I really enjoy talking with my coworkers; it feels more like we’re hanging out and customers are interrupting, rather than straight-up work.

Regardless of whether or not this new trend of growing job opportunities for Paly students at small businesses continues, the majority of high school students in search of jobs will likely continue to work at whatever business is willing to hire them. Furthermore, downtown Palo Alto’s employees will most likely continue to consist of students from high schools and colleges nearby instead of older employees, as small businesses in Palo Alto might have seen in previous years.

Consequently, the next time you go out with friends for some coffee downtown, do not be surprised when the local barista serving your beverage is a classmate or friendly face.