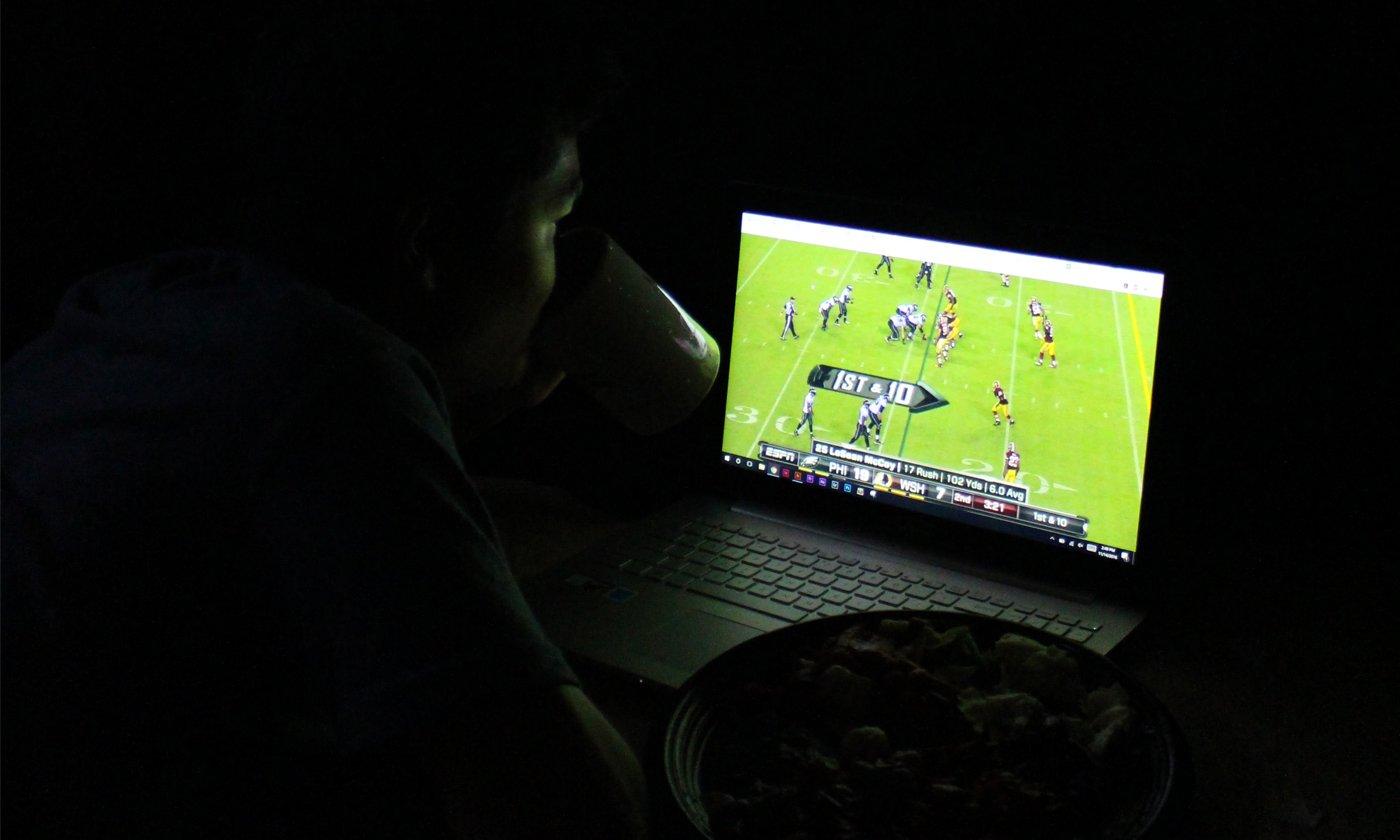 The Downfall of ESPN

Since its founding in 1979, ESPN has invariably been regarded as one of the primary networks for sports fans to watch. With substantial coverage of not only beloved sports like football, basketball and baseball, but also popular original series and talk shows, it is impossible for sports fans to avoid the network, and the numbers agree. In 2015, ESPN was given an astronomical value of $7.5 billion — the next most expensive being the NFL Network recorded at a meager $1.16 billion — making it the biggest business in sports.

With its unparalleled access and broadcasts, one might expect the company’s viewer base to continue to increase; however, this is not the case. On Oct. 28, Nielsen, a data and measurement company, reported that ESPN had lost 621,000 subscribers in the month of November alone. This drop equates to a decrease in revenue of $52 million, the worst loss in ESPN’s history.

Unfortunately, this was not simply a bad month. This event has uncovered ESPN’s progressive decline in viewers for longer than one might expect. In fact, ESPN has been losing nearly 300,000 subscribers each month for the past two years, and this number is only growing. This decline can be credited to a number of factors, but is ultimately centered around a larger trend.

While events such as a 24 percent reduction in Monday Night Football’s traffic have exacerbated the subscriber’s losses, the greater cause lies beyond ESPN itself, mainly in cable television. The expeditious degeneration of cable subscribers has negatively affected nearly every sports network, yet ESPN has been impacted the most due to its seven dollars per month fee for cable subscribers. ESPN’s price is three times more expensive than the next most expensive network. This means that every cable viewer pays approximately $80 dollars each year to watch ESPN. While surprising at first, the prodigious number is necessary for the network’s accumulated sports rights. In 2017, ESPN will pay a collective $7.3 billion for all of its content, a number more than any other source, including Netflix, NBC, CBS and Amazon.

If the current rate of subscriber losses persists — considering November’s numbers as unusually high — ESPN will lose approximately three million subscribers this year, leaving them with 86 million subscribers in 2017. At seven dollars a month for each of these subscribers, that would earn ESPN $7.22 billion, as well as nearly two billion from advertising. Even with its drop in viewers, it’s safe to say ESPN will still be profiting in 2017. However, if these number continue to decrease, this may not be the case in the near future.

Assuming that ESPN will continue to lose three million subscribers per year, the network will drop to 74 million subscribers by 2021, which will only bring in 6.2 billion dollars in viewer revenue at this seven dollar rate. Even if they raise their price to eight dollars a month, a revenue of $7.1 billion would still fall below the profit margin.

It is evident that ESPN’s influence will never be what it used to, and while the network will likely still be relevant for a long time, it will be necessary to cut back on their sports rights spending.

One possible cut may be Monday Night Football, which is currently the largest sports contract in the world at $1.9 billion dollars a year. In 2021, the contract between the two companies will expire, and it is likely that the NFL will ask for a larger contract, as it has with each renewal. Considering its approaching 30% drop in viewers, as well as ESPN’s decreasing subscribers, it is highly unlikely this will be possible without ESPN taking monumental losses.

On the other hand, ESPN’s NFL broadcasts are a significant part of the program. Not only is it one of the most popular programs offered on the network, but it has also been used as justification for its high price for cable viewers. Without its connection to the NFL, there will certainly be a demand for ESPN to decrease its price. Therefore, removing Monday Night Football could potentially lose them money as well.

This quandary foreshadows what might be the upcoming destruction of the existing sports bubble. Inflated prices all over sports, including network contracts, player contracts and running costs keep increasing while viewer numbers continue to decrease. For too long, everyone has ignored these trends.

If no solution is found, it will inevitably collapse, resulting in a colossal, negative ripple effect across all sports. Apart from enormous contracts imploding, even aspects considered concrete — such as player contracts and the medium through which sports fans find content — may change.

In terms of sports networks, ESPN would take the worst hit, but will likely not be the only sports network to degrade. Evidence suggests that other networks have also begun to see their worst losses yet, such as Fox Sports Go, who lost 355,000 viewers in November — about half of ESPN’s.

Sports businesses like Fox, NBC and CBS are in better shape, as most of their best games are on network television. These networks contain some of the most anticipated events, including the World Series, the Super Bowl, Olympic events, the Masters, Sunday Night Football and more. In theory, it might be possible for ESPN to sell some of their sports rights to these networks, allowing them to maintain their profit margin. Right?

Ultimately, ESPN’s situation is as bad as it appears. The network is facing a major problem, and the fate of sports broadcasting may be determined by how it is handled. ESPN’s collapse would undisputedly alter the sports world as we know it, as it’s challenging to predict exactly what condition ESPN would leave all of its content in. ESPN’s business model must be changed, and it will be worrisome to follow the network’s decisions as 2021 approaches.