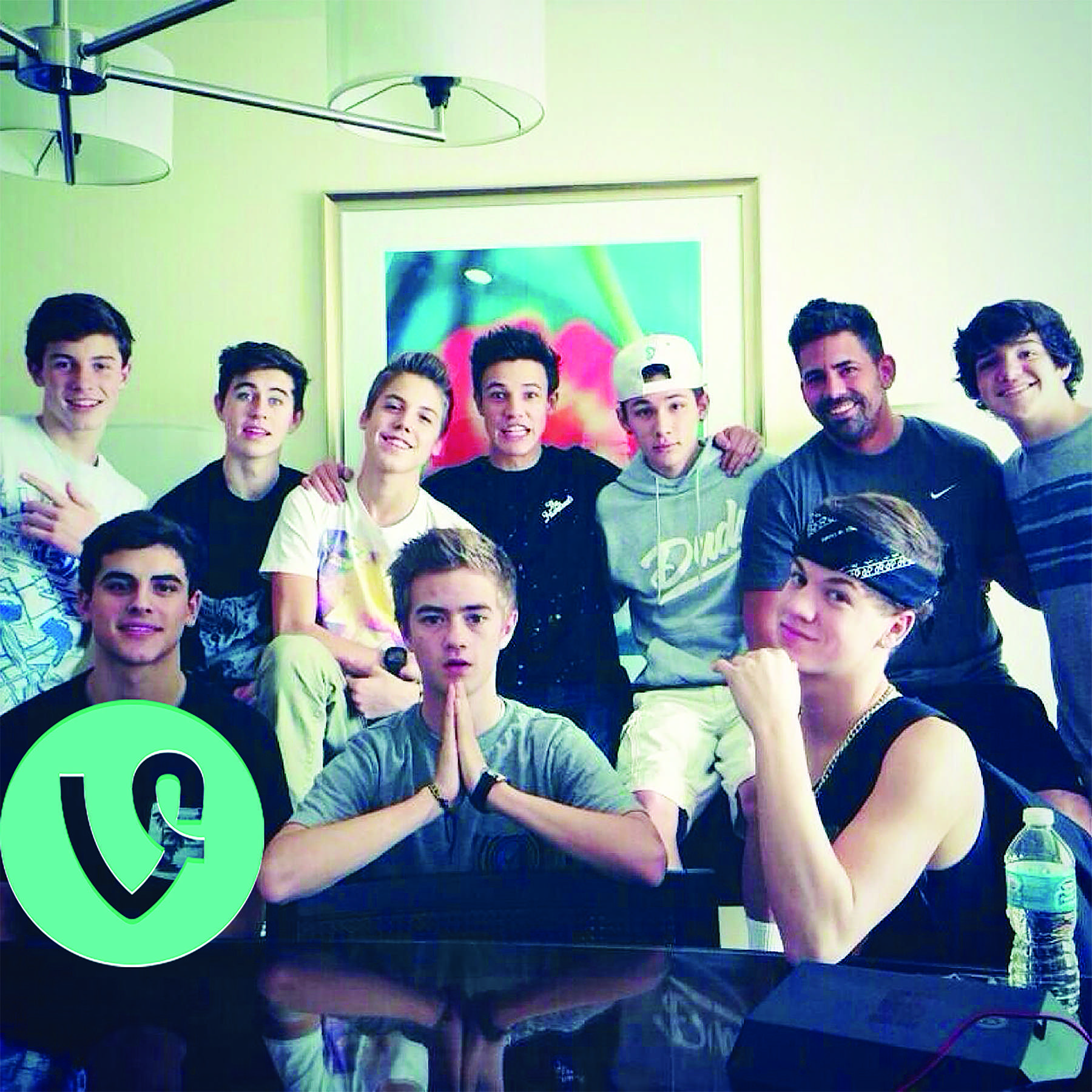 Mackenzie Glassford
Lifestyle
November 16, 2016
Ernest Hemingway made famous the six word story: “For sale: Baby shoes, never worn.” Much like Hemingway’s stories, the video sharing app Vine utilizes increments of six on its platform — but instead of words, Vine’s units are seconds. After seeing a meteoric rise to fame upon its creation in 2012, Vine’s parent company, Twitter, has announced plans to shut down the app, although the website will remain accessible.

The shutdown comes as a shock to many, but famous Vine users known as Viners, were prepared for and may have even expected this outcome. After its release, Vine was instantly heralded for its artistry and novel concept. The six second looped video was an ingenious idea that had not been explored before, and it proved to be an appealing one. Even now, with Vine in decline, it averages about 200 million users monthly, according to DMR Digital Statistics. The number of Vine loops played daily is about one billion and the annual statistic tops out at more than half a trillion loops.

At the height of its fame, Vine catapulted many of its users into the mainstream media spotlight. Singer Shawn Mendes started off on Vine posting snippets of himself covering popular songs, which earned him a massive following of 5 million users. He went on to sign a huge record deal with Island Records.

His social media influence has spread to Instagram and Twitter, with 15.3 million and 7.9 million followers respectively. Nash Grier and Cameron Dallas took a different route, choosing to angle for comedic content. They went on to tour the country with other Viners, and have since broken onto the movie scene, starring in a 2015 movie called “The Outfield.” Hayes Grier, who has 4.4 million Vine followers, competed on “Dancing with the Stars” when he was just 15 years old. Across the world, popular Viners have demonstrated Vine’s influence on pop culture, and what success on the app could potentially mean for one’s career.

However, Vine began seeing heavy competition from other social media platforms. Instagram introduced a 15-second video feature in 2013, which was later upgraded to a full 60 seconds.

They also promoted celebrity accounts, producing a popular “explore” feature that gave its users the exposure that Vine could not. Meanwhile, Snapchat was becoming the casual life-sharing app that Vine’s founders had originally pitched to investors, and thus began Vine’s decline. Vine began losing marketers to Instagram and Snapchat, and its decline was not helped by its unstable leadership. Vine has seen many executives come and go since its creation which likely contributed to their unimpressive profits. Ankur Thakkar, Vine’s former head of editorial, told news site The Verge that this lack of stability in leadership affected everyone involved with the app.

“A couple of things were plaguing Vine at the time, and they all stemmed from the same thing, which is a lack of unity and leadership on a vision,” Thakkar said. “It trickled down to everything they were doing.”

In 2015, some of its top users sensed Vine’s expiration date was fast approaching. 20 top Viners, including King Bach, Amanda Cerny and Marcus Johns met with Vine executives in an effort to save the app. These users asked for $1.2 million each and in return claimed they would draw viewers in with 12 pieces of original content a month. If Vine said no, they would all walk.

At the time of the meeting, many of these users had already shifted their efforts to other social media platforms. Vine did not accept the terms, and as a result lost nearly half of its most successful users.

Prior to abandoning the platform, the Viners continuously met with Vine executives to give feedback on the application and persuade them to fix what they saw as its main problems. These included negativity in the comments, adding links to Vine captions, a better recommendation page and a more functional suite of editing tools.  User Jon Paul Piques told news website Mic that Vine ignored their comments and dug their own grave.

“We told them how critical it was to implement these things right away,” Piques said. “They never made changes, or when they did it was too late.”

Money was another issue for the company. Viners were not being directly compensated for their work, and had not yet reached a level of fame that would make them money outside of the app.

They were hoping to capitalize on the exposure provided by Vine and use it as a starting point for their acting, singing or comedy careers, as well as support themselves on promotion and advertising deals. However, it became evident that they had jumped on the trend too late, and this ultimately led to the aforementioned meeting which sealed Vine’s inevitable decline.

Although these Viners may not have ended things with Vine on the best of terms, they are all thankful for the exposure it gave them. User Gabbie Hanna told Mic that she owes her current success to the app.

Vine star Alex James shares her sentiment. Vine may be dying, but the platform has provided a creative outlet that allowed many people to rise to fame.