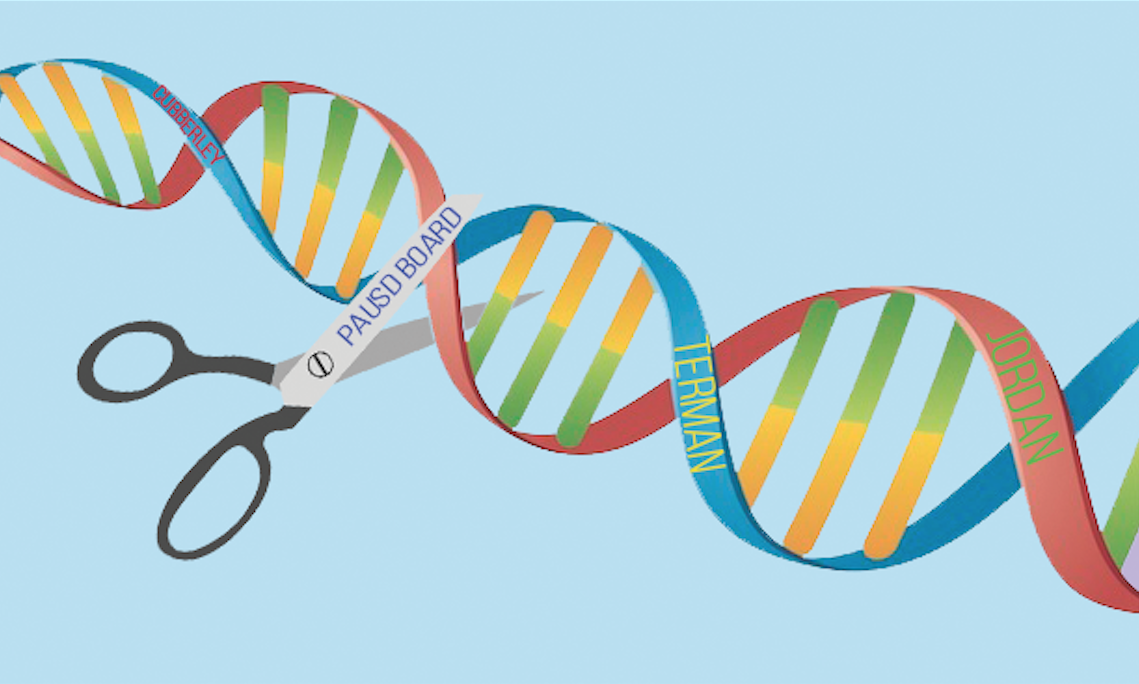 Steps are now being taken to address the controversy surrounding the renaming of Jordan Middle School, which has been a hot topic in the District for over a year. A meeting about renaming Jordan as well as Terman Middle School and the Cubberley Community Center was held on Nov. 7 in the Palo Alto High School Media Arts Center.

The purpose of the meeting was for the Board of Education to hear the community’s perspective on the matter before they voted to change the names of any of the three campuses.

All three of the institutions in question were named after eugenicists — scientists whose work traditionally promoted racial discrimination and inequality. Dr. David Starr Jordan was also involved in the cover-up of Jane L. Stanford’s death — a historical figure for whom another Palo Alto Unified School District (PAUSD) middle school is named after. Because Jordan, Terman and Cubberley are all named after eugenicists, they are also all associated with the unpopular and controversial figures. The growing controversy of this issue has been brought to the Board’s attention.

During the meeting, the Board addressed the following four key questions:

1. What is most important for the PAUSD community: to understand the history of eugenics, including its key supporters and opponents, or to appreciate the educational contributions of Jordan, Terman and Cubberley?

2. What factors and perspectives are most important to consider when making judgements about eugenicists?

3. How are the academic, social and emotional well-beings of students, families and community members impacted when they experience what they believe is insensitivity and bias in schools?

4. What, if anything, should be done about the fact that PAUSD has schools named for prominent eugenicists who may also have been key figures in forming and developing our agenda?

The four panelists addressed issues that surrounded the levity of the eugenicists that the campuses were named after. The panelists discussed what the affect the names have on students and the impact of changing them.

“Eugenicists refined the idea of race to make it real,” Reynolds said. “They also believed that races were unequal. That some were superior and others were inferior.”

Joseph Lamont Brown, another panelist, argued the importance of students’ voices being heard, and in not changing the school names, that these voices are being ignored.

“When students feel like they aren’t valued or respected, when they feel at risk because of  identities that they possess, then frustration, difficulty and experience of bias now carries a more threatening message: that they do not belong, they are not valued and that their continued effort in that environment is not likely to lead to success,” Lamont said.

The panelists believed that all PAUSD students should be taught about the history of the people whom their schools are named after, as such negative history is typically overlooked in California curriculum.

Both the panelists and the audience of approximately 40 people agree upon the importance of not disregarding the negative actions of Lewis Terman and David Starr Jordan as a result of their work in eugenics, despite their involvement in education.

“In the past maybe you could have said ‘well people don’t know who these people were, therefore, we just keep using the names,’” said panelist Tony Platt. “But now, following this debate and this discussion of these arguments that are ongoing, you can no longer say that.”

The issue will be discussed again at a Board meeting on Dec. 6, and a vote will likely be held in January, according to Superintendent Max McGee.