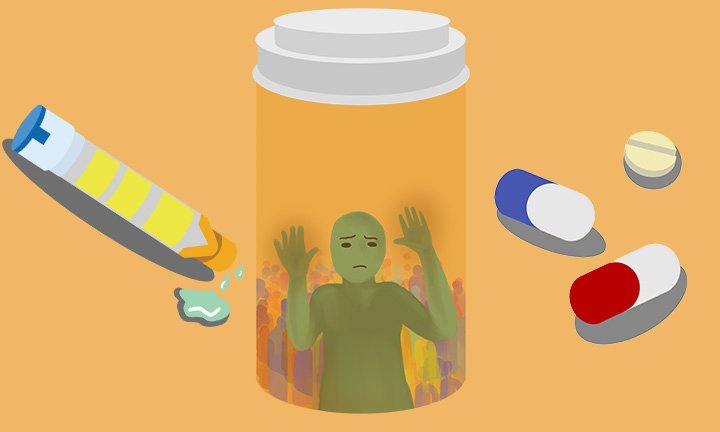 Drug Monopolies: Not Just About Moving the Pieces

Anna Moragne
Lifestyle
December 6, 2016
If any product’s price was raised from $13.50 to $750 overnight, the only reasonable explanation would be that something about it had changed drastically. Maybe the technology was improved for maximum effectiveness or efficiency, or an addition was tacked on to make it more innovative, or easier to use. But what if the only thing different was the owner of the product? And what if this product was no ordinary product, it was a product needed to save lives?

In August 2015, the drug Daraprim, used to treat a life-threatening parasitic infection, was acquired by Turing Pharmaceuticals. Following the acquisition, Turing raised the prices of Daraprim by over 5,000 percent. There was a public outcry from people who were rightfully worried about their safety due to the price increase; many were put in direct harm’s way by not having access to drugs necessary for survival.

With a monopoly on the market, Turing was able to raise prices so significantly without having to worry about losing all of their business. At the time, there were no other safe and effective alternatives to Daraprim.

The US Government has let the drug industry go unscathed by having government protected monopoly rights for drug manufacturers.

Additionally, the market for Daraprim is quite small — only 8,000 prescriptions for the drug were written in the United States last year, so other companies do not have much of an incentive to attempt to get into the market.

Yet Turing CEO Martin Shkreli defended the price hike by attributing it to financial reasons.

“[Daraprim] was unprofitable at the former price, so any company selling it would be losing money,” Shkreli said in an interview with CBS News.  “And at this price it’s a reasonable profit. Not excessive at all … I’m trying to create a big drug company, a successful drug company, a profitable drug company. We’re trying to flourish.”

Due to the price increase patients could be forced to pay up to $634,000 for a year’s worth of treatment.

Not only were individuals affected by this price hike, but hospitals were as well. After the increase in the price of Daraprim many hospitals were no longer able to afford the inordinately expensive drug, forcing them to supplying a less safe version of the treatment that may not be as effective.

When drug companies have a monopoly over a specific drug market they are granted the power to charge consumers whatever price they choose, allowing them to raise prices unnecessarily so they can make a larger profit. The United States government further perpetuates the issue by not setting a price control for drug companies. Almost every other developed country has some system of negotiated prices to limit the extent to which drug companies abuses its monopoly power.

In the U.S., drug companies are granted a 20-year patent, protecting other companies from creating replicas of the initial drug. After the patent has expired, it can still take upwards of 10 years for other companies to conduct research, testing, and have the drug FDA approved, before being able to put it on the market.

By the time this would be complete, the first company would have already taken over the market, making a name for itself as the primary provider of the drug, resulting in making it nearly impossible for the similar, newer, possibly cheaper drugs to carve out their own share of the market.

Pfizer was one of the first Big Pharma companies to be set up in the United States in 1849.

The drug industry began to grow rapidly during the Civil War as the demand for painkillers increased exponentially. The industry really began to boom in the 1940s when standards of living and technological optimism rose, leading to companies focusing on the production of new drugs.

However, as the barriers to entry of the drug-production market rose the industry began to consolidate. In the past three decades particularly, the drug industry has began to move away from discovering and producing new and useful drugs towards the marketing and selling of drugs.

Throughout history, the United States has been cracking down on monopolies in a variety of industries as to protect the public and consumers who were being exploited by the high prices of monopolies.

President Roosevelt was one of the biggest proponents of trust busting from taking down J.P. Morgan’s monopoly on railroads to passing the Sherman Anti-Trust Act, which outlawed monopolistic business practices. Yet, the U.S. Government has let the drug industry go unscathed by having government protected monopoly rights for drug manufacturers.

Drug companies’ abuse of  power extended well past Turing Pharmaceuticals. In the United States, it is estimated that 15 million people have food allergies, yet 14.5 percent of Americans live in poverty. This suggests that around 2 million people with allergies are living in poverty.

And yet Big Pharma sweeps them under the rug. Pharmaceutical company Mylan — uniquely responsible for producing the EpiPen, the device that delivers epinephrine to people when they have severe allergic reactions — has raised the price of EpiPens over 400 percent since 2007.

EpiPens are ideally supposed to be carried in sets of two and must be replaced every year. The recent hike in prices has put a large burden on people already struggling to support their families.

The cost of epinephrine is extremely cheap — what people are paying for is the mechanism to inject it. But EpiPens have been on the market since 1987, hardly novel, so the cost should not be driven up. Mylan’s price increase has forced people all over the United States into being unprepared for a possibly deadly situation by depriving them of medical devices necessary to them.

Heather Bresch, Mylan CEO, felt as though people were misunderstanding the rationale behind the EpiPen price increase.

“I know there is considerable concern and skepticism about the pricing,” Bresch said during a Sept. 21 congressional testimony. “I think many people incorrectly assume we make $600 off each EpiPen. This is simply not true.”

Mylan profits about $100 per EpiPen after factoring out rebates, fees and related costs. Yet, millions of EpiPens are purchased every year so the increase in prices was not necessary to keep the company afloat.

Part of what has allowed Mylan to brutally increase the price of the life saving device is the fact that they control over 90 percent of the epinephrine auto injector market. Mylan has a patent on the device until 2025, making it nearly impossible for other companies to break into the market and create a device of their own to supply epinephrine to those in need.

Mylan’s price increase has caused people around the United States to be unprepared for a possibly deadly situation.

The incidents of Daraprim and the Epipen are not isolated ones; the list of overpriced monopolized drugs goes on and on from Doxycycline to Isuprel to Nitropress, used to treat bacterial infections, certain heart problems, and congestive heart failure, respectively.

The recent upsurgence of drug companies’ greed as a result from monopolies in the news brings up the question of ethicality.

When companies are providing drugs that are essential for an individual’s survival, why is it just to deprive them of medication by raising the prices to unaffordable costs?

When drug companies raise prices so that they can have higher profit margins it causes groups of people to be unable to afford medication they need to live or stay healthy, which indirectly suggests that the companies value their wealth above human lives.

Companies create these drugs to save lives, but end up depriving some of the help they initially planned to give to the public by putting their own interests above those of the common good. People who rely on certain drugs and medications are completely in the hands of drug companies.

When people may so crucially need medication it is up to these  companies to provide it to them and make it affordable. In the industry of healthcare, health should be prioritized above business, yet in today’s market the priorities have been flipped.