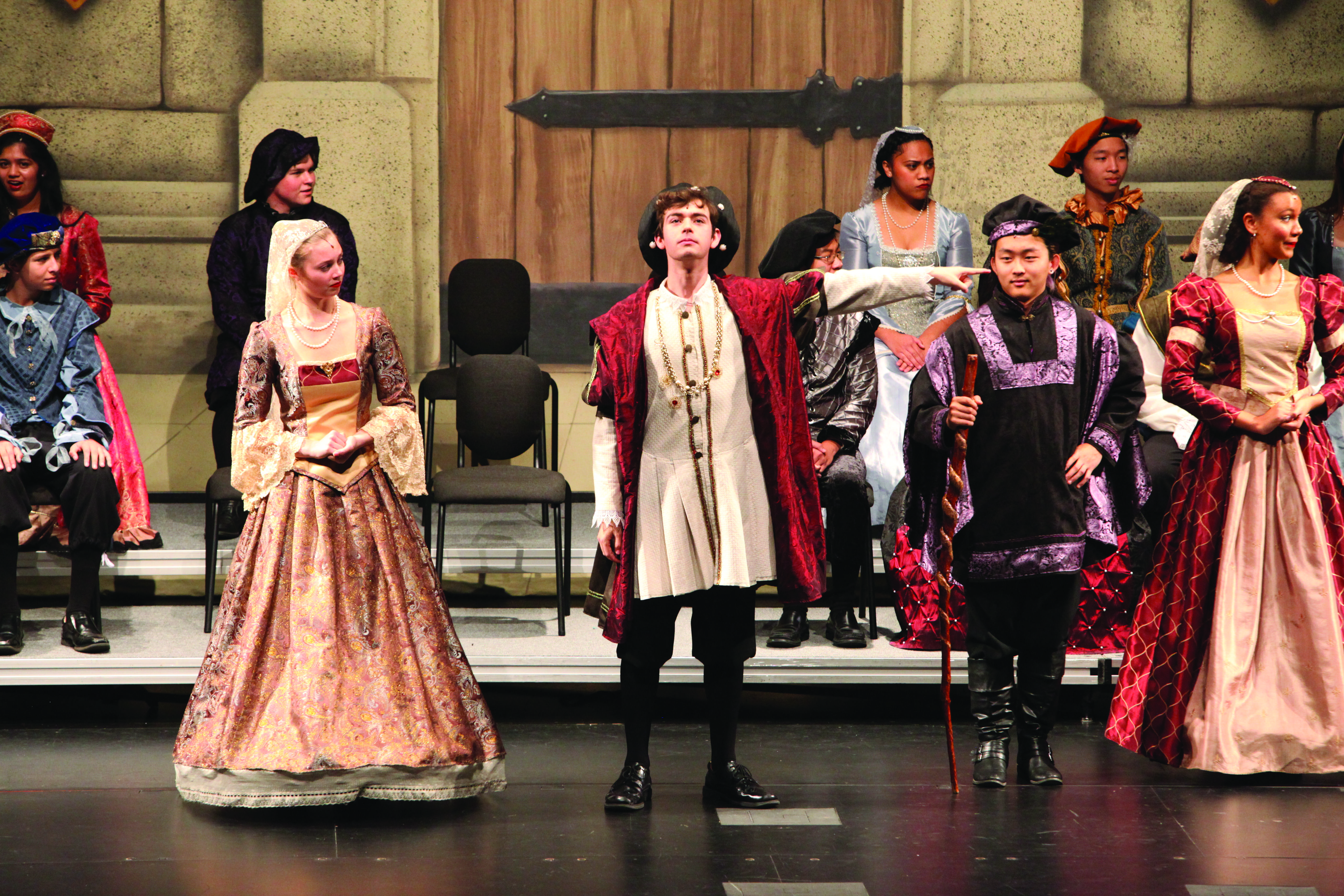 Uma Choudhury
News
December 7, 2016
The Palo Alto High School  Choir performed at the 50th annual Madrigal Feaste on Dec. 3 and 4. The event was held in the Performing Arts Center for the first time.

The Madrigal Feaste is one of the Paly Choir’s most widely-attended events and is the biggest choir fundraiser of the year. It is unique in that it includes a choral performance, a theater piece and a meal.

The proceeds of the show will be used for the choir’s operating costs, including international trips that the choir takes.

Other profits go toward scholarships for the choir students.

Senior choir member Joao-Gabriel Carvalho De Pina will miss the memories he made with his fellow choir members the most.

“Madrigal Feaste is the biggest event for choir, and coming together, even pre-show and post show — I’ll miss those memories the most,” De Pina said. “High school definitely wouldn’t have been the same without choir.”

The choir’s goal for the Madrigal Feaste was to take audience members back to King Henry VIII’s Westminster Palace from the 15th century. The this objective in part by wearing period clothing during the shows, as well as the Friday before the shows. Within the play the costumes highlight the different in hierarchy between the nobility, gentry and peasants. The choir owns over 200 of these elaborate costumes.

Additionally, multiple choir groups perform in the show, including the Concert Choir, Spectrum, Madrigal Singers and the a capella group. Taylor Duncan, a Paly senior, reminisces on past shows as she on performs in the Madrigal Feaste for the last time.

“As a senior it was pretty bittersweet,” Duncan said. “It was bitter because this is my last time here and I’ve been doing it [choir] for the past two years, but it was sweet because it had a great outcome and I got to be with the friends I’ve made over the past two years.”