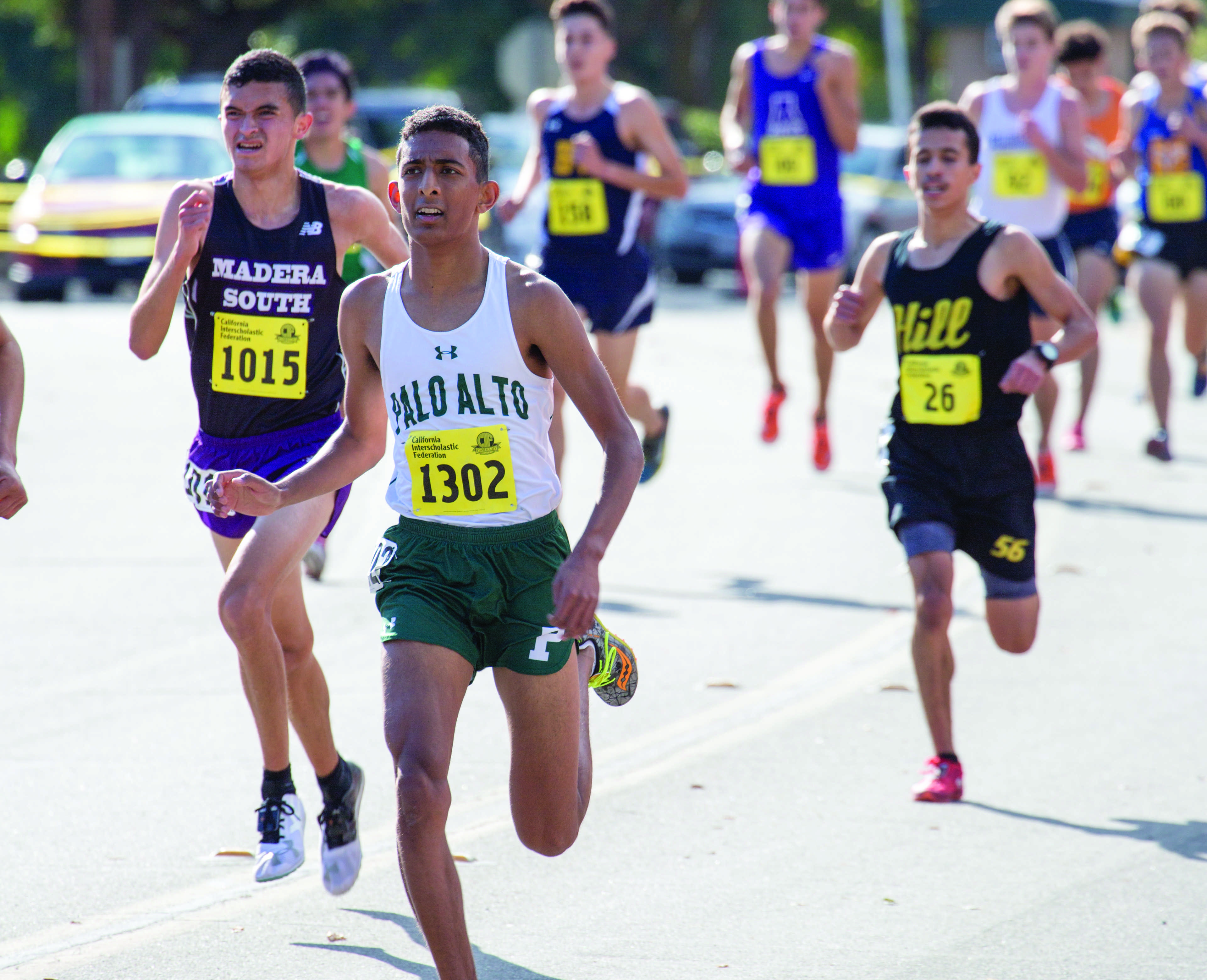 This competition was designed for the very best of the best, and it was clear that the Vikings deserved to be there.

Their performance could not be categorized as anything less than outstanding as they ended a great fall season on a high note. The Vikings also got a chance to bond as a team.

“For the most part we all had really good races,” said senior Ben Beaudry. “Being together and sharing the experience was unforgettable.”

Senior Naveen Pai led the pack of Paly runners and  managed to capture a top 50 finish among 200 of the fastest competitive runners in the state.

“He paced it really well like he usually does,” said sophomore David Foster. “He started slow but just ran people down throughout the race.”

Slaney fell sick before the race and was unable to race at his usually stellar pace.

“He was really frustrated because it was his last race at Woodward Park,” Foster said. “I think it affected our final place in the race.”

The lone girl competing for the Vikings was freshman Miranda Jimenez, who placed 135th out of 199 runners.

According to her teammates, Jimenez’s performance this year will likely be the start of a successful erafor the Vikings.

Injuries played a critical role in the boys’ performance from the very beginning.

Recurrent and chronic injuries to juniors Sam Craig and Reed Foster hindered their performance throughout the season and proved to be another obstacle in the State Meet.

Moreover, stalwart senior Kai Oda rolled his ankle before the race, forcing him to drop out.

Although the injury ruled out any chance for Oda to run, he made his presence felt by cheering on fellow teammates.

“We had a really tough season for injuries, despite this supposedly being a ‘peak season’ for our runners,” Foster said.

Next season, the boys will say a big goodbye to all of their seniors. Even with the loss, the team will not lower the team’s expectations to improve on the phenomenal season they have had.

“Our goal next year is to qualify for States again and hopefully, bring up some strong sophomore and juniors to help our scoring,” Foster said.