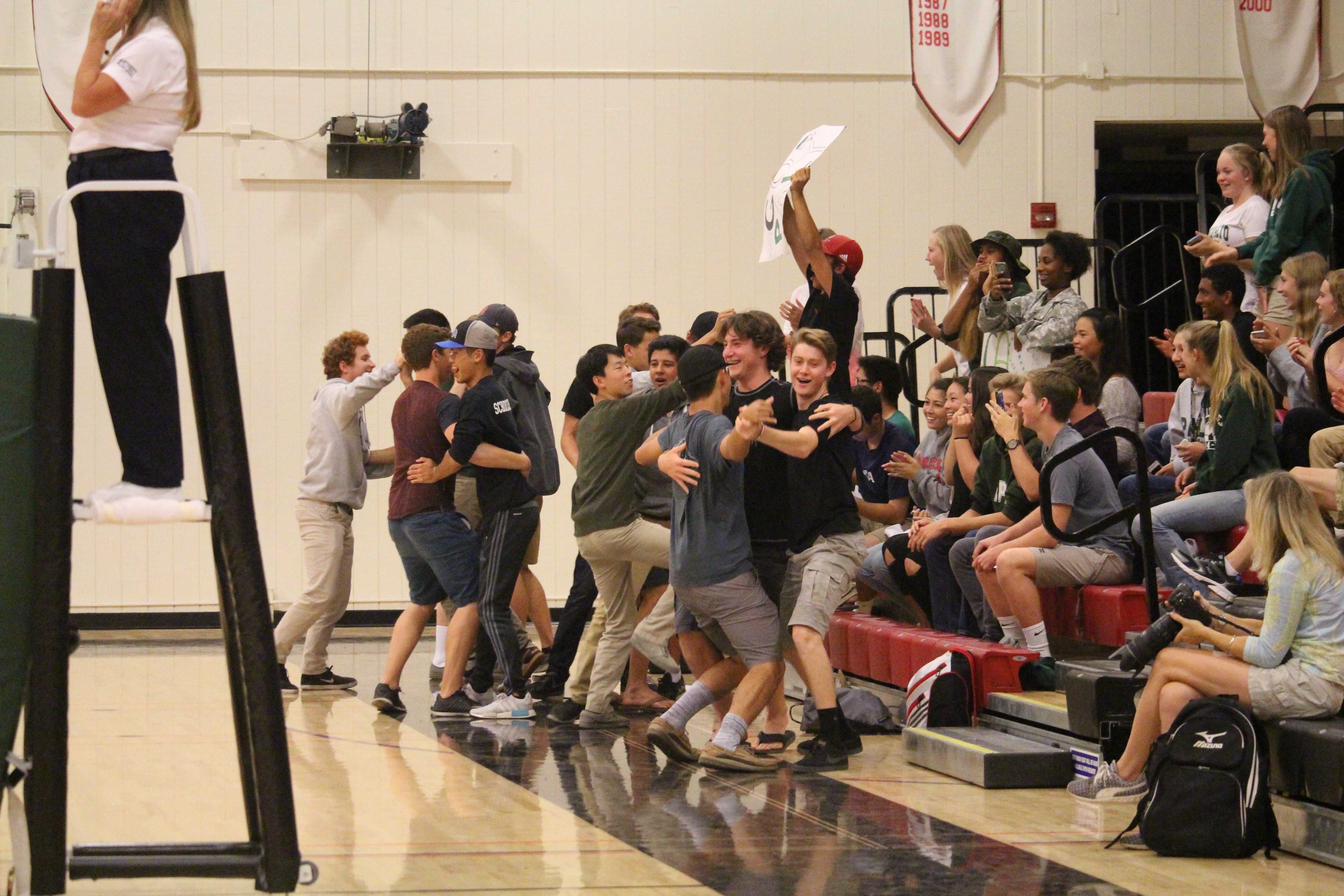 Joanna Falla
Sports
December 7, 2016
In 2015, Palo Alto High School’s girls basketball team advanced to the second round of state championships after not only dominating the De Anza division, but also winning the Central Coast Section (CCS) championships. During the tournament, Paly played against Dublin High School at Gunn High School. At the game, there were roughly 20 Paly supporters in the stands, the majority of whom were parents of the players. The only publication to cover the game was Madrono, Paly’s yearbook. Even though the Vikes had advanced farther than most of Paly’s other athletic teams, the majority of spectators were from Dublin, Calif., which is an hour’s drive away from Gunn.

This story may sound familiar to many student athletes — teams work incredibly hard throughout the season only to have their new garnered champion titles in front of some parents and loyal referees.

Though Paly is perhaps best known for its stellar academics, its sports teams are incredibly accomplished and worthy of recognition. However, community support for the majority of sports teams is minimal.

For example, the Paly gear pop-up stand is a merchandise booth run by parents supporting Paly boosters. However, the booth only goes to football games, ignoring all of Paly’s other accomplished teams. The student body has supported the teams that have performed well,  so why isn’t the merchandise following suit?

Though Paly is perhaps best known for its stellar academics, its sports teams are incredibly accomplished and worthy of recognition.

If the basis of the merchandise vendors primarily depends on the popularity of the sport, they should also put up shop at boys basketball games and girls volleyball matches.

This is not at all meant to be a knock towards the boys football team; instead, it is meant to educate the student body about the amazing sports that lack a substantial student fan base. If the sports boosters program is always struggling to stay afloat, then the obvious answer is to capitalize on the sports that have acquired a strong following.

For example, boys basketball receives larger crowds during their night games, which should incentivize merchandise vendors to continue selling Paly gear to help lessen the load of donations the parents of athletes are forced to make. Furthermore, if the vendors stay for the girls game as well, people will be more inclined to continue watching and supporting both teams.

Paly’s athletes are incredibly grateful for the new equipment and buildings gifted to the sports program, but with nobody but parents to fill the bleachers, it can be hard for the teams to feel valued. Regardless if Paly merchandise decides to follow the exciting wave of coming to more sporting events, it should be noted that all Paly sports are greatly deserving of a higher spectator attendance.

Don’t stop going to the football games, just start supporting friends who play basketball, lacrosse, soccer or any of the record-breaking teams your friends are on!