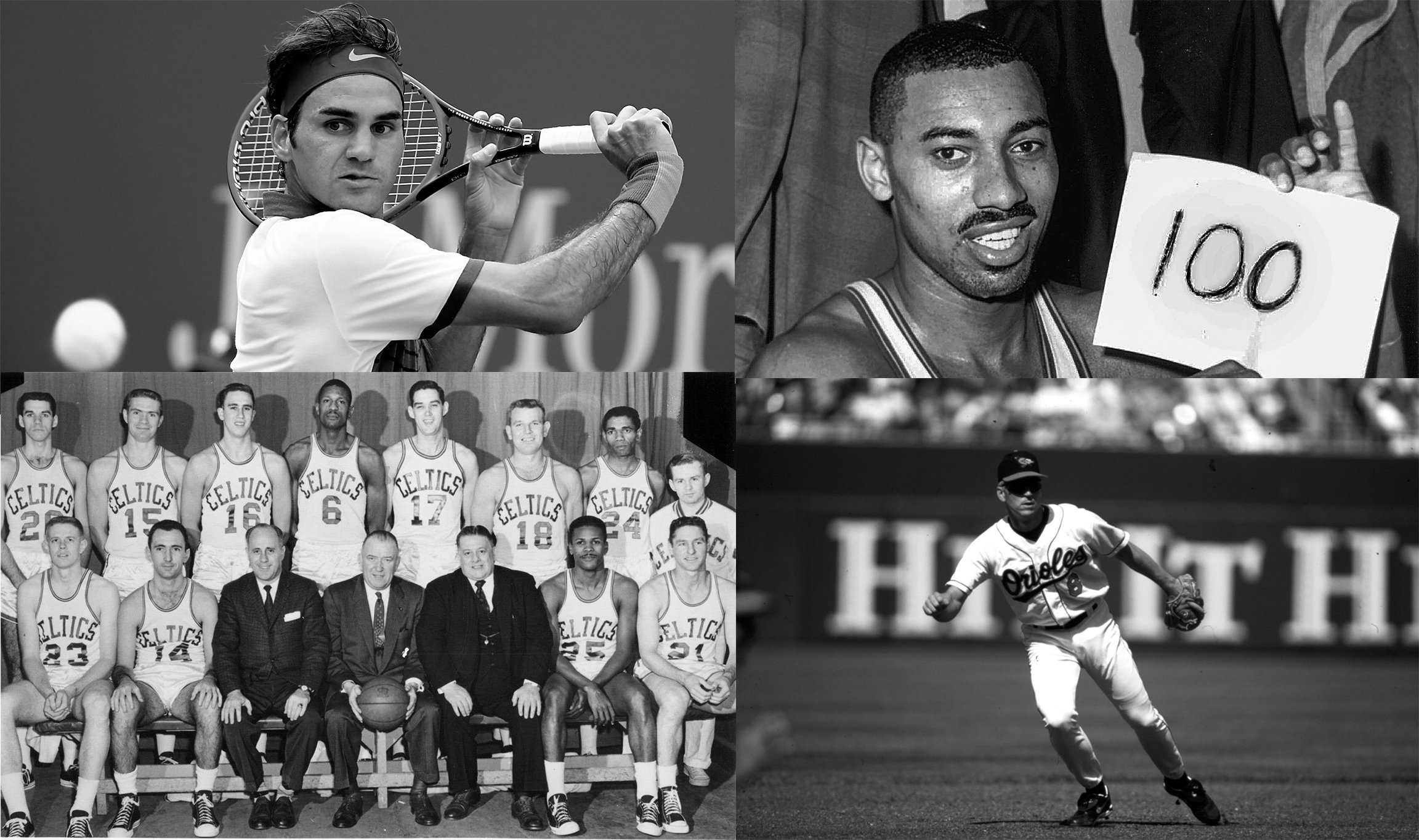 Cole Hechtman
Sports
December 7, 2016
Nine-time Olympic gold medal champion Mark Spitz famously stated, “Life is true to form; records are meant to be broken.” In most cases, this is true; however, this statement is not always valid. Many athletes across a wide range of sports have competed to leave their mark on history, but only a few are remembered years later.

These select few are the ones who have accomplished what was previously thought to be impossible, thereby setting themselves apart opponents in their sport. Here are the athletes and teams who have set some of the records that will likely remain unbeaten within the next century.

Nicknamed “The Iron Man” for his exceptional physical endurance, Ripken Jr. played shortstop for the Baltimore Orioles for the entirety of his tenured 21-year career.

During this time, Ripken Jr. played in every scheduled game for 16 consecutive years before voluntarily sitting out a game for the first time in his professional career. At the end of his record, he was 38-years-old. The second longest streak is more than 500 games behind Ripken Jr.’s and is held by hall-of-famer Lou Gehrig.

In 1941, outfielder Joe DiMaggio’s hitting streak record surpassed Major League Baseball (MLB) legend Pete Rose, who recorded at least one hit for 44 straight games. It remains one of the most impressive records in MLB history.

To make the record even more admirable, DiMaggio also maintained a .407 batting average during the record and led the American League in runs, hits and RBI’s.

In the 2016 MLB season, Atlanta Braves infielder Freddie Freeman inched towards the record with 30 consecutive hits, but ultimately failed on his quest to beat Dimaggio’s virtually impossible record.

When most National Basketball Association (NBA) fans hear the name Jason Kidd, they think of him as one of the greatest passers of all time. Kidd played for 19 years and holds the second-most assists in NBA history, yet he still has over 4,000 fewer assists than former Utah Jazz point guard and current hall-of-famer John Stockton.

Furthermore, Stockton also holds the record for most assists in a single season at 1,164 — that year, he averaged nearly 15 assists in every game. With point guard Andre Miller as the active player with the most career assists with 8,524, it seems extremely unlikely that the record will ever be broken.

In 1962, the Philadelphia Warriors set out to play against the New York Knicks. Nobody, including Chamberlain himself, had anticipated what would ensue. In fact, only 4,124 spectators attended and the game was not even televised. However, by the end of the first quarter, Chamberlain had scored 23 points, and tallied another 18 by halftime.

With minutes left in the fourth quarter, the team had adjusted to focus on getting the ball to Chamberlain. Finally, with only 46 seconds left before the final buzzer, Chamberlain made a free throw for his hundredth point. In beating the single-game scoring record, Chamberlain also set five additional shooting records.

To this day, the Boston Celtics are the most decorated National Basketball Team (NBA) — as an organization, they boast an incredible 17 championship titles. Much of this success can be attributed to the team’s incredible performance under renowned coach Bill Russell from 1959 to 1966.

Russell’s unstoppable team won eight consecutive championships, five of which were played against the Los Angeles Lakers; this would spark the fierce rivalry that still exists between the two teams. After winning the 1969 championship, Russell retired, ending the Celtic’s decade-long domination of the NBA.

The Grand Slam tournaments are considered to be the four most important events in tennis. In any tournament, a player able to advance to the semifinals is typically considered very talented, yet none compare to Roger Federer, who competed in the Grand Slam semifinals for 23 straight times over almost six years.

In addition to consistently making the semifinals, Federer also holds records for the most single championship titles, and number of appearances in the finals and quarterfinals in Grand Slam tournaments.

Prior to the 2008 Beijing Olympics, few  spectators and professionals thought it would be possible to beat former American swimmer Mark Spitz’s record of seven gold medals in the 1972 Olympic games. However, if there was anyone who was going to do it, it would be American swimmer Michael Phelps. At the 2004 Olympics held in Athens, he came close, but fell short at six gold medals.

For Phelps, this may seem like a small margin; however, just two gold medals would be a monumental accomplishment for almost any other athlete. After his final performance in the 2016 Rio de Janeiro Olympics, Phelps holds also the record for most individual gold medals, having earned 23 throughout the course of his illustrious swimming career.

While the National Football League record for single-season passing yards is over 5,000, achieving 4,000 yards in a season is nonetheless considered very impressive. In order to throw for 4,000 yards, a quarterback must average 250 yards in each game.

Like in tennis, there are four major events in professional golf that are considered the most prestigious. These four events are the Masters Tournament, the U.S. Open, The Open Championship and the Professional Golfers’ Association Championship.

From 1962 to 1986, professional golfer Jack Nicklaus won each event at least three times, totalling 18 wins. Behind him, Tiger Woods holds 14 wins, followed by Walter Hagen with 11. Both Woods and Hagen are likely to never play again, at least competitively. Therefore, the record will likely be held for years to come.