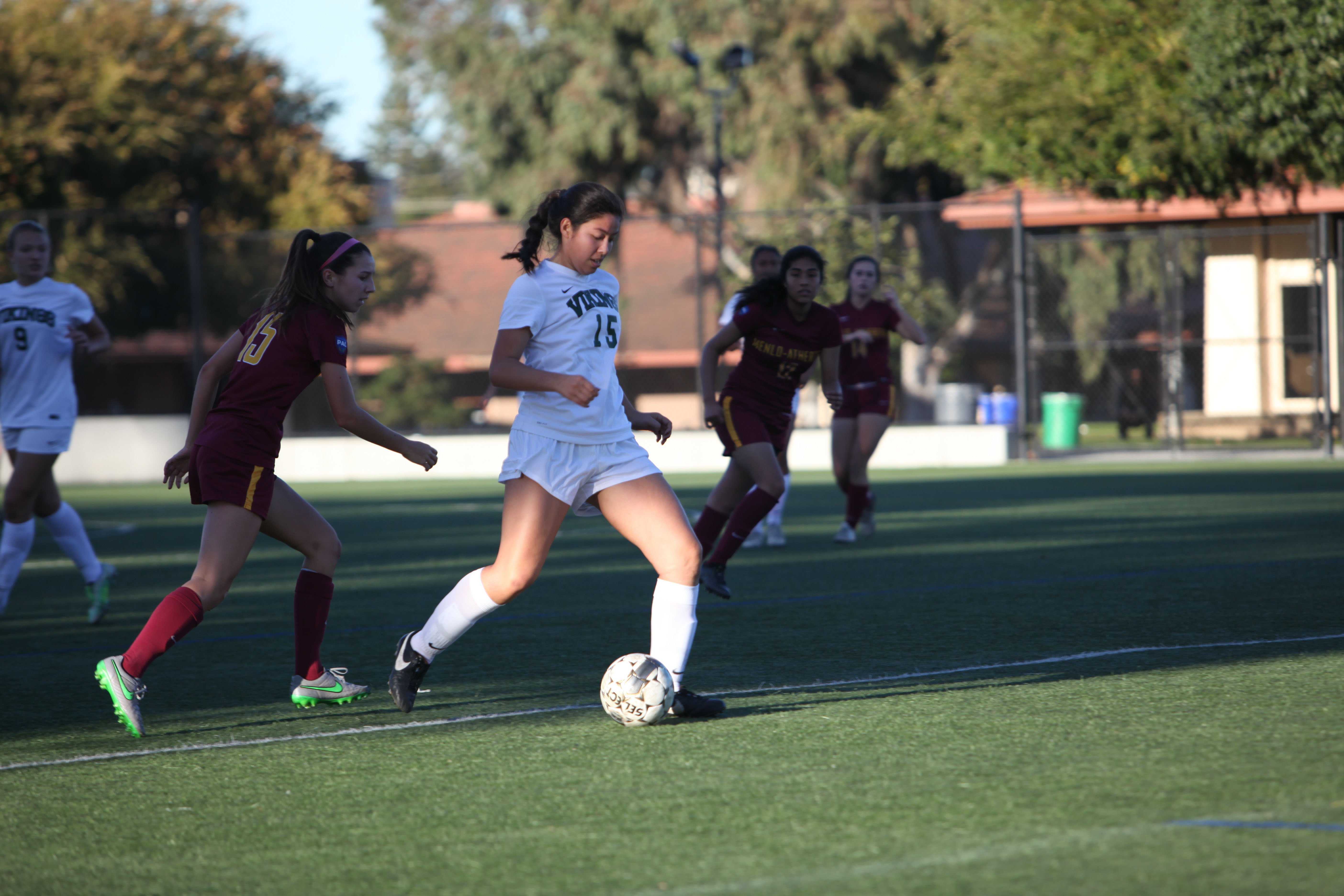 Vikes continue to conquer the field

Ehecatl Rivera-Pinedo
Sports
December 7, 2016
Following a grueling two weeks of tryouts, the girls soccer team has finalized its roster and kicked off its season with an outstanding 3-0 win against Woodside High School in a non-conference match. Everyone on the squad logged minutes in a true team effort. The three goals were scored by senior Tess Preising, junior Ally Scheve and freshman Chloe Japic.

“I definitely think that we could have put away some more goals, so we worked more on going to goal this week leading up the Gunn game,” said junior Emily Tomz. “Against Woodside, our defense did an outstanding job, and it was great to see many new players integrating smoothly into the team play as well.”

Last Friday also brought a 2-1 win in a close match against rival Gunn High School. The match was a non-conference game that was played at Gunn. Goals were scored by Japic and Pressing. Junior Darrow Hornik thought that the team was less unified in that game.

“Our team seemed to be playing more like individuals and less as a unified team, which led to our inability to make solid passes and shots,” Hornik said.

The girls also showcased an excellent performance in goaltending from junior Clara Luehrs and sophomore Kaitlyn Hanay with a total of six goals blocked.

The team is expected to perform well throughout the season, thanks to a number of talented players.

Despite having lost several skilled seniors from last year — like Jacey Pederson, who was recruited by University of California, Los Angeles — the team remains hopeful and believes that its current arsenal of players will be more than sufficient for the season.

The girls have now started practicing together, evaluating each other’s strengths and weaknesses and working on building team chemistry.

“I definitely see this season as potentially being very successful,”  Tomz said. “After finally practicing with the full team this past week, I definitely say that we have an extremely strong team this year, as everyone is focused and playing well together.”

Although the girls have only had scrimmages and no official season games, they have already set some long term goals for the season.

According to Tomz, the team’s long-term goal is winning the league. For the past two years, the team has failed to fulfill this goal, conceding first place to Mountain View.

“Of course, before we can do that we have to focus on beating Mountain View, which is always a really intense and competitive game,”  Tomz said.

The team also aims to win a title in the Central Coast Section (CCS), which has been out of the girls reach several times in the past seasons.

The team seems to be on their way to a great season. If the girls are able to pinpoint their specific weaknesses and drill through them, they will be strong contenders for a league championship and quite possibly a CCS title.