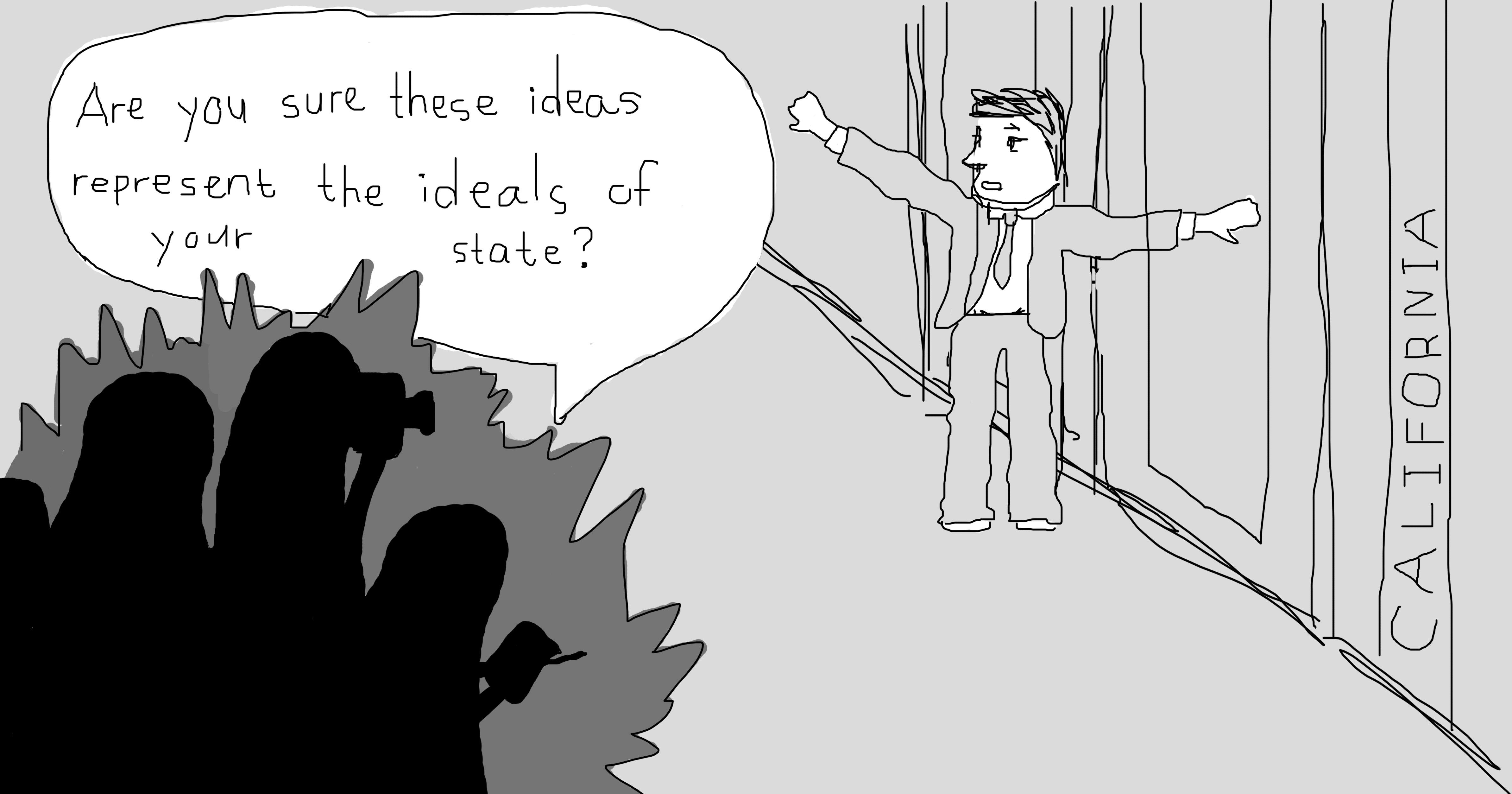 The Electoral College is an unequal, biased system

At roughly 8:30 p.m. on Nov. 8, it became clear to most Americans that Donald Trump would win the presidency. In the first few hours of the following morning, Hillary Clinton delivered her concession speech, despite winning the popular tally by more than 2 million votes. Although Trump is the current President-elect, he will not officially be confirmed until Dec. 19, when the members of the Electoral College cast their votes.

Most Americans understand that the popular vote is not what counts when electing a president. But millions often wonder how the Electoral College really works.

It’s actually quite simple. Each state gets a certain number of electors, equal to the number of senators and representatives of that state in Congress. Washington D.C. also gets three electors. The electors themselves are appointed by political parties in each state. The candidate who wins the popular vote in a particular state wins all of that state’s electoral votes (except for Maine and Nebraska), and the first candidate to win 270 votes — just over half of the total amount of electors — wins the presidency.

Why was it created?

When the Framers first drafted the Constitution, they were conflicted about one of the most crucial components of our country: electing the president. Some of the Framers wanted Congress to elect the president. However, this option made the executive too dependent on the legislature for political power.

Others favored a popular vote. However, many feared that the public wouldn’t be informed enough about the candidates, since the majority of Smerica lived in rural areas of the country. They worried that the people might choose a leader based on charisma instead of political talent or experience. The Electoral College was the perfect compromise.

Should it exist today?

The first and most obvious flaw of the electoral system is that the winner of the Electoral College does not necessarily have to be the winner of the popular vote. This has happened four other times in American history, this election being the fifth. Because of the winner-take-all system, a candidate could win a state by one vote and still take all the electoral votes for that state — whether it is three votes or 55.

Furthermore, the electoral college gives a disproportionate amount of power to “swing states,” or states that do not consistently vote for one party. States like California and Texas have an enormous number of electoral votes (55 and 38 respectively), but shift party allegiances little from year to year. Therefore, especially in a close race, it comes down to swing states like Iowa  and Florida to determine a victor. This is problematic because many people in “safe states” do not feel as if they have as much of a voice in politics, leading to consistently lower voter turnout in those states.

Another significant flaw is the role gerrymandering plays in the election. Gerrymandering — or the manipulation of electoral districts to favor one party — is a form of discrimination that has disproportionately affected minority voters. Targeting minorities, many of whom support the Democratic Party, sways the electoral vote towards the conservative end of the spectrum. This is likely why Democrats won the popular vote six out of the last seven elections but only won the electoral college four times in that period.

This is problematic because many people in “safe states” do not feel as if they have as much of a voice in politics.

A 2013 Gallup poll revealed that 63 percent of Americans believe that we should abolish the electoral college. The main concern surrounding the popular vote was that the public would not be informed enough to make a wise decision. The other concern — that the public would elect an inexperienced leader based on charisma alone — ironically never would have happened if we used the popular vote in this election instead of the electoral college.

So, what can be done?

However, abolishing the electoral college would require an amendment to the constitution, which would be nearly impossible to pass, especially now that the Republican party controls all three branches of government.

As Abraham Lincoln once said, democracy is the “government of the people, by the people, for the people.” If we can not abolish the electoral college entirely, it is time that we as a nation started respecting what the majority of the people want, rather than using an outdated system just because it is the status quo. America is based on the principle that all voices are able to be heard. Let’s make that dream a reality.