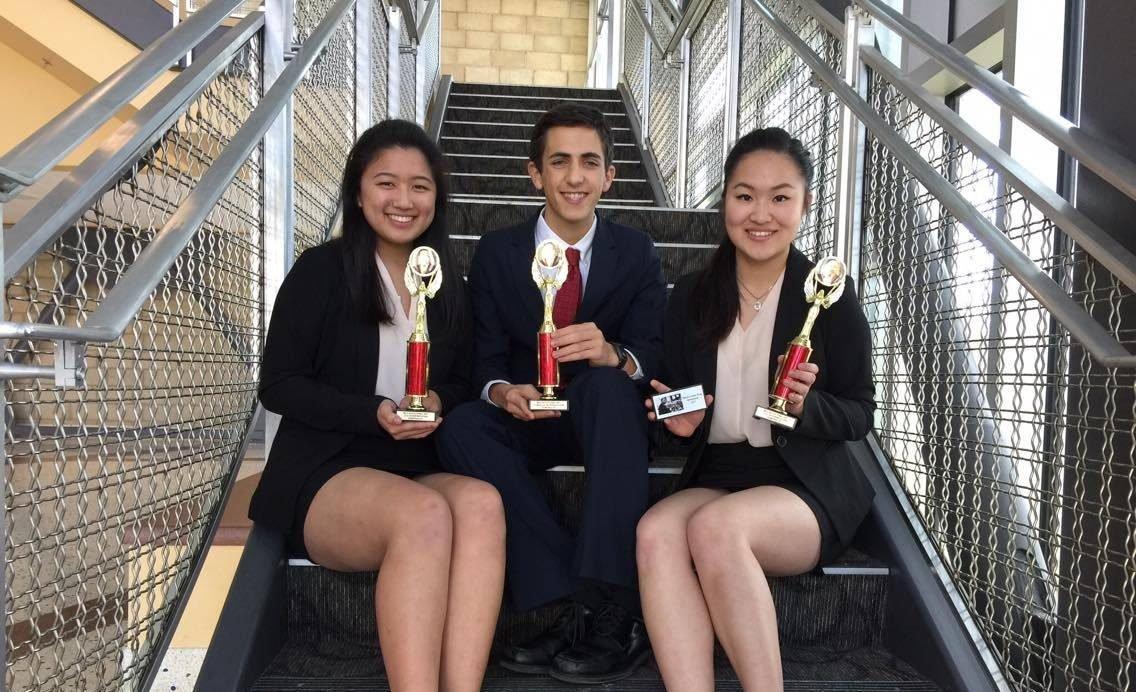 Palo Alto High School’s Speech and Debate (PASD) team made history at the James Logan Martin Luther King (MLK) Invitational and the Harvard-Westlake Debate Tournament, sustaining its dominance this season, qualifying two individuals to the Tournament of Champions and bringing back first-place trophies.

According to Jennie Savage, Director of PASD, the students’ work ethic and collaboration, the guidance of the inspirational coaches and the leadership of the team captains contributed to the team’s recent successes.

“We’re an exceptionally tight-knit, supportive team and many of our competitor schools envy that about us, in a good way,” Savage said. “Our team works together to push one another to help each individual achieve his or her personal best, and the results speak for themselves.”

As a whole, the team placed third overall at MLK, with numerous Paly Speech and Debate members making it to the elimination rounds in their individual events. This result was exceptional, considering the size of some of the other teams that attended the tournament.

David Foster, a sophomore and speech member, known as a speechie, performed phenomenally in the Humorous Interpretation event and received his second bid, qualifying for the National Individual Events Tournament of Champions (NIETOC).

“In November, I received second place for Humorous Interpretation at the [Santa Clara University] tournament and got my first bid to NIETOC,” Foster said. “This May, I hope to take Paly to the NIETOC in Missouri and use this as a chance to get more students to join our speech team so it can grow.”

Juniors Adeline Zhou and Stephanie Lee were awarded their first bid in the Duo Interpretation event. According to Zhou, they need one more bid to qualify. Lee, the speech captain, also advanced to quarterfinals in the Original Prose and Poetry event at MLK.

“I’m very proud of my teammates this weekend for demonstrating amazing work ethic and good attitudes,” Lee said. “Adeline and I originally had the issue of running way over time, so we practiced for hours and managed to cut it down. David is incredibly talented and he’s spent a lot of time and energy working on his speech, so he deserves the qual more than anyone else I know.”

Paly’s Lincoln Douglas (LD) debate team returned home with a major victory, with junior Tanay Krishna and sophomore Ashley Hitchings finishing as co-champions in the varsity division. Other notable mentions include senior Ethan Teo, junior Andrew Shieh, and sophomores Josh Singh and Evan Baldonado, who all cleared into double-octafinals. Krishna acknowledges his fellow teammates for helping him close out the tournament.

“The thing that helped me win was listening to my teammates,” Krishna said. “I hadn’t done much [research preparation] for this tournament compared to others, so I heavily relied on listening to what my team members were doing and I did my best to learn from them.”

The Congress team also achieved many successes, with sophomore Dominic Thibault placing second overall and sophomores Ujwal Srivastava and Grace Lam making it to finals, while sophomore Asia Gardias was a semifinalist. Srivastava was also the runner-up for the Presiding Officer (PO), who presides over the Congress meeting and recognizes group members to speak or move.

In addition, members of Paly’s national circuit debate team, who participate in a style of debate that is more focused on technical aspects of argumentation as opposed to persuasion and rhetoric, saw success at the Harvard-Westlake tournament in Los Angeles. Junior Frances Zhuang placed as an octafinalist, receiving her second bid and qualifying to the LD Tournament of Champions (ToC). Senior Colin Fee and junior Barry He made it to double-octafinals, just one win short of obtaining their second bids.

“Harvard-Westlake was a fantastic tournament this weekend,” Zhuang said. “Their campus was really pretty and it was great to finish my qual to the TOC there.”

Overall, Savage admires the team’s respect and support for one another.

“Students are genuinely thrilled to see the success of their teammates, even when they themselves don’t win,” Savage said. “There’s such a huge sense of respect that the students have for the mastery of their fellow teammates, and seeing the debaters in awe of the interpers during their finals performances and the interpers in awe of the debaters during their elimination rounds is a beautiful thing.”

Savage hopes to see each student strive to achieve their personal goals and continue having fun with the team.

“Our team is big, and it’s comprised of individuals who mostly have very strong, independent personalities and different goals, but we function very well in a collaborative sense,” Savage said. “We have a lot of champions, but none of them is a prima donna, which is remarkable for a team of this caliber and size.”

Moving forward, the team will prepare for their next tournament, the Milpitas Invitational, which will take place on Jan. 21-22.