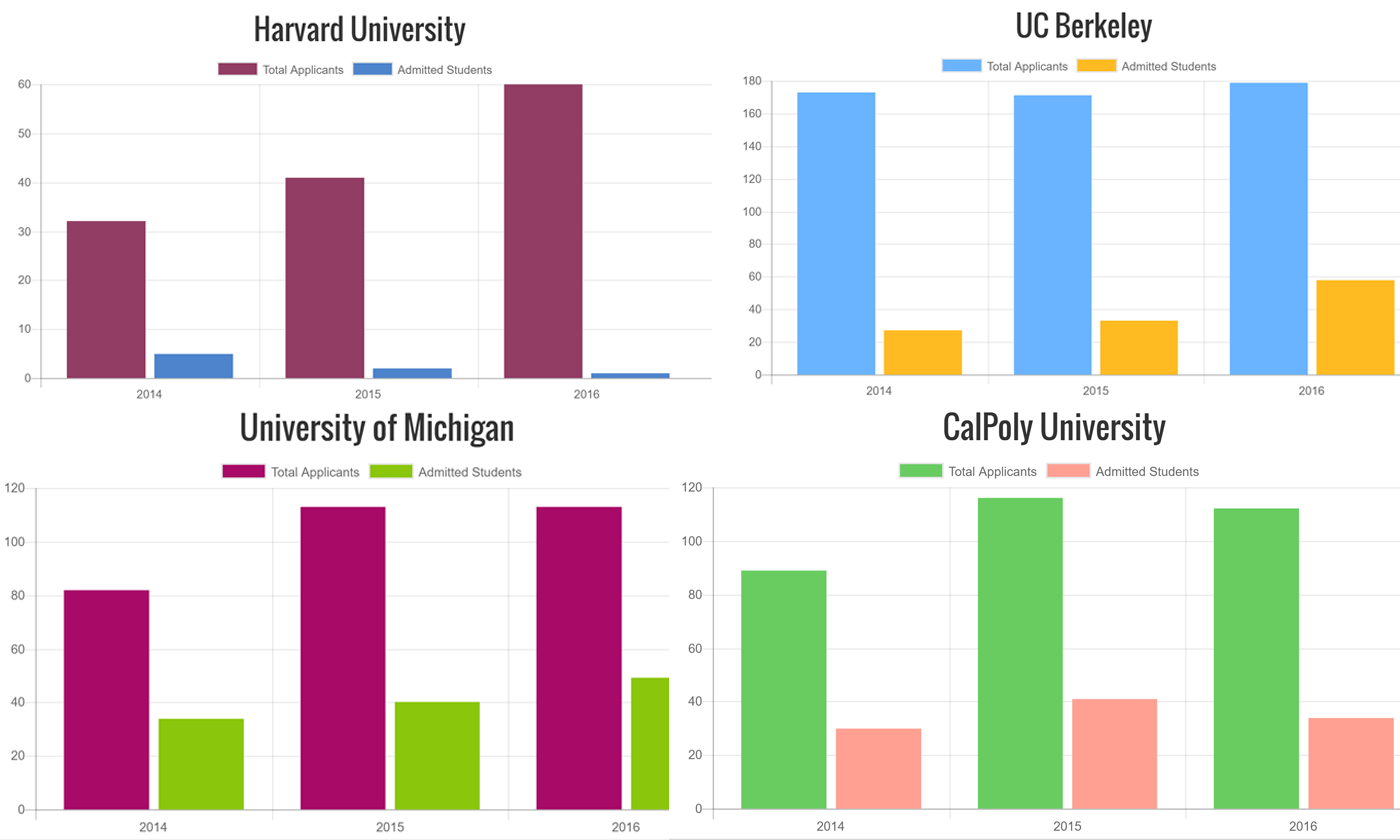 The college data of the past few years provided by Naviance displays some salient, optimistic trends concerning college acceptance rates for students at Palo Alto High School. This data compares the number of students who applied to various colleges to those who were accepted. The schools listed range from Ivy Leagues and Universities of California (UC) to less selective schools such as the University of Oregon. The aim of this article is to help educate incoming seniors and those interested in learning about how the college process has changed over the past few years. Remember, the colleges displayed are the most popular among Paly students.

Despite popular opinion, the data shows Ivy League schools continue to pick about the same number of students from Paly every year. However, the number of total applicants has dramatically increased. For example, The University of Pennsylvania consistently accepts two to three students from Paly yearly. Moreover, the Ivy League graphs don’t show that current students are being accepted at a lesser rate, rather the chances of being accepted have become more slim because more people are applying.

There is Always Hope