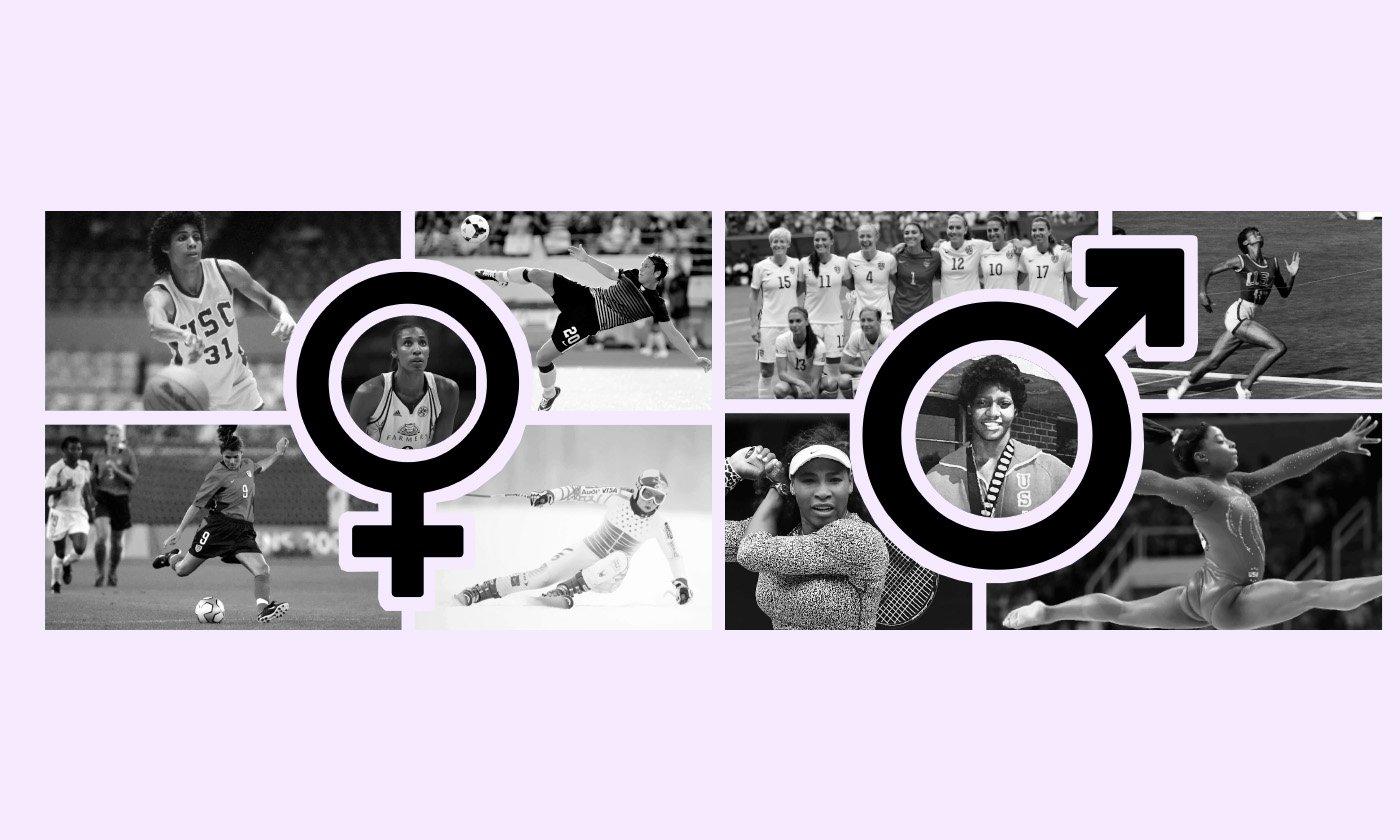 On June 23, 1972, the Educational Amendments were enacted by Congress and signed by former President Richard Nixon. Under Title IX of the amendment, discrimination against women in any federally-funded educational program, including athletics, was prohibited. Prior to this enactment, women who participated in recreational sports or were involved in informal clubs were faced with firm resistance and non-acceptance. Now, after nearly 45 years, the amendment has created a wide variety of opportunities for women in sports and led to a multitude of accomplishments for female athletes and organizations.

With the passing of Title IX came the integration of American children into previously segregated activities, especially in the world of sports. Instead of solely offering athletic opportunities to  young boys, sports programs began to expand to encompass all genders.

Previously, girls had been nudged away from higher education and sports, and instead put into traditionally more feminine activities like home economics and dance.

After Title IX passed, the narrative for women in post-high school education has been irreversibly revolutionized. In 1968, half a decade before Title IX was enacted, the number of adult men with a bachelor’s degree or higher doubled that of females. After 1972, however, the number of women with that same qualification steadily climbed upwards while the number of males stayed relatively the same. In 2012, 40 years after Title IX, the U.S. Department of Justice reported that females now had 10 percent more degrees from higher education than males.

In high school, however, the percentage of women graduating from secondary education leapt from 59 percent to 87 percent.

In a 2011 report by the U.S. Department of Commerce, statistics showed that on average more women take Advanced Placement (AP) exams than males, score higher in reading assessments and earn more graduate degrees than their male counterparts.

This new, exponential academic growth by female students has significantly affected the culture of high school sports. Just 40 years after Title IX’s enactment, the number of females participating in high school varsity athletics has skyrocketed up to nearly three million. The rise of girls in sports can be seen in the number of female athletes at high schools and universities across the country.

As of now, Paly has 13 sports for both males and females. Volleyball is the only athletic program with solely a girls team, and is one of the most popular sports for Paly students to watch. The team peaked in popularity during the 2011 season, when the Lady Vikes took home the California Interscholastic Federation (CIF) state championship and finished their season with a 44-1 record in an unprecedented success for the team and school.

At the collegiate level, the disparities between women and men’s athletic programs has greatly diminished. Before Title IX passed in 1972, athletic scholarships for women were virtually nonexistent, as most universities decided to channel funds away from women’s sports.

However, after the bill passed, universities slowly began to assimilate women’s sports into their athletic programs. Starting with the first women’s varsity soccer team at Brown University in 1977 and culminating with the University of Connecticut’s historic women’s basketball 92-game win streak that is still alive today, women have become a central part of collegiate athletics.

The creation of different women’s leagues following Title IX has also resulted in talented female athletes gaining worldwide recognition. One of the most popular leagues for women in sports is the Women’s National Basketball Association (WNBA), which was created in 1996.

Beginning with a mere 16 former Olympians, the league has expanded into 12 competitive teams with many of the world’s best players. This year, the WNBA is home to household names such as Maya Moore and Skylar Diggins. The league has already created millions of dollars in revenue from broadcasting and the thousands of fans attending games.

However, the WNBA is only one of many leagues and organizations that have been created since Title IX. The amendment has also significantly changed the presence of women participating in the Olympic games. In fact, women made history during the Rio de Janeiro Olympics in 2016 after making up 52.7 percent of the U.S. Olympic Team in the first year that female American Olympians outnumbered their male counterparts. Before Title IX, anywhere from zero to 80 women had represented the U.S. in the Olympics. However, that number has continued to increase exponentially up to this point.

In the past 45 years, the world has witnessed different American women make history for their country. These women include Margaret Abbott, an Olympic golfer who became the first female Olympian, Wilma Rudolph, the first black woman to win three gold medals in a single Olympics and Allyson Felix, the most decorated women in U.S. Track and Field history with nine medals and countless others.

More recently, sisters and tennis players Serena and Venus Williams have taken the sports world by storm. Combining for 120 different singles titles and 22 doubles titles, the pair have brought women’s tennis to the forefront of American sports culture. Women’s tennis became popular in the 1970s after Title IX with the rivalry of Chris Evert and Martina Navratilova. After these two retired, Steffi Graf and Monica Seles stepped into the women’s tennis spotlight before giving the stage to the Williams sisters.

Title IX was also responsible for the increasing popularity of women’s soccer in the 1970s. Although the first women’s league was created in 1951, the league had severe restrictions, and women’s soccer was not recognized as a college sport. More organized forms of soccer arrived in the 1970s, and by the 1980s there were several college varsity teams competing. All of these events led to the creation of the USL W-League, the first national women’s soccer league, in 1995.

Around the same time, the United States Women’s National Soccer Team (USWNT) was established. The team’s most influential and momentous victory came in the 1999 World Cup. Led by Julie Foudy and Kristine Lilly, the USWNT defeated China’s national team with a score of 5-4 in penalty shootouts. The impressive victory brought the women’s team onto the world stage and additionally brought a mass of media attention to women’s soccer and athletics in general.

Although there remains a discrepancy between female and male athletics, the gap has drastically improved and still continues to take steps towards complete gender equality thanks to the enactment of anti-discrimination bill Title IX into law. Ever since Richard Nixon put pen to paper and signed equality policies into the United States law, the trajectory of the development of young boys and girls has taken a drastically different course.