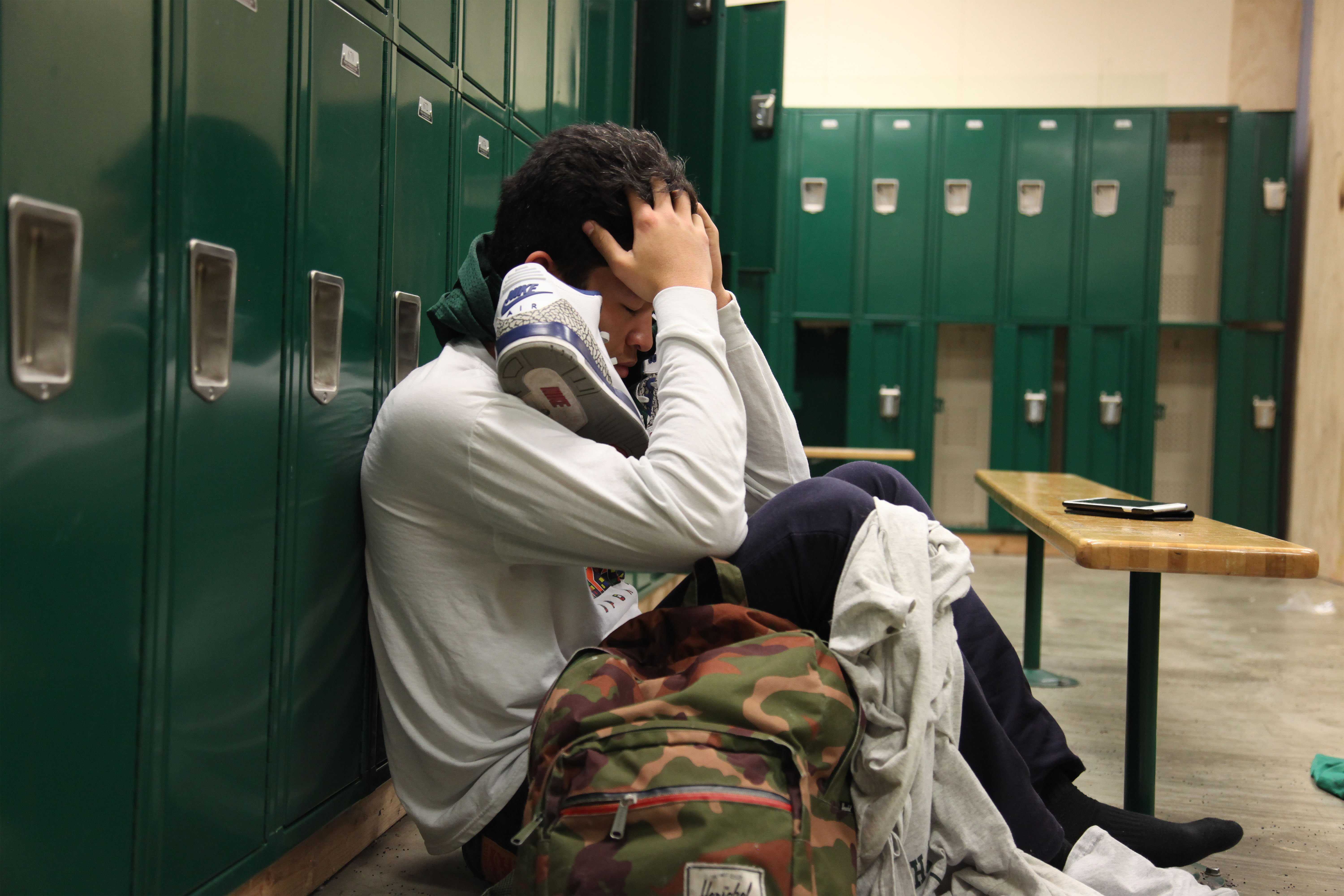 Adecade or so ago, hazing was not uncommon at Palo Alto High School. At times, players were plastic-wrapped to benches, sucker-punched in the groin and subjected to feelings of humiliation and vulnerability.

Yet now, unlike the scene depicted in an award-winning 2007 Viking Magazine article, there has not been any hazing complaints in the past two years, according to Athletic Director Kathi Bowers.

However, an ongoing debate around what exactly constitutes hazing still remains, particularly regarding the boys varsity soccer team and its annual haircuts.

Aside from the often unsafe nature of hazing, a lack of recognition and reports of these rituals can be just as dangerous.

Hazing, a “rite of passage” that is forced onto new players on high school and collegiate sports teams, involves participants performing degrading tasks at the command of players with more seniority, and is carried out under the guise of friendly team bonding.

Aside from the often unsafe nature of hazing, a lack of recognizing and reporting these rituals can be just as dangerous.

“If you are in a group and you are going to do something that could be construed as hazing, your best bet is to ask questions to teachers or administration just to make sure because you might not intend to haze someone but it might still be hazing,” said Paly Assistant Principal Jerry Berkson.

In the same study, a survey concluded that 31 percent of the time, hazing activities made students “feel like part of the group.” Furthermore, more college students perceived hazing as having more positive benefits than negative, with only 11 percent feeling “stressed out” by the activities. However, there exists an extremely fine line between hazing and positive team bonding.

The sentiment that hazing is a form of team bonding likely stems from the fact that it is deeply rooted within sports culture. This means that even with rules and regulations it is not always enough to change any secretive, longstanding traditions.

“In order to begin to eliminate hazing, a culture shift is required and needs to be embraced,” said Alex B. Diamond, assistant professor at Vanderbilt University School of Medicine, in an interview with Reuters Health.

Paly administrators believe that in order to combat the toxic hazing cultures present in high school and college locker rooms, athletes have to understand that hazing affects an athlete’s mental health and even their performance on the field.

Furthermore, coaches must take strict action if they believe senior players are hazing newcomers –– acknowledging hazing and its effects is key to its prevention.

“Last year we did a Positive Coaching Alliance Event and this came up at the end of that conversation it was decided if people had the option to do it or not do it, it’s not hazing and it’s only if it makes somebody uncomfortable,” said Bowers. “Our coaches are our first line of defense; they are the ones we expect to uphold our values, which includes no hazing.”

The focus at Paly these last few years has been primarily on the boys varsity soccer team. Every winter, varsity players can be seen on campus flaunting their new haircuts, all of them intentionally awful. Ranging from random designs to mustache-and-sunglasses duos to pop culture references, these haircuts embody one of Paly’s longest-lasting traditions.

According to co-captain and senior Derek Schoenberger, what separates this tradition from hazing is that players have the right to opt out of the haircut if they feel uncomfortable with it.

The focus these last few years has been primarily on the boys varsity soccer team. Varsity players can be seen on campus flaunting their new haircuts every winter, all of them intentionally awful.

The Paly Athletics Handbook, revised in May of 2016, states if a student-athlete violates the code of conduct, which includes “any conduct or method of initiation into any student organization that willfully or recklessly endangers the physical or mental health of any student…playing time may be reduced, and the student may be removed from the team.”

Paly’s no-tolerance policy toward hazing is designed to encourage victims and witnesses of hazing to report dangerous team initiation activities to administrators. Additionally, it promotes awareness of what hazing may look like, and puts the responsibility on coaches to report hazing if their players do not.

“It is important for my players to understand that picking on a teammate is not tolerated within our program,” said football coach Danny Sullivan. “In my recent coaching life, I have dealt with hazing with team punishments to discontinue those acts as quickly as possible.”

On the other hand, from a student-athlete’s point of view, the administration can impose on teams’ abilities to foster their own, personal culture regardless of involvement in hazing practices.

“Athletes have been very flexible in adapting their traditions to conform to the administration’s rising demands over the years, but as the administration asks more and more of the athletes to change, it seems that some of the values and traditions that teams hold onto are beginning to be lost,” Schoenberger said.

Now, the soccer team may face losing their beloved tradition of haircuts.

“Our coach has never really liked the tradition; he has said that this year was the final year the haircuts will happen,” Schoenberger said. “He thought it was edging on being considered hazing. And I think administration has the ability to disband the team or punish the team somehow if the team participates in hazing. He most likely just wanted to eliminate any possibility of that happening.”

“The kids should really talk to their parents about what they should do. If the parents are really against it, we’re not going to force them to do it… [any conflicts] should be resolved before it comes to [the team].” Michel-Ange Siaba

Varsity soccer coach Don Briggs did not respond to requests for comment.

Senior co-captain Michel-Ange Siaba said his coach likely did not want to deal with any parent complaints either.

“[The coach] received a couple emails from concerned parents about haircuts,” Siaba said. “What we told those parents was that if [your child doesn’t] want to get a haircut [they] don’t have to.”

Siaba said most parents were concerned with how the haircuts looked rather than if they were or were not hazing.

“The kids should really talk to their parents about what they should do,” Siaba said. “If the parents are really against it, we’re not going to force them to do it… [any conflicts] should be resolved before it comes to [the team].”

However, Schoenberger said that despite the coach’s warning, it is up to the judgement of future players if this tradition will continue or not.

Although coaches, players and administration alike can agree, in theory, on when team bonding activities cross into the realm of hazing ­­— if students ever become unwilling participant –– specific cases of hazing do remain in a gray area.