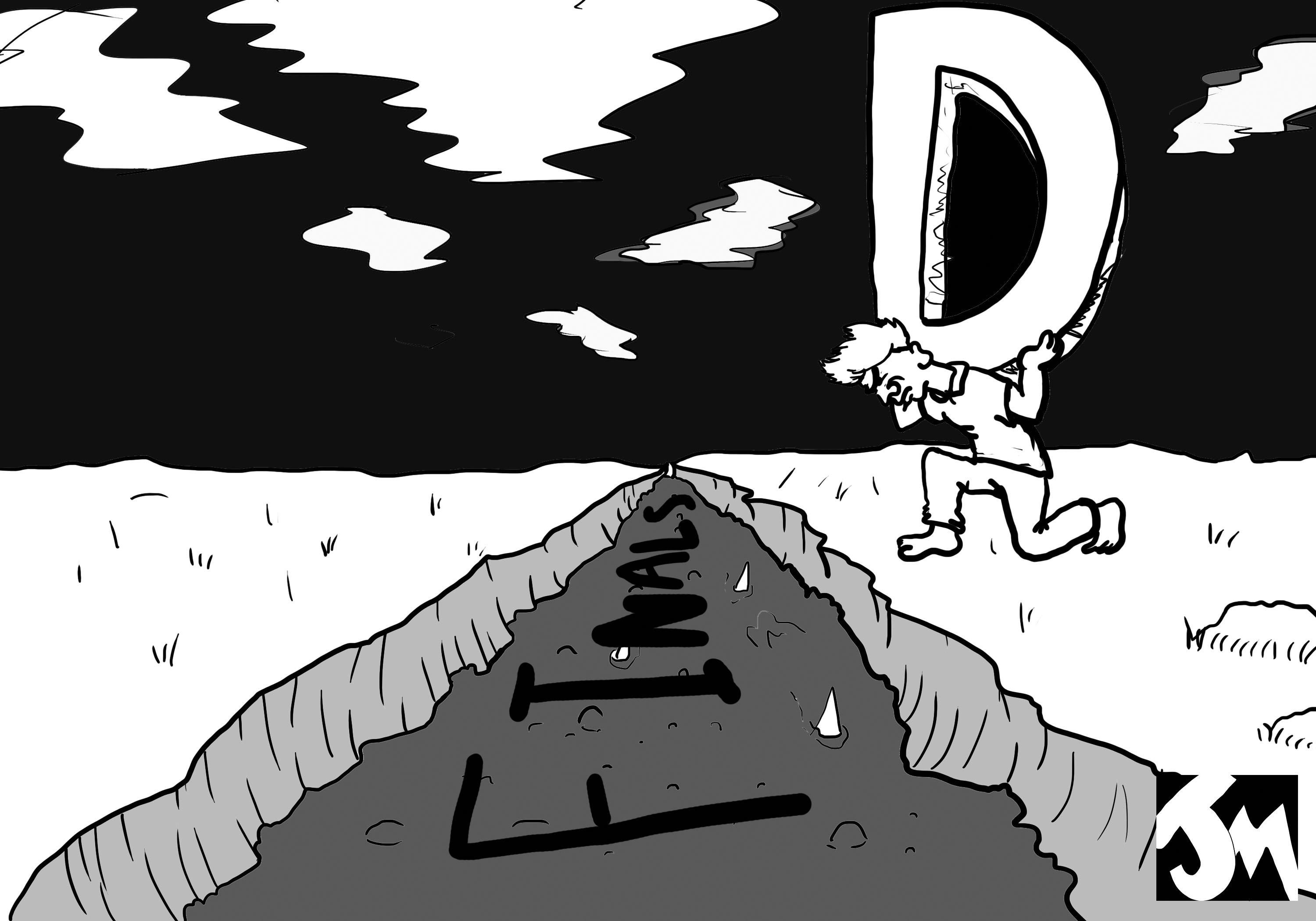 Benjamin Beisheim
Opinion
February 1, 2017
Rape is wrong in India and in Iceland, in Syria and in Spain, in Mali and on the moon, and in England and everywhere else. Mahatma Gandhi was a better man than Adolf Hitler. If you can accept these two claims, you are well on your way to immunity from one of the most delusional and pernicious ideologies currently burdening liberal thinking circles.

Skepticism is great. Serving as the basis of the Scientific Revolution, the practice of tenaciously questioning everything has allowed for all of the luxuries which we have become so enthralled with as to take them for granted. You are able to read these words only because Johannes Gutenberg wondered whether scribing was really the best way to disseminate information. If you are reading this on a computer, you have Alan Turing and his countless successors to thank. Practically every piece of modern technology follows a developmental regression line that leads directly to the Scientific Revolution. Utilitous as skepticism may be, the old proverb: “too much of a good thing can make you sick,” holds true.

In a vein that borders solipsism, many postmodernist thinkers apparently believe that reality is determined by the observer. Each individual has her own reality, and none exist independent of the observer. Laughably, advocates of this delusion pedal their misunderstanding of Heisenberg’s uncertainty principle, undiscouraged by their invariable lack of scientific distinguishment.

Before you grow exasperated by my esoteric ranting, allow me to explain the relevance of my provocative introduction. Most dangerous amongst the manifestations of postmodernist delusionism is the philosophy of moral relativism. A dedicated moral relativist would argue that while it may be wrong for you to beat your wife for wearing clothing which you did not approve of, given the proper cultural conditions, it is perfectly appropriate for a man in Saudi Arabia to do the same. As you move further along the scale of dedication to the ideology, you may find it necessary to admit moral equivalence between Mahatma Gandhi and Adolf Hitler.

Those readers entirely unfamiliar with the theory of moral relativism may be wondering how anyone possessing even a paucity of intelligence could believe something so unintuitive. Yet as exemplified by the paroxysm of fear we feel when a monster pops up on our television screen, our intuitions are often unreliable as a means of achieving accurate understanding. And so, despite its unintuitive nature, the theory of moral relativism warrants our interest and intellectual engagement, for as pernicious and inconvenient as the idea is, these qualities do nothing to disqualify its veracity.

What renders moral relativism invalid is it’s erroneous presupposition that morality is merely the values we choose to adopt. While it is true that people tend to value their perceived distinction between right and wrong, this distinction is the basis of morality, not the value of it. In other words, morality is a question of what is right and what is wrong, and a sufficient objective criteria for this does exist. That which is moral is that which brings about positive experiences in conscious beings, while that which is wrong is that which brings about negative experiences in conscious beings.

It may seem that the experience of conscious beings is a matter of subjectivity, and that’s because it is — exactly what subjectivity.

However, we also know from neuroscience and a host of other disciplines, that subjective changes correspond to objective ones. There are parts of our brain which activate under certain pleasant and unpleasant conditions. When you are happy, a different set of neurons fires off than when you are sad. The neurological difference between winning the lottery and losing a loved one is as real as the physical difference between water and air. Thus, there are facts to be known about the realities of human and animal happiness, and these facts must be the basis of morality, if morality is to mean anything.