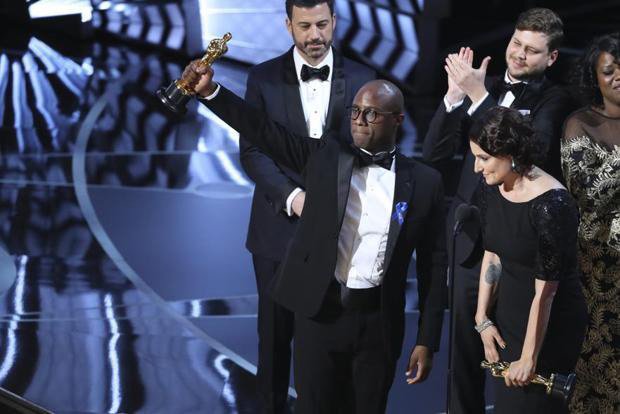 After the 2015 Academy Awards, hardly anyone was talking about the winners. Much of the public conversation centered around the fact that the major categories were noticeably absent of people of color, sparking the creation of the hashtag #OscarsSoWhite. Unfortunately, in 2016, although the hashtag did not make a major resurface, the lack of minority recognition did.

For years, the Academy has featured a noticeably white nominee list. In 2015 and 2016, the lack of diversity sparked public outrage. Thankfully, 2017 will not be the third year for this to continue.

This year’s Oscar nominations feature a list of nominees that are remarkably diverse, and it matches the all-time record for the most racially diverse Oscar lineup, seen in 2007. For best actor, Denzel Washington is nominated for his role in “Fences,” while Ruth Negga is nominated in the best actress category for “Loving.” The best supporting actors and actresses categories featured an additional four African American nominees.

Not only were more minority actors nominated this year, but the smaller categories are also much more representative of people of color. This is only the second year in history that a minority producer has been nominated, with Kimberly Seward up for her film “Manchester by the Sea.” The diverse nominations earned praise from the African American Film Critics Association (AAFCA).

“The African American Film Critics Association is totally thrilled with the record-breaking number of nominations earned this year by actors and other creative artists of color,” said AAFCA President Gil Robertson IV. “AAFCA applauds the Academy’s efforts and we hope that their progress continues to reflect America’s rich diversity.”

The Academy definitely deserves some recognition and credit for their effort to honor the creative works of all its contributors.

The difference this year stems from two factors: the obvious one is that there were simply more Oscar friendly movies featuring people of color this year. The second, and more important, reason is that the media and voters are thinking differently about what type of movies are Oscar worthy.

“Fences” and “Hidden Figures,” both with multiple nominations in the major acting categories, could  be considered Oscar bait in their own way. “Fences” is a remake of a loved Tony-winning classic, including what many consider to be the best performance of the year at its center.

“Hidden Figures” was a major box office hit, and plays on themes of female and minority empowerment. Both movies were similar in theme and genre to past nominations while at the same time giving the opportunity and the space for black actors to shine.

One of the surprising nominated films is “Moonlight.” It was fairly unadvertised in comparison to its competitors, and has a cast of relatively unknown actors. The subject matter of the movie makes it a daring choice. That a deep meditation on black masculinity, one that hinges on its protagonist’s discovery of his sexuality, earned a total of eight Oscar nominations. It is a testament to voters and Oscar watchers for keeping the film and topic in mind and in conversation. A more obscure movie needs all the exposure it can get.

The numerous nominations for “Fences,” “Hidden Figures,” “Moonlight” and the drama “Lion” should send an obvious signal that movies about and by people of color are worth producing, promoting and honoring.

While this is an important year for people of color and indicates a step toward positive change, it does not fix #OscarsSoWhite. Next year’s nominees could very easily exclude people of color once again. One year of diverse nominees does not, and should not, make up for decades of  ignoring the work of minorities.

The key is to change the way we think about Oscar movies. Progress requires both excitement about the present and ambition for the future. That’s why deeming #OscarsSoWhite over is such a mistake: It is not about fixing things now. It is about changing things for good.