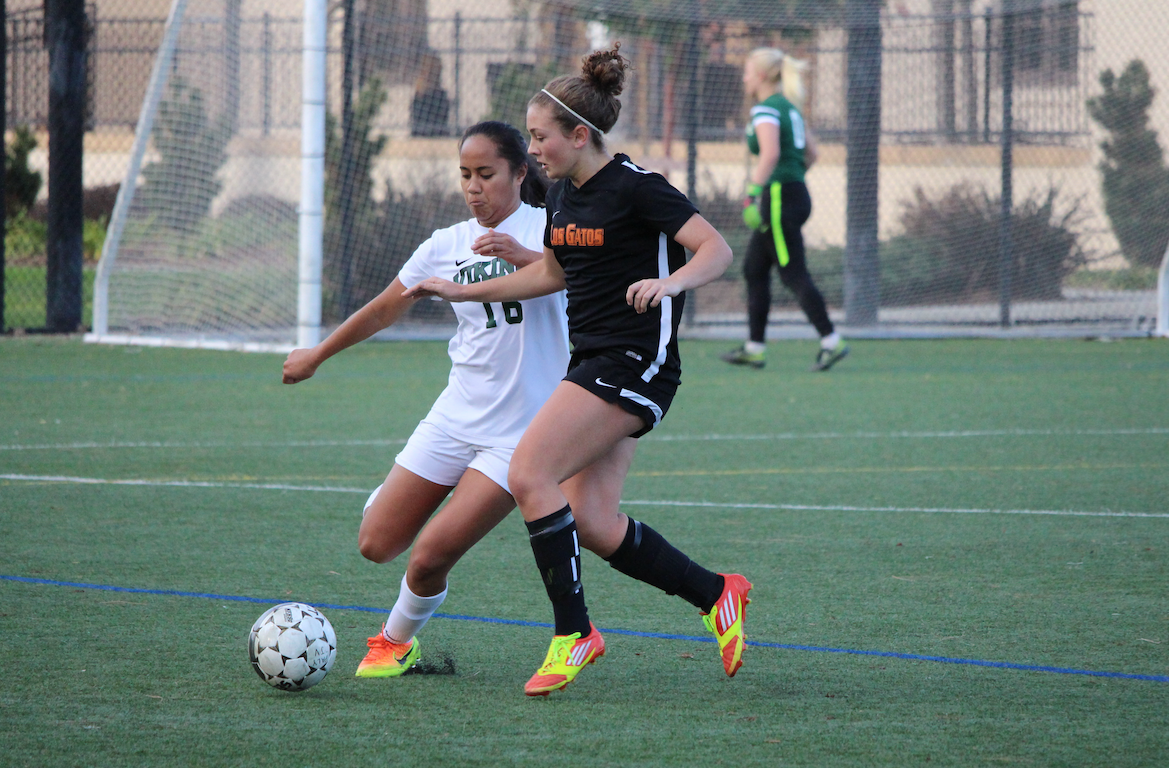 Ehecatl Rivera-Pinedo
Sports
March 1, 2017
We Are the Champions” is a song written by the British rock band Queen, first released on their 1977 album News of the World. It is one of Queen’s most popular songs, and one of rock’s most recognizable anthems. While weak in comparison, the song represents the girls varsity soccer team’s legendary feats. As the band rocked stages across the globe, the girls have rocked the pitch, wiping the floor with the majority of their competitors.

The girls finished an outstanding season, remaining undefeated in the league with a record of 14 wins, zero losses and four ties. At the end of the season the girls ranked eighth in the state and 18th in the nation. Yet the girls were knocked out of the Central Coast Section (CCS) tournament in their first match.

Fueled by the adrenaline from having destroyed their biggest competitor in their league, the girls headed into the last few games of the season with magnificent optimism.

They ended the season with three more wins against Santa Clara, Los Gatos and Fremont. Like the British rock band, the girls blew the audience away, dominating Santa Clara with an convincing 6-0 win.

Overall, [Menlo-Atherton]  came out with more competitiveness and they seemed to want the win more.’’

The girls bussed down to their match against Los Gatos. The score was closer than the one against Santa Clara, yet the team was still able to nip a 1-0 win. The lone goal was scored by junior Emily Tomz. With the win, the girls advanced with their 13-0 record.

The final match of the season against Fremont High School arrived with great anticipation.

The game against Fremont nearly replicated the score against Santa Clara as the girls smashed the visiting team with a margin of 5-0.

As the final match of the league, the girls walked off the pitch sporting an undefeated 14-0 record. After soaking in the spoils of three victories, the girls headed into the CCS tournament with high hopes.

“Prior to the CCS match against MA, we had a lot of confidence as we had beaten them 5-0 before,” said sophomore Caroline Furrier.

Unfortunately, the girls were unable to score a goal and faced a terrible vanquishment: a 3-0 loss. Although the team had a great record throughout the season, the girls were not able to work together and make  cohesive plays.

“Overall, [Menlo-Atherton] came out with more competitiveness and they seemed to want the win more,” Furrier said.

The match was a bittersweet note to end on but it did not demonstrate the girls highest potential and does not reflect the girls outstanding performance throughout the season.