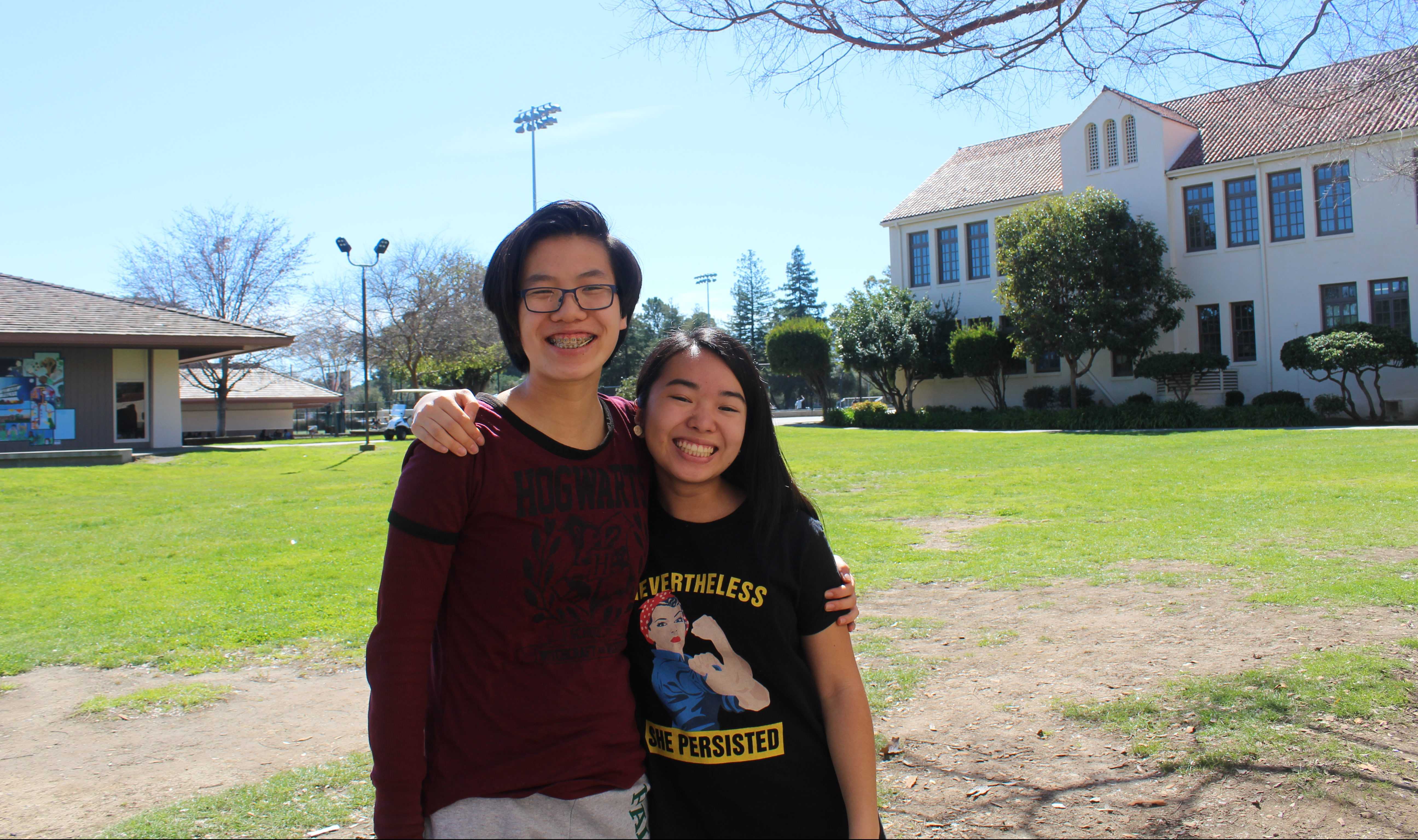 Students and Teachers Participate in ‘Day Without a Woman’ Protest

Women across the United States celebrated International Women’s Day on March 8 by participating in the “Day Without a Woman,” a protest in which women abstained from working, spending money and caregiving.

According to the Women’s March website, the purpose of the mass strike was to “act together for equity, justice and the human rights of women and all gender-oppressed people, through a one-day demonstration of economic solidarity.”

The organizers asked women to take the day off of work, and refrain from spending money or caring for family members in an effort to make the public realize how much women contribute to both the economy and society.

They also advised women who were unable to participate (and men who wanted to show support) to wear the color red in solidarity. However, some Paly students felt that there was more to be done.

“Change to me requires sacrifice,” said senior Nadia Leinhos, who did not attend school on March 8. “In this instance, I felt that writing to our state senators about the protection of all women’s rights (including trans women’s rights) was more important than a day of sitting around in class.”

Along with the strike, marches and rallies were held in cities around the country, including San Francisco, Berkeley, San Jose and Oakland; many students participated in these as well.

“Like many of my peers I am very passionate about women’s rights,” said junior Claire Billman, who attended a rally in San Francisco. “I knew that this was something that I had to do.”

Palo Alto High School teachers participated in the strike as well. Of the 45 staff members who protested, 31 of them were teachers.

The demonstration led many schools in the U.S. to close due to staff shortages, and some small businesses closed for the day in solidarity.

“I felt empowered,” Leinhos said. “I ran into a friend of mine who told me most of his teachers were substitutes today. I got a message on Schoology from my Advanced Authentic Research (AAR) teacher cancelling today’s class because the District couldn’t find a sub. I knew I was standing up for the same things my teachers were today, and that so many districts across the country were feeling the effects.”

The “Day Without a Woman” protest was coordinated in part by the organizers of the Women’s March, a massive series of assemblies that took place in cities across the nation the day after President Trump’s inauguration.

However, plans for  the day’s events began in Oct. 2016 in response to massive women’s rights demonstrations in Argentina and Poland.

The International Women’s March organizers reached out to activists in several different countries and partnered with the creators of the Women’s March to promote the strike in the U.S.

“I think it’s a good form of activism to make your voice known by doing something, by taking some kind of action,” said Christopher Eggert, a Paly history teacher. “This is a concrete [action] by women removing themselves from respective places in the workforce. It’s not like, ‘imagine what it would be like if we weren’t here,’ it’s ‘okay now we’re not here, now see the effect.’”

Although International Women’s Day is over, many activists hope that the spirit of the event lives on.

“I’m hoping that people recognize the power in somebody’s voice,” Hagan said. “If I could teach you guys anything, I would teach you how much power you have in your voice.”