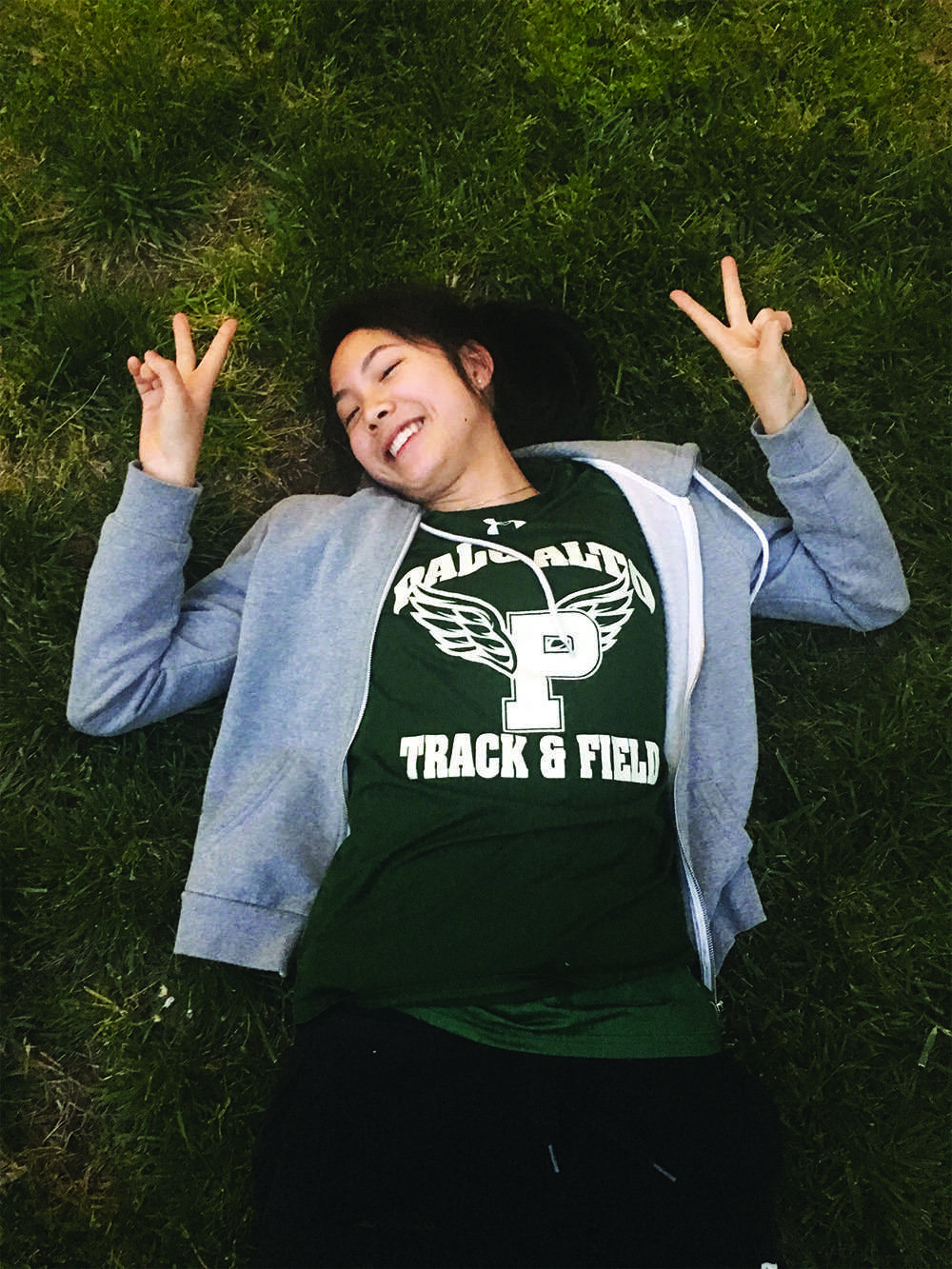 Why a lazy senior still does track

As a senior who is quite mediocre at running, you may wonder why I do track and field. After all, it’s not like I need a prep to escape Physical Education. To be quite honest, a lap around the track still leaves me breathless and I’d prefer not having to shave my legs as often.

Like all other “spring” sports, track starts in the dead of winter — the thought of running in the wet and cold weather voluntarily after school was at first not extremely enticing. However, the following rationale eventually led me to get my athletic “Green Card” and continue running for Paly.

Most gyms are pretty expensive, except for the YMCA, which means everyone goes to the Y. Knowing that peers are watching me while I work out at the Y makes me quite self-conscious — especially when I am drenched in sweat from only doing two and a half reps of push ups or flailing on the elliptical.

Athletic clothing is super in right now. Normally, I would feel bad splurging on rather plain clothing, but track gives me an out. If it is all in the interest of staying in shape, I’m all for spending $80 on a hoodie!

Malcolm Slaney and Mark Foster are names to be revered in the Paly Track community. Rain or shine, these photographers will be at the meets to capture your most tender moments. On the stands, at the end of the jumping pit, at the last curve, these photographers will stop at nothing to get your most flattering expressions. Without fail, these photos will be uploaded a Flickr album for all of your peers and parents too gawk at.

As petty as it sounds, doesn’t everyone want someone to miss them when they graduate? Outside of class, I rarely interact with students from other grades, but in track, the few seniors on the team don’t really have much of a choice. I’ve gotten to know some amazing individuals from other grades at track, but more importantly, they’ve gotten to know me! At least a few will remember the mediocrity that is my athleticism.

I had promised myself (and colleges, though that is a separate issue altogether) to see my four years at Paly track through. I may have peaked sophomore year, but track is more than just times and distances. The camaraderie that is built on ice baths and shin splints almost makes all the pain worth it.